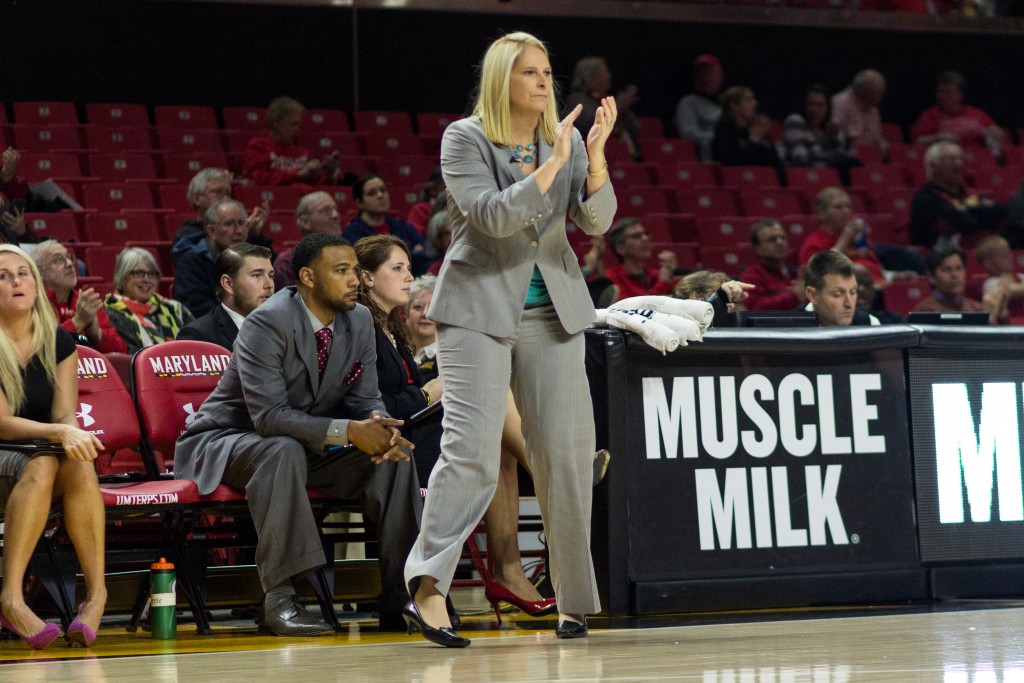 The rosters for the men’s and women’s McDonald’s All-American games were released on Tuesday, and Maryland’s Mark Turgeon and Brenda Frese each have a future player on the roster.

Congrats to the high school all stars who made the 2018 rosters! ???????? Keep your ???? to the hardwood and follow #WhereTheFutureStarts for all things Games as we inch closer to 3/28! pic.twitter.com/mqzz9R4eT1

Representing the men’s team will be Jalen Smith. The 6-foot-10 Mount Saint Joseph star is rated as a 5-star recruit by 247Sports, which has him as the seventh-best power forward in the country and the second-best player in the state of Maryland. Smith will join Melo Trimble and Diamond Stone as Turgeon-era players who committed to Maryland and have played in this game.

Meanwhile, the women’s team will be represented by Shakira Austin. Hailing from Upper Marlboro’s Riverdale Baptist School, she’s the third-best player in the country, according to ESPN. The 6-foot-5 forward will be the 22nd Terp to play in this game in the Frese era.

It’s a promising sign for both programs to have a player invited to a prestigious event like the McDonald’s All-American game. Maybe they can follow in the footsteps of DMV native Kevin Durant, who was named co-MVP in the 2006 game. (He ended up going to Texas, though, so hopefully they won’t follow him too closely.) The game is slated for March 28; be sure to tune in for an early look at some future Terps.