Maryland men’s basketball vs. Ohio State: Game time, how to watch and what to watch for 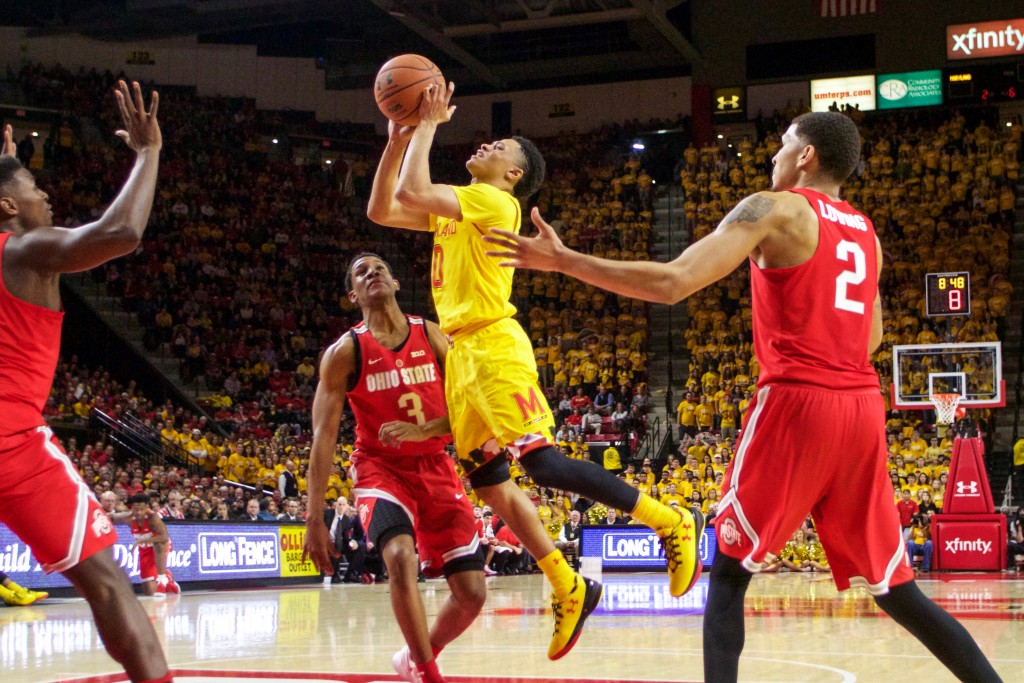 What to watch for Maryland: Perimeter defense

We highlighted Maryland’s uninspiring perimeter defense before the Iowa game, and then the Hawkeyes made 11 threes while shooting over 50 percent from beyond the arc, so we’re going to highlight it again. It wound up not mattering with the Terps winning by 18 points, but perimeter defense that bad is still never promising to see. If Maryland wants to go into Columbus and do something Michigan State was unable to do, Mark Turgeon’s team will need to have a good game defending the three.

What to watch for Ohio State: Keita Bates-Diop

Kenpom currently has Bates-Diop as the 10th-best player in the country and the best one in the Big Ten. He is averaging 23.5 points per game against Big Ten foes, and he just dropped 32 to help Ohio State upset Michigan State on Sunday night. Bates-Diop plays more minutes, takes more shots and scores more points per game than any other Buckeye. If Maryland wants to win, keeping him quiet will have to be a priority.