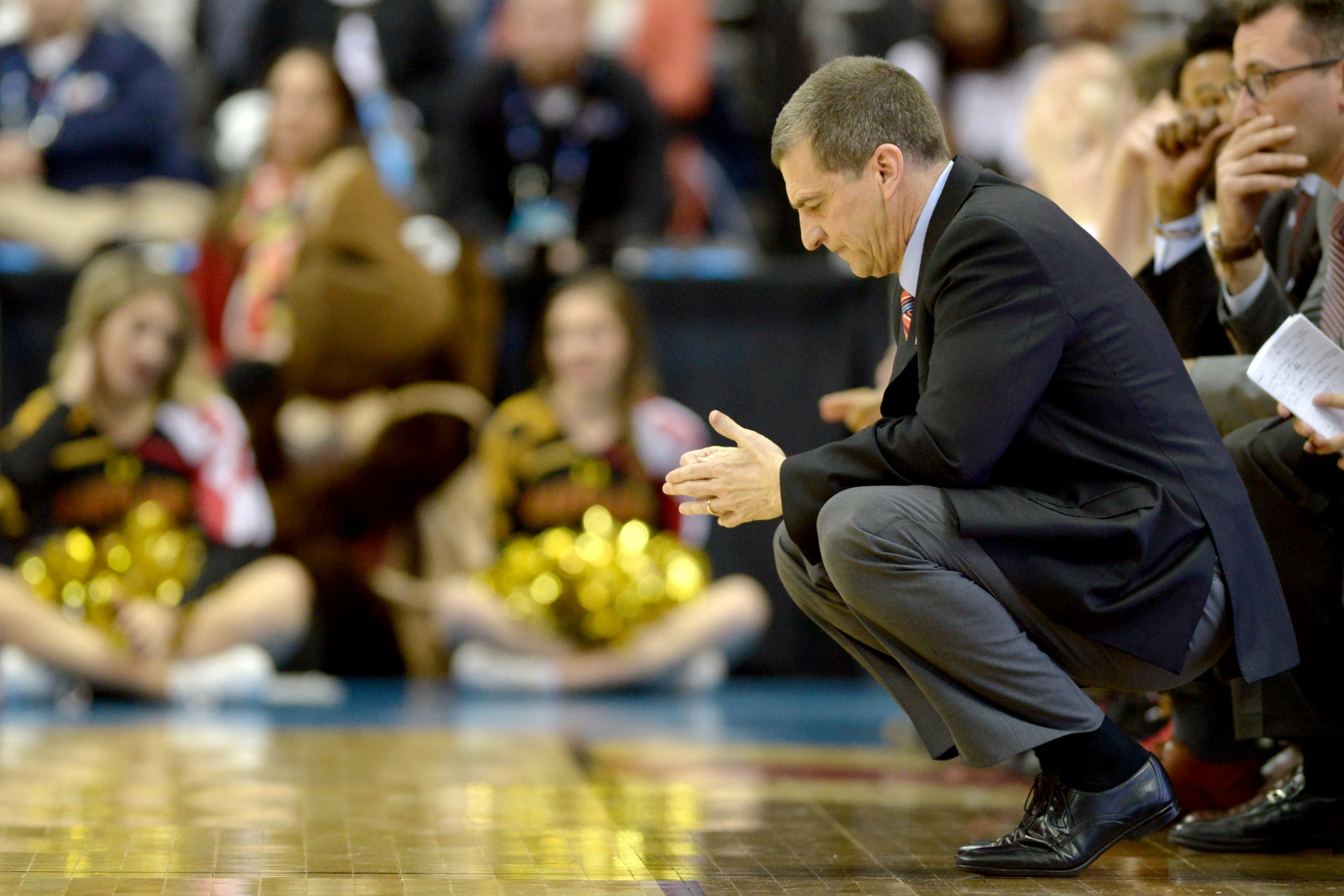 EAST LANSING, Mich. — Michigan State men’s basketball guard Matt McQuaid ran back on defense with three fingers raised in the air with just over four minutes remaining in the first half Thursday night, celebrating his second consecutive three that gave the Spartans an eight-point lead over Maryland.

About 25 seconds later during a timeout, forwards Miles Bridges and Nick Ward jokingly pushed each other in the Spartans’ huddle as the fans at the Breslin Center erupted in cheers. The players on the Terps bench, who celebrated earlier in the half to provide energy, remained quiet.

Maryland hung around with the No. 1 Spartans for about 16 minutes, benefiting from stellar 3-point shooting and guard Kevin Huerter’s 14 first-half points. But that wasn’t enough to derail Michigan State’s swagger.

“We ran our stuff really well to start the game,” Huerter said. “We didn’t really seem to do that the rest of the game. A lot of one-on-one basketball.”

Facing Michigan State on any night is challenging enough, as Bridges and Ward are perhaps the country’s most talented frontcourt pairing. But the Terps’ test became even tougher with the Spartans shooting 57.1 percent from beyond the arc. Guard Anthony Cowan (game-high 26 points) and Huerter (16 points) paced the Terps, but that wasn’t nearly enough against Ward (16 points), Bridges (15 points) and forward Jaren Jackson Jr. (15 points).

“No. 1 team in the country shoots like that,” Huerter said, “I don’t think a lot of teams are going to beat them.”

Entering Thursday, Maryland and Michigan State split their six meetings since the Terps joined the Big Ten. But this year’s Michigan State squad is far superior to Maryland, in part due to the Spartans’ depth.

The Terps’ bench is thin with forwards Justin Jackson and Ivan Bender out for the remainder of the season, and the Spartans’ reserves outscored Maryland’s, 27-8. Forward Bruno Fernando and center Michal Cekovsky battled foul trouble, so forward Joshua Tomaic and center Sean Obi combined for 30 minutes, but only two points and six rebounds.

“Players that weren’t even on our scouting report were making a lot of big shots for them,” Cowan said. “That messed up our runs a lot of times.”

Turgeon’s squad shot 46.4 percent in the first half and went 5-for-10 from long range, but the Spartans pulled away with a 15-3 run to end the period and maintained that momentum for the final 20 minutes.

Michigan State dished 30 assists while Maryland scored just 14 points in the paint and shot 28 percent in the second half as Huerter faced double-teams at times.

The Terps have lost to the Big Ten’s two best teams — Michigan State and No. 13 Purdue — and their results over the next three weeks will be telling of whether they’re an NCAA tournament team or one of many middling Big Ten squads.

“I was pleased with everything,” Turgeon said. “They just kept making shots. When you’re playing a team … that’s that good, you can’t have droughts like we had.”