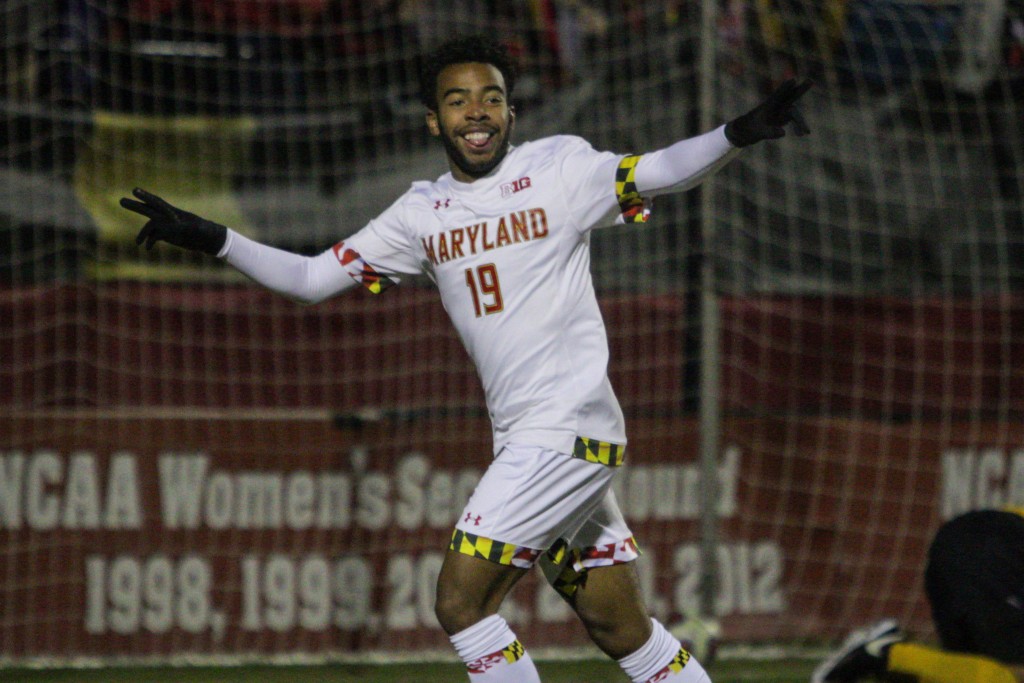 Maryland men’s soccer midfielder Eryk Williamson has signed with an agent and will forgo his senior season to pursue a pro career, he said Wednesday.

Williamson played in the D.C. United Academy growing up, and D.C. United will likely offer him a homegrown contract. The Alexandria, Virginia, native is not eligible to enter the MLS SuperDraft next month because of his homegrown ties. Williamson also said he’s considering playing overseas.

Williamson was one of the lone college players on the U.S. U-20 national team last year for its CONCACAF and World Cup tournament runs, starting 10 of 12 games while recording one goal and two assists.

“Eryk just keeps surprising me every day I see him, and I wonder how he’s still in college,” American U-20 coach Tab Ramos said in May. “He has [some] of the softest feet that I’ve seen with the National Teams in the last seven or eight years, and that’s something that I value a lot.”

Willamson tallied a team-high six goals this season to go along with five assists, earning the Big Ten Midfielder of the Year award.

The 5-foot-9, 154-pound midfielder recorded 15 goals and 15 assists during his three years in College Park, but he was inconsistent, displaying his athleticism and vision in some matches while struggling to make a difference in others. While Williamson powered Maryland’s Elite Eight run in 2015, the Terps failed to win an NCAA tournament game the last two years.