Asian communities need to have a conversation about mental health 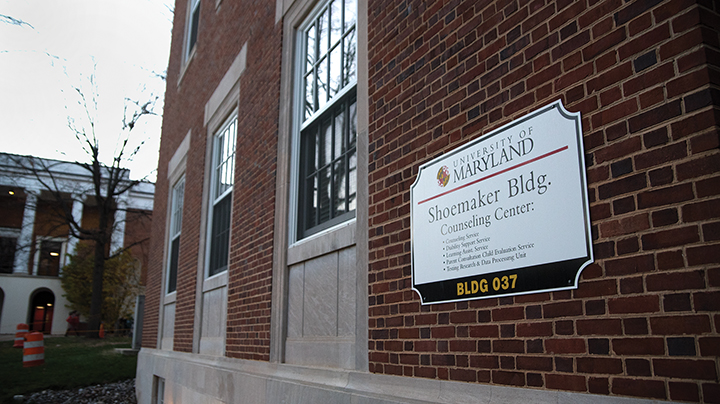 The Shoemaker building is home to the Counseling Center.

I believe strongly in mental health days. My parents — the traditional, borderline Tiger Parent stereotype — weren’t so supportive of this notion. As nurses, they knew mental health disorders existed, but I always felt like they were dismissive of the idea because they couldn’t fathom their two perfect daughters having them.

My parents shrugging away mental illness, even on a small scale, is a microcosm of what happens within the greater Asian-American community. Among Asian-Americans, mental health issues are taboo and stigmatized — clearly seen by the numbers.

According to the National Latino and Asian American Study, Asian-Americans are three times less likely to seek help for their mental health problems than white Americans, and they’re less than half as likely as the average American to use mental health services.

These startling statistics can be attributed to distinct cultural values within the Asian-American community. In many Asian cultural groups, upholding the family name is of utmost importance. One study documented how some Chinese-Canadian boys with schizophrenia suffered at home because their families refused to seek treatment for them.

When these boys’ behaviors got out of hand, the families typically dumped them off on a psychiatric facility and became uninvolved in their lives. In contrast, the families of European-Canadian boys with the same affliction ensured their children got the treatment they needed. The researchers surmised that the Asian families didn’t want others to view their names in a bad light.

Collectivism, the notion that the group is more important than the individual, is a defining element of many Asian cultures. A research paper detailing the barriers that Asian-Americans have toward mental health services stated traditional psychotherapy emphasizes the individual and open verbal communication — inherently conflicting with Asian-American values. The paper also states people in collectivist communities believe admitting to personal problems shames the entire family.

Because mental health is a taboo issue in Asian communities, it’s hard to even get the conversation going. To combat this, there are various groups specifically targeting the Asian-American community, including the South Asian Mental Health Initiative and Network and the National Asian American Pacific Islander Mental Health Association.

Rosalie Chan, in an article for HuffPost, detailed the need for more public workshops and community outreach events, although getting people to actually come out is a feat in itself.

When patients speak to doctors that can speak their native language, they feel understood, Dr. Vasudev N. Makhija, the founder and president of South Asian Mental Health Initiative and Network, said in the article. In addition, when individuals see and hear people they can identify with talk about their own experiences with mental health, the conversation is a little easier to have.

Given my parents’ aforementioned careers, mental health is a topic they’re exposed to in the workplace a lot more than most people. But even then, these conversations aren’t easy to have at home.

I’ve always felt that I had a mild form of ADHD my entire life — I constantly fidget, I have serious trouble focusing on one task and I’m incredibly impulsive. I’ve never been diagnosed by a doctor because I’m afraid to bring it up at all. When I finally did a couple of weeks ago, the word “psychiatrist” didn’t sit well at the dinner table.

Whether I have ADHD or I don’t, this kind of conversation should be easier to have in Asian-American families. Being the model minority doesn’t mean we are excused from our share of problems. If anything, being upheld to such a pedestal makes us falsely invincible and these conversations invisible. It’s the 21st century — resources must be made available for us to finally address the elephant in the room.