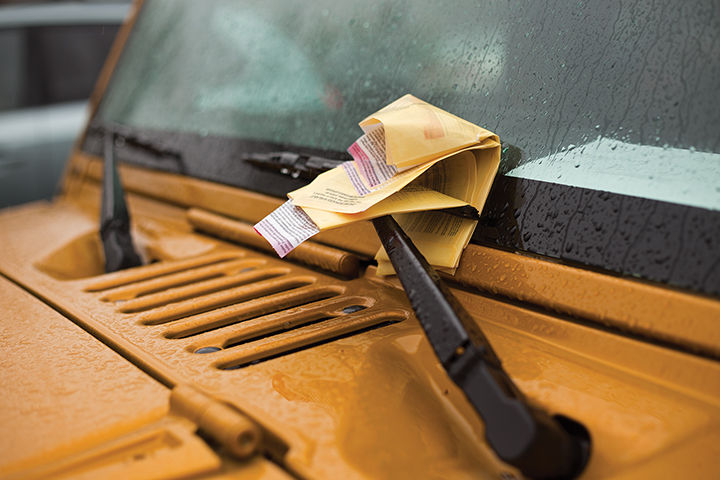 The University of Maryland’s DOTS is offering students, employees and visitors a chance to reduce the cost of an outstanding citation by donating to a food drive called “1 Can Make a Difference.”

For each food item donated to this university’s Campus Pantry over the next two weeks, individuals with an unpaid, active citation can reduce their fine by $1, said Department of Transportation Services spokeswoman Cara Fleck. Individuals are encouraged to donate as much food as they want, but the cost reduction is limited to 50 percent of a single citation.

The person who donates the most food items — the “Super Donator” — will have their citation waived completely, Fleck said.

[Read more: UMD DOTS is starting a vanpooling program for commuters this spring]

“We know … there’s a negative perception that comes with what we do, in terms of giving out parking citations,” Fleck said. “We think it’s really important to continue to develop positive connections with the campus community and also give back as well. This is one of the ways we can do that.”

“We would love to catch people while they’re going to McKeldin to study for exams,” Fleck said. “We’re hoping that [the extra locations] will increase participation even more.”

Samantha Maldonado, a junior dietetics major who commutes to this university every day from Gaithersburg, said she has never received a citation but knows friends who have gotten several.

“I actually think that’s pretty awesome,” Maldonado said of the food drive. “You get money off, but you’re also helping other people. Canned foods aren’t that expensive.”

DOTS has been running this campaign with the Campus Pantry since 2015, Fleck said. Other transportation agencies have held similar events which have been very successful, she added. NPR reported in 2015 that “Food for Fines,” a food donation program in Lexington, Kentucky, collected more than 6,000 cans of food for a local food bank in exchange for reduced parking fines.

This university’s Campus Pantry was created in 2014 to “alleviate food insecurity” for individuals on the campus, said Allison Lilly, the sustainability and wellness coordinator for Dining Services. Food insecurity refers to “a limited availability of nutritious and safe food for a household,” Lilly said.

Lilly said between 50 and 80 people come to the pantry each week. The converted conference room, which is located in the basement of the University Health Center, is set up like a “small store,” Lilly said. People can pick out items they need and take them.

The Campus Pantry hasn’t kept track of how many cans it’s collected for this food drive previously, Lilly said, but it will keep track of that number this year.

“I know we filled our van quite a number of times transporting the products back and forth last year,” Lilly added.

“We think a lot about trying to make sure there are healthful food items and a diversity of food items available in the pantry,” Lilly said, adding that foods that are easy to make, like cereal, are a top priority.

Lilly said the food contributed to this drive will help stock the Campus Pantry shelves well into the new year.

“This time of year is wonderful because people are in the giving spirit,” Lilly said.