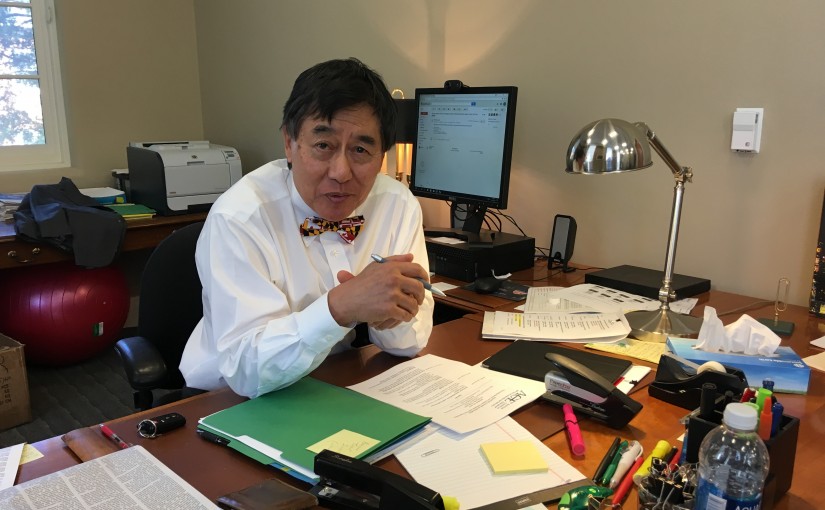 University of Maryland President Wallace Loh voiced his opposition to the tax reform bill currently in Congress, saying it would harm higher education, in an email to the campus community Thursday.

Staff from this university’s Office of Government Relations, as well as University of Maryland Foundation trustees have expressed their concerns about the bill to members of Maryland’s congressional delegation, Loh wrote.

“[The bill] discourages participation in college, makes it more expensive for low- and middle-income students to attend, [and] undermines the financial stability of universities,” Loh wrote.

The U.S. House of Representatives approved its version of the bill, called the Tax Cuts and Jobs Act, Nov. 16, and the Senate is aiming to vote on its proposal by the end of the week. If the proposal passes, the two houses would have to reconcile their versions in committee.

The House version of the bill would make tuition waivers for graduate students taxable income and eliminate an IRS provision permitting employers to offer tax-free paid assistantships to graduate students.

This bill, alongside the Senate’s version, would reduce tax write-off incentives for charitable donations, which Loh wrote in his email could affect the quantity of donations to this university.

Graduate students at this university have participated in two protests of the bill — one they held at McKeldin Mall on Nov. 16 and a second walkout, part of a national campaign, on Wednesday.

The bill amounts to a “clear attack on higher education,” Loh previously said.

“The issue of increasing the cost of education for graduate students is a very important issue,” Loh said. “It is going to make it very difficult for many graduate students to attend grad school, and in an area at the same time of dramatic cutbacks in federal research funding. I see it as part of a much larger plan that undercuts some of the goals and roles of higher education.”

Both versions of the bill would cut the corporate tax rate from 35 to 20 percent. The Joint Committee on Taxation, a nonpartisan congressional committee, found the Senate’s plan would add at least $1 trillion to the debt over 10 years. Currently, the national debt is more than $20 trillion.

The bill could hurt the federal government’s ability to invest in higher education, which would hurt future students, Loh wrote in his email.

“To win the future, we must continue to invest in our students, in a skilled workforce, and in university research, creative work, and innovation,” Loh wrote.