Review: ‘Jim and Andy’ is a fascinating character study 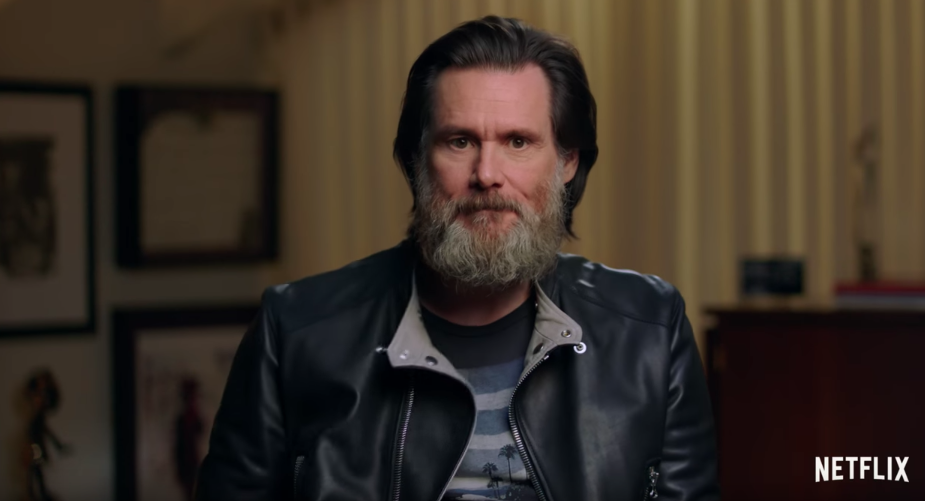 Jim & Andy: The Great Beyond – Featuring a Very Special, Contractually Obligated Mention of Tony Clifton is every bit as bizarre as its title and is haunting in the most beautiful way possible.

The lifeblood of the documentary is Jim Carrey himself, talking about his career, fame, comedy and life around the time of the release of Man on the Moon, an Andy Kaufman biopic that earned him a Golden Globe. Carrey is the only person interviewed for the documentary, though it frequently uses behind-the-scenes footage from Man on the Moon that contains interviews with other stars.

If you’re unaware of Carrey’s changes over the past few years, I encourage you to view some of his most recent interviews. His behavior is strange and borderline nihilistic. Sometimes he strikes a balance between comedy and bizarre behavior, like at the 2016 Golden Globes. It’s unclear whether Carrey is in a dark place in his life or if this is simply all some joke, but the documentary seems to suggest it’s not completely an act.

Much like Kaufman, Carrey carried out a persona when his acting career exploded and he became a big-time earner. He says in the interview that sometimes people must create a persona to succeed, then decide whether to reveal their true self, or kill off who they really are and live as their created persona.

The role in Man on the Moon seemed to capture this. Carrey claims he stepped aside and Kaufman took control of him. His performance in the original film is brilliant, likely due to his going full method. He refers to the individual in the footage as “Andy,” or “Tony” if dressed as Kaufman’s alter ego, lounge singer Tony Clifton. “Andy” and “Tony” made Man on the Moon a pain to make, keeping people confused just as the real Kaufman did.

The most intriguing moments of Carrey’s performance, however, occur when “Andy” or “Tony” speak about Carrey. The behind-the-scenes footage from Man on the Moon shows Carrey, in character as Kaufman, bad-mouthing himself and tearing himself apart.

Jim & Andy is an extremely fascinating, meta-study of the style of method acting, as well as the impact of fame on a performer who had wanted nothing more than to succeed. Its only pitfall is that it seems a bit jumbled up within its own narrative. The documentary leaps around Carrey’s life while continuously returning to Man on the Moon footage, when it would probably be better to have the film be the centerpiece while looking to Carrey’s life before and after.

Before you see Jim & Andy, I highly suggest you learn a bit about Andy Kaufman and watch Man on the Moon for an amazing performance in a great movie. Then check out Netflix’s original documentary to learn even more about the man behind the man behind the performer.