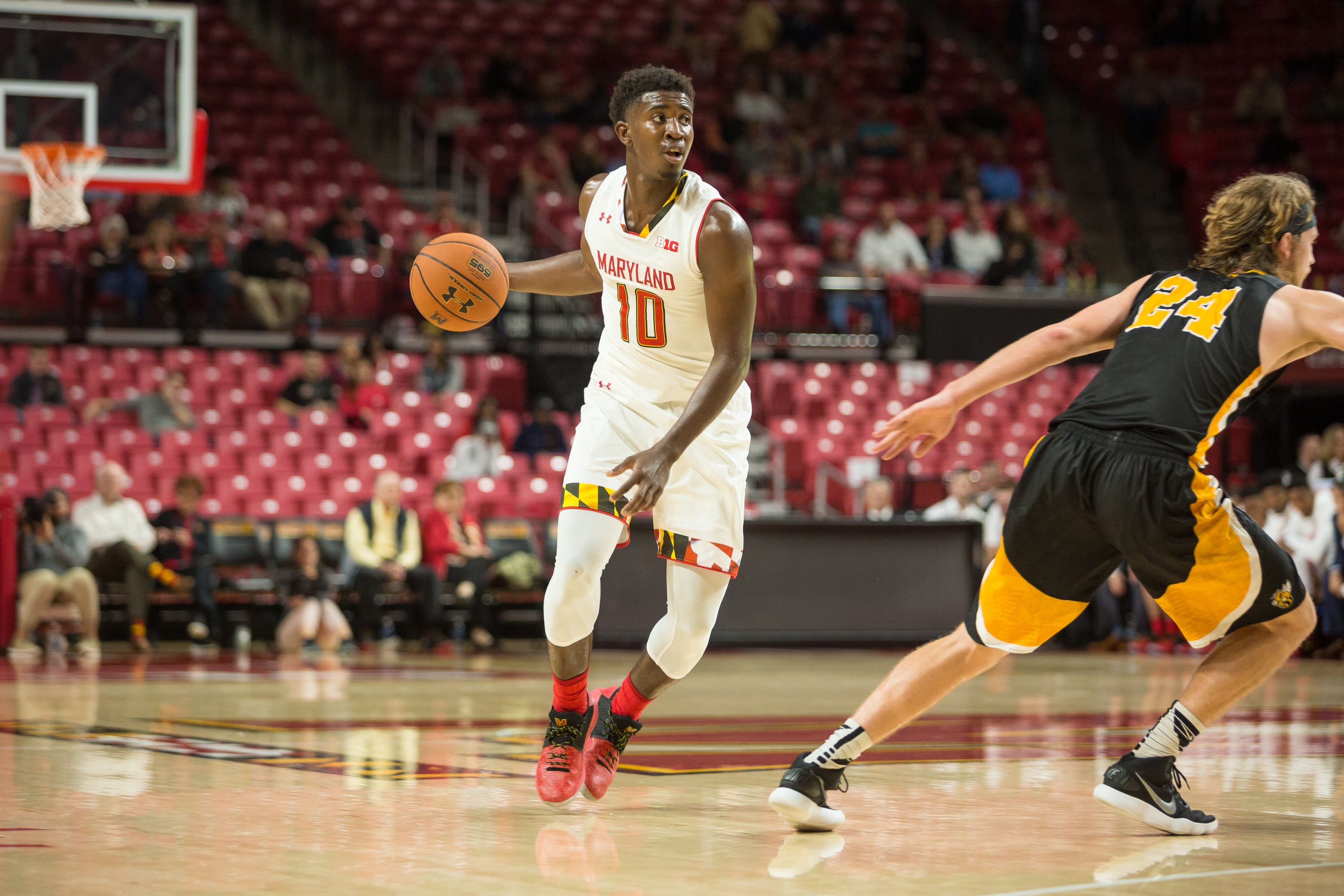 SYRACUSE, N.Y. — Guard Darryl Morsell has played on the high post against zone defenses since he was a child, so he felt ready when coach Mark Turgeon asked him to fill that role in Maryland men’s basketball’s 72-70 loss to Syracuse on Monday.

The Terps searched for the best player to place on the high post after struggling against St. Bonaventure’s 1-3-1 zone last Friday. While guard Kevin Huerter started in that position against the Orange’s historically strong 2-3 zone, Morsell was more effective there, recording nine points and five assists. His ability to distribute from the top of the key freed up Huerter to knock down seven 3-pointers.

Despite Maryland’s loss, Morsell’s performance is a promising sign the Terps can solve their issues against zones during Big Ten play.

“I’m an unselfish player,” Morsell said. “When I catch it on the high post I look for my shooters on the wing.”

Morsell offers the Terps an aggressive play style they didn’t have last year, making him effective on the high post. The Terps flashed big men near the free throw line last year, but that limited Maryland’s options driving to the basket.

While Huerter, Morsell and forward Ivan Bender rotated on the high post in the first half Monday, Morsell started there after the break.

Huerter, who scored a season-high 23 points Monday, is more effective on the wing where he can spot up as a shooter. Turgeon lauds Bender as one of the team’s best passers, but the redshirt junior doesn’t pose the same quickness and ball handling skills to attack the basket as Morsell.

One of Morsell’s best plays came with just over 12 minutes remaining in the first half. After receiving a pass from guard Anthony Cowan at the free-throw line, Morsell drew two defenders, took a dribble and passed to forward Bruno Fernando under the basket for a layup.

Still, Morsell committed four turnovers, including one that put the game out of reach for Maryland. With the Terps trailing, 70-66, with 13 seconds remaining, Syracuse guard Frank Howard stripped the ball from Morsell on the high post, and Morsell fouled center Paschal Chukwu after he picked up the ball. Turgeon said his team was “scrambling.”

“It was a loose ball,” Morsell said. “We were fighting for it. He came up with it. The ref made the call. It didn’t go in our favor, but just had to move on.”

Maryland’s offense never became stagnant Monday like it did in its loss to St. Bonaventure on Friday, when it passed the ball around the perimeter and hoisted contested 3-pointers. Morsell strained his hamstring Nov. 20, but he’s looked sharp since. The freshman said he’s judging his injury day-by-day.

In last year’s postseason, Northwestern and Xavier zoned the Terps, helping them knock Maryland out of its Big Ten and NCAA tournament openers. Unlike last year, though, Maryland appears to have a larger threat on the high post in Morsell.