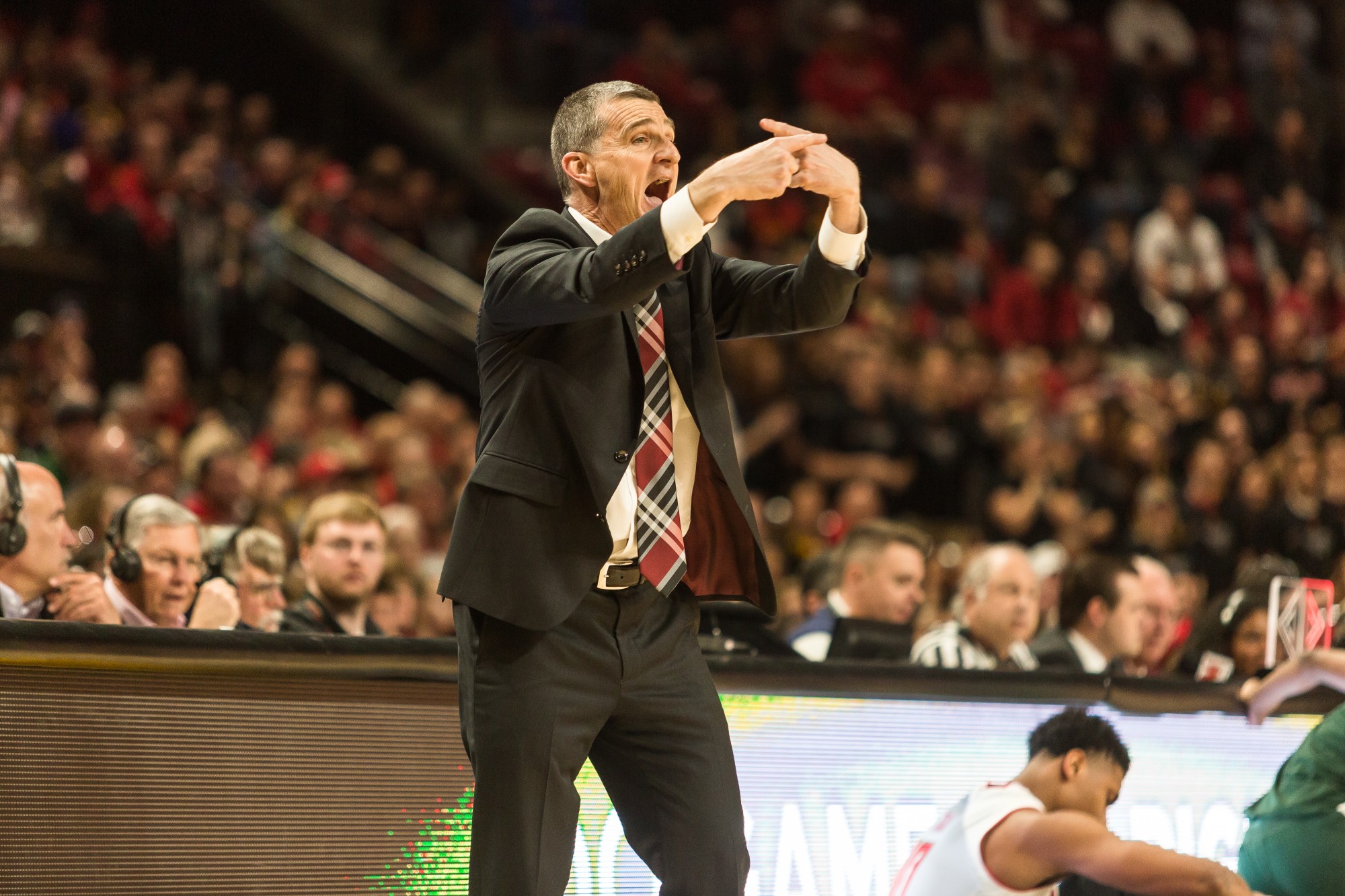 In July, after a season of struggling against zone defenses, Maryland men’s basketball hired director of player personnel Matt Brady, who added plays this offseason to help the Terps crack those schemes.

But Maryland hasn’t used all those plays in its first seven games, guard Kevin Huerter said, saving them for foes who lean on zone defenses. The Terps continue to deal with problems when exposed to that defensive approach this year, including in their loss to St. Bonaventure on Friday.

Syracuse, the Terps’ Monday opponent in the Big Ten/ACC Challenge, is known for its effective 2-3 zone. That defense has helped the Orange reach the Sweet 16 eight times and the Final Four three times since 2000.

Huerter expects the Terps to break out more of Brady’s plays Monday in the Carrier Dome, as Maryland hopes to finish its stretch of three games in four days with two wins.

When facing zones last year, Maryland often fell into the habit of passing the ball around the perimeter late into the shot clock and hoisting contested 3-pointers.

The best way to break zones, Huerter said, is to instead space the floor by feeding a big man in the high post. Maryland’s frontcourt, however, battled injuries and foul trouble throughout its 2016-17 campaign.

The Terps received their first taste of zone this year in their win over Jackson State on Nov. 20. Maryland didn’t expect the Tigers to play that way, and the team didn’t pull away until the second half because of its struggles.

“You can’t call nine timeouts or whatever,” coach Mark Turgeon said Nov. 20. “You … let guys figure it out.”

But the Terps’ issues were on full display Friday against St. Bonaventure’s 1-3-1 zone. The Terps committed 20 turnovers and settled for contested long-range attempts, shooting 21.7 percent from beyond the arc. Guard Anthony Cowan was the lone player to score in double figures, as Maryland put up a season-low 61 points.

Turgeon said facing zones early in the year will prepare his team down the stretch.

The Terps have received more frontcourt production than they did a year ago, one reason they might fix their setbacks. Maryland is still figuring out the best big man to feed the ball to on the high post, Huerter said.

Freshman forward Bruno Fernando is Maryland’s most athletic frontcourt player, averaging the third-most points per game on the team (10.4). Plus, center Michal Cekovsky is healthy after fracturing his ankle last February and missing the final month of the season, a setback that made it seem near-impossible for the Terps to break zones in the postseason.

Fernando has hardly faced college zone defenses, and the Terps haven’t proved they can take care of the ball against zones. Still, they feel their early-season encounters with Jackson State and St. Bonaventure will help them settle in against Syracuse.

“It just helps us be prepared for anything thrown at us,” guard Jared Nickens said. “That zone just kind of got us ready.”