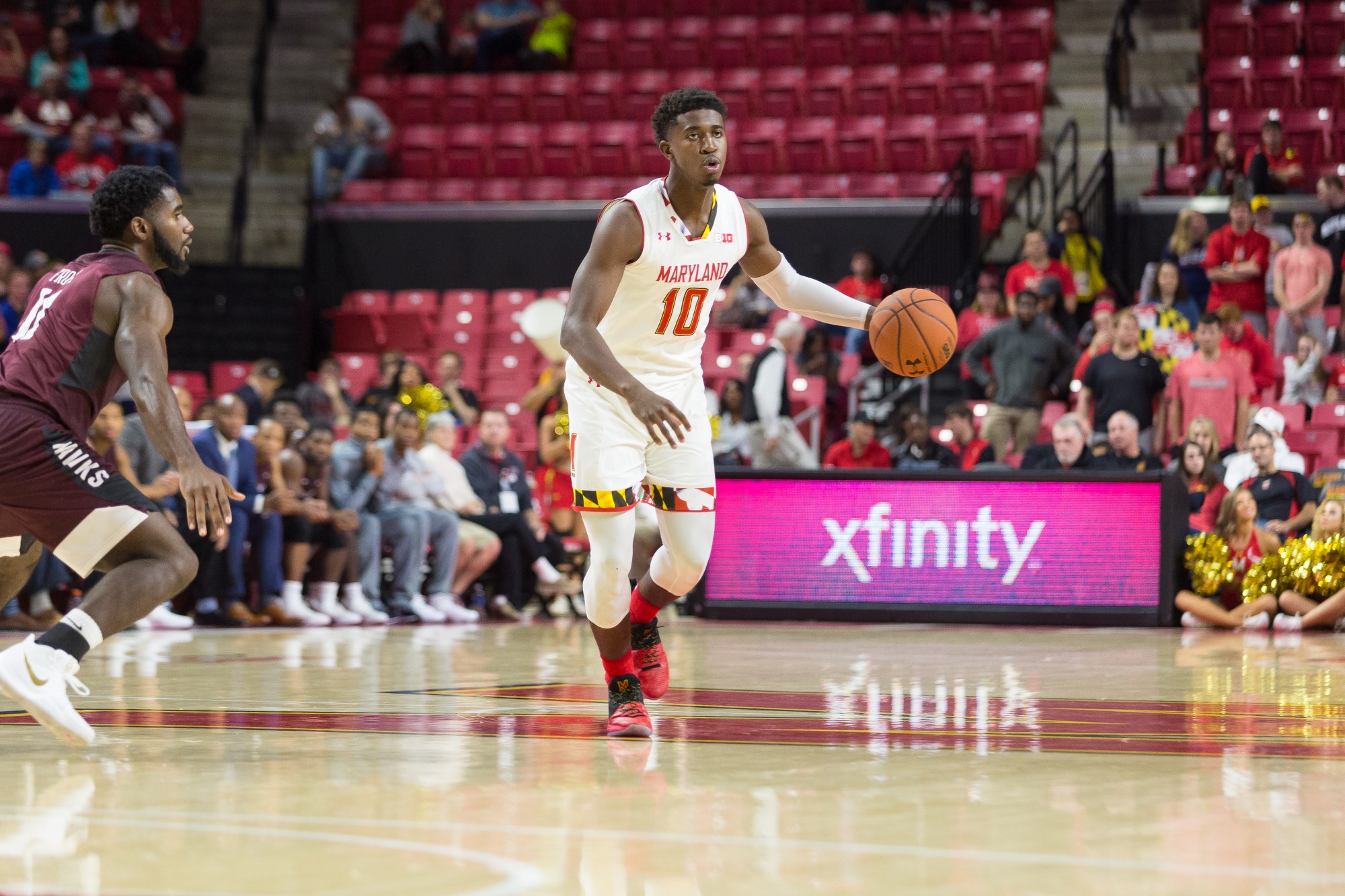 Maryland men’s basketball is down to one true point guard after guard Darryl Morsell strained his hamstring in the Terps’ 76-45 win over Jackson State on Monday. The freshman is day-to-day.

Anthony Cowan is the Terps’ lone point guard with Morsell sidelined. While guard Kevin Huerter played point guard after Morsell’s injury, the sophomore hasn’t started at the position since high school and never practices in that role.

Huerter said the point guard position is interchangeable on some plays because Maryland runs a fast-paced, motion offense.

Without Morsell, reserve guards Dion Wiley and Jared Nickens will likely see increased playing time. But Morsell offers a unique spark off the bench with his aggression.

“He’s pretty important to us,” coach Mark Turgeon said. “We’ve got to get him back.”

Maryland next plays Friday in the Emerald Coast Classic, beginning a stretch of three games in four days.

Morsell entered Monday averaging averaging 10.8 points per game and won Big Ten Freshman of the Week on Monday. The Baltimore native scored 12 second-half points to lead the Terps back from a 15-point deficit against Bucknell on Saturday.

While running back on defense midway through the first half Monday, Morsell stopped and sat down near the scorer’s table, where a team trainer checked on him. The 6-foot-4, 205-pound guard limped to the bench while being helped before going into the training room.

Morsell returned to the bench for the second half, limping to and from huddles. He told Turgeon he wanted to play.

“I was concerned because he’s a tough kid,” Turgeon said. “He’ll twist an ankle and tighten the strings up on me and keep playing.”