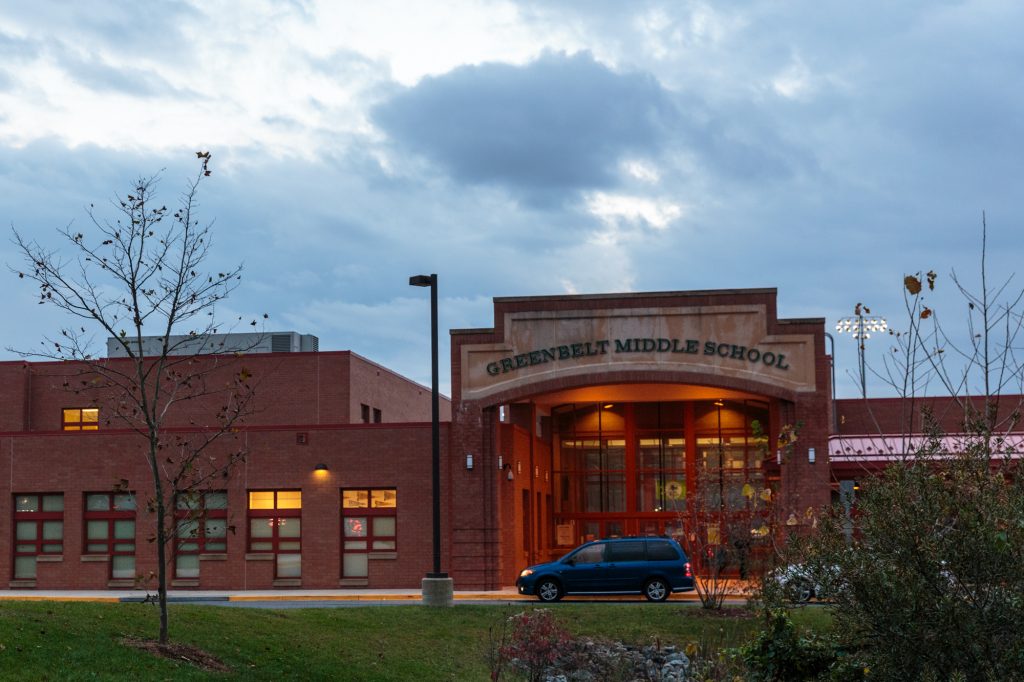 Prince George’s County Public Schools plans to use a federal grant of about $25 million to improve its system of hiring and retaining teachers.

Prince George’s County Public Schools is one of 14 school systems, including New York City Department of Education, Chicago Public Schools and Houston Independent School District, to receive funding from the three-year Teacher and School Leader Incentive Program. The grant will award more than $88 million in its first year, according to the U.S. Department of Education’s website.

The department awarded the funding to Prince George’s County Public Schools in October.

“This grant award speaks to a longstanding need in our system that we have lacked the funds to address,” said Kevin Maxwell, CEO of PGCPS, said in a press release, as U.S. Democratic Sens. Ben Cardin and Chris Van Hollen announced the award at Greenbelt Middle School on Oct. 16.

Karen Gregory, instructional supervisor of PGCPS, said the group of leaders at PGCPS who applied for the grant was “jubilant” to learn the county’s public school system won the funds. The system’s application, submitted in March, identified the need for strengthening the county’s base of teachers, Gregory added.

The application highlighted the county’s public school system’s teacher retention problem, citing the 13.8 percent rate at which teachers leave their jobs for the past six years, which surpasses the state-established target of less than 10 percent. Slightly more than half of the teachers who leave the district resign, often to go to higher-paying neighboring jurisdictions, the application said.

“Our focus is on early hiring and recruitment, deficit deployment, evaluation, support and the retention of high-quality teachers and school leaders in multiple ways, including building in teacher leadership opportunities and other opportunities for teachers,” said Cecily Adams, data strategy coordinator at PGCPS.

Each recipient of the federal grant is obliged to create a name for the school’s unique grant project, which PGCPS titled “Great Teachers, Great Leaders, Great Schools.”

“We chose this name knowing one leads to another,” Gregory said.

This project will support 40 of the county’s high-needs schools. To determine what constitutes a high-needs school, PGCPS officials examined the participation of students in free and reduced lunch programs, Adams said.

“The tricky part becomes determining the number of elements we put into the mix so that we can really use a laser-like focus to identify those high-needs schools,” Gregory said.

To refine the selection of high-needs schools, Adams said the leaders of the project used metrics including grade level, academic achievement, rate of English proficiency, enrollment size and teacher characteristics such as experience and tenure.

“Since over 60 percent of our schools in Prince George’s County meet the criteria of high-needs by free and reduced lunch data, we wanted to add more nuance to identify the schools that will receive funding,” Adams said.

The project and grant funding were slated to take effect on Nov. 1, said Herman James, chief human resources officer of PGCPS. James has not released the names of the 40 schools receiving the grant as of Nov. 15.

“In writing this grant, we’ve been very intentional in collaborating across our multiple offices that support teachers and build leaders,” Adams said. “We really want to build the capacity of our teachers and strive to keep those who perform highly in the district.”