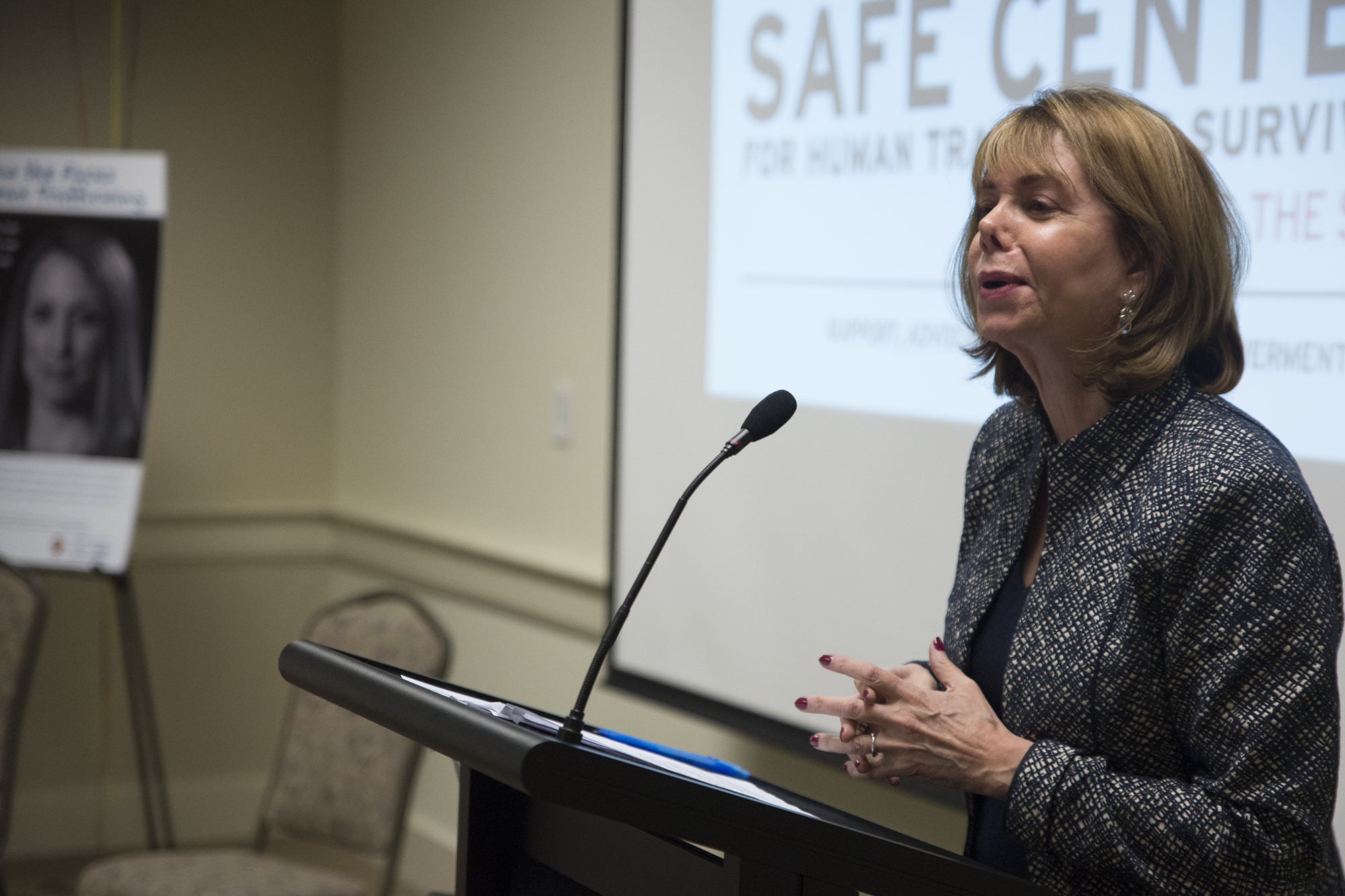 Susan G. Esserman, Founder and Director of the University of Maryland Safe Center for Human Trafficking Survivors, speaks about how common human trafficking in the united states, including in the immediate area. November 29 2016

A $1.3 million grant from the Justice Department will pay for new human trafficking caseworkers and investigators in Prince George’s County.

In addition, the grant will provide for a full time forensic investigator and a full time state’s attorney — both within the Prince George’s County State’s Attorney’s office — dedicated to investigating and prosecuting human trafficking crimes, Esserman said.

The county and the SAFE Center applied for the grant simultaneously in hopes of receiving “joint funding for separate but coordinated services,” Esserman said, adding that she hopes it will allow for cooperation between her organization and others in the area with similar goals.

Founded in May 2016, the SAFE Center provides an array of mental health, medical and social services to victims of human trafficking, and is based in the Prince George’s County area. The new positions facilitated by the grant will be focused on providing after hours and weekend support to victims of human trafficking in an effort to help the center be better prepared to assist victims in crisis, Esserman said.

“[The grant] really is structured to support our mission,” Esserman said. “I am quite hopeful that it will increase effective collaboration so that we’re better able to address emergency situations and to have seamless services.”

“This multidimensional approach is critical to the goal of enabling the survivor to truly heal and reclaim their lives,” she said.

Lyles said the grant will “beef up” the capabilities of detectives and prosecutors to find and break down the trafficking networks and gangs “that allow trafficking to exists and flourish in this country” by providing full-time staff members specifically to work on the issue.

Human trafficking is defined by Oxford Dictionaries as “the action or practice of illegally transporting people from one country or area to another, typically for the purposes of forced labour or commercial sexual exploitation.”

“It’s beyond breaking labor laws,” said Wendy Stickle, director of the criminology and criminal justice program at this university’s Shady Grove campus. Stickle, who has taught a course on the issue since 2014 and leads study abroad programs related to it, explained that human trafficking involves “force, fraud and coercion” on the part of the trafficker.

In 2016, there were 161 reports of human trafficking cases in this state and 84 in Washington, D.C., according to data from the Human Trafficking Hotline. However, Esserman said because many victims are afraid to come forward, it is “really, really hard to know” how prevalent the problem actually is.

Esserman said this state and region are especially susceptible to human trafficking because of nearby transit routes such as the I-95 corridor, which are a draw to perpetrators. In its 18 months of operation, the SAFE Center has served nearly 50 survivors, said Esserman, who thinks it’s a “testament to the seriousness of the problem in the region.”

Lyles said he hopes the grant will help his department collaborate with the SAFE Center and other partners in the region to assist the large numbers of young people affected by human trafficking.

“Trafficking is really about children that we’re saving,” he said. “Even if we save them as adults, hopefully we can take them out of the situation and help them recover their lives.”

Lyles said one of the most effective ways to combat the issues of human trafficking is to increase public awareness.

“I think the first way that young people can help is to help us make other people aware in their age group,” he said. “I think we’re doing a really great job of turning the corner on public awareness. It’s not where we want it to be, but we’re getting there.”

Stickle agreed, stressing the importance of activism and communication among college students.

“If you asked students what [human trafficking] is, they would know, but they would think it’s something that happens in Thailand or India. And it does happen in Thailand and India, but it also happens right here on Route 1,” she said.