UMD administrators don’t know what a home is 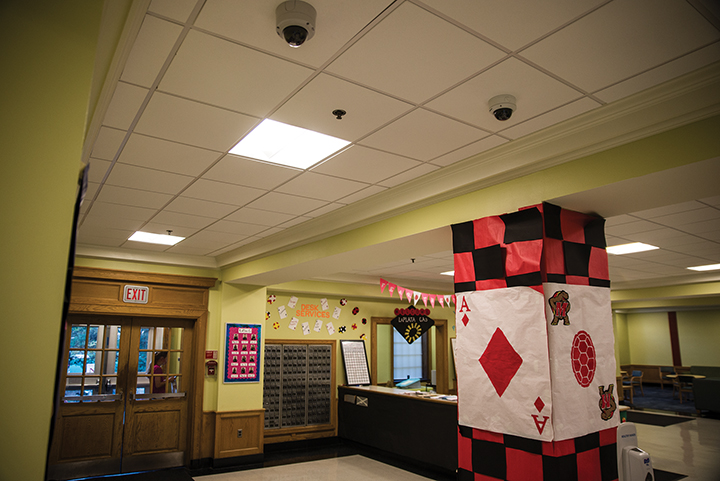 Surveillance cameras can be found in multiple dorms on campus, including La Plata Hall.

On Oct. 25, the University of Maryland announced it would not be able to ban hate symbols on campus, because doing so would violate students’ First Amendment rights. This, on its own, is acceptable. What is unacceptable, however, was the statement made by this university’s deputy general counsel and chief of staff, Diane Krejsa, at a University Senate committee meeting.

“This is not a home,” Krejsa said. “If people are paying money to come to college because they want a home — where people all think alike and everybody has the same political views, and the same social views and the same views on sexual orientation and transgender and whatever religion or whatever it is — they should stay at home.”

The administration’s expressed conception of a “home” is both inaccurate and disrespectful of the many students who, when they aren’t on the campus, must return to homes that are intolerant or abusive. To say a home is a place where “people all think alike” and everybody has the same political, social and views on sexual orientation, is entirely a misrepresentation of the homes some of our students live in.

This is particularly true for — but certainly not limited to — LGBTQ students, as many of them don’t have homes where everyone recognizes and respects their gender or sexual identity. Many of these students face mental and physical violence in their homes because there is a lack of like-minded thinking. Krejsa’s definition of a home is trivializing and only applies to the privileged.

To say all students who are looking for an inclusive campus environment should “stay at home” is incredibly disrespectful. There are students on the campus who came to this university to escape abusive situations, to find a safe space to express themselves and to be respected. It was irresponsible of Krejsa and the administration to imply all students on this campus have homes that are accepting and tolerant of them.

It is additionally ridiculous to think that, in general, a home constitutes a place where all people agree about everything. Many of our students come from families with differing views on politics, social issues and more. To say these are not homes is to invalidate the experiences of a large part of the university community.

Even if this definition is taken simply as a mistake coming from a privileged person, it’s silly to think this is the kind of “ideal” the student body at this university needs. A home where people have different political views is not inherently bad. A good home is characterized by respect for diversity and difference. That is what allows for growth and understanding; that is the kind of home this campus should be.