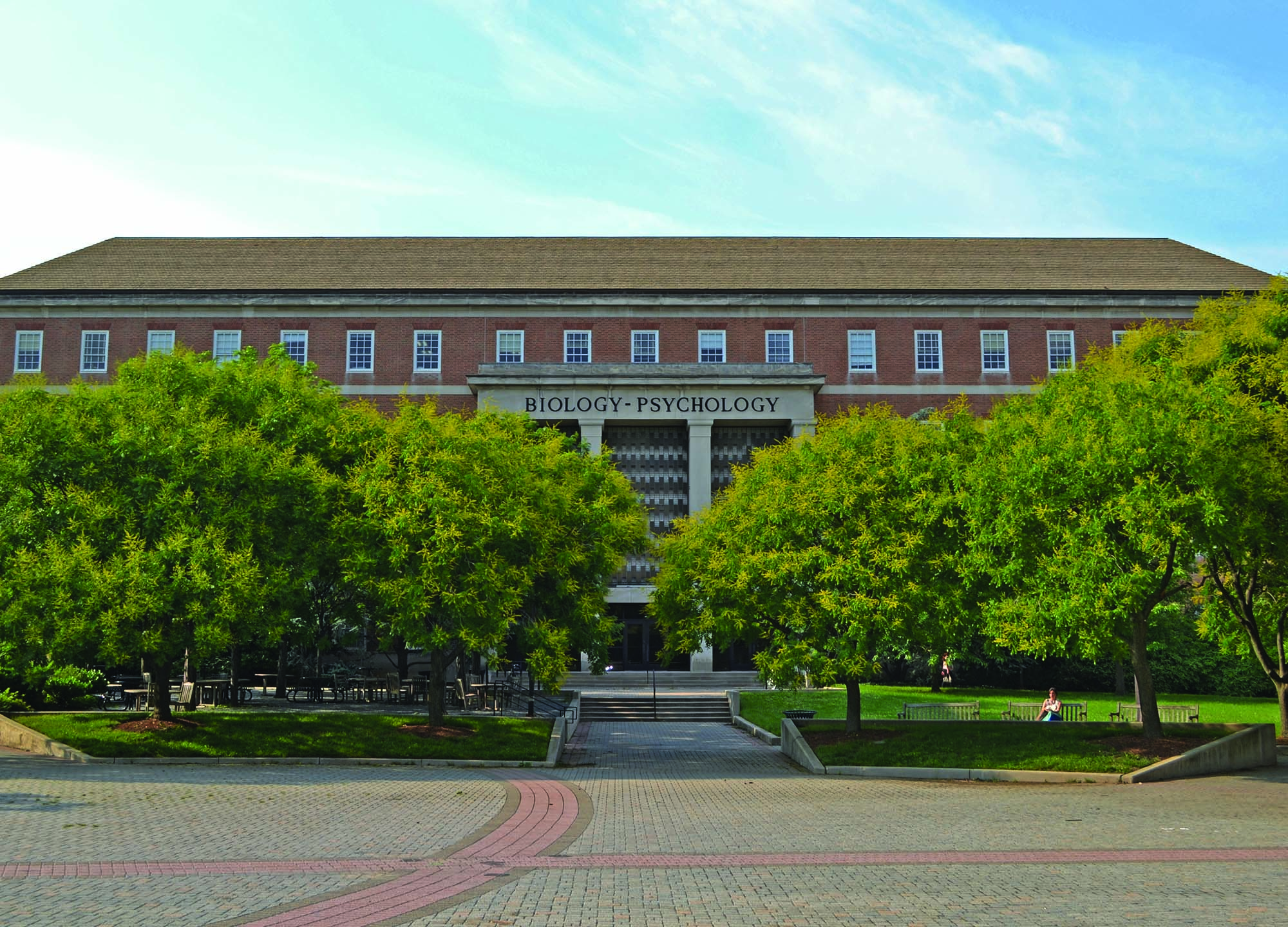 The Biology-Psychology building in Hornbake plaza.

University of Maryland researchers found that humans synchronize brain waves with one another when they are exposed to threats.

“As soon as we walked this Earth, we had to face threats from terrorism to natural disasters,” said psychology professor and researcher Michele Gelfand. “A tornado even touched down on our campus [16] years ago. With this research, we were interested in the influence of that kind of threat in human behavior.”

Gelfand and post-doctoral associate Yan Mu teamed up with Peking University psychology professor Shihui Han for this study. The team recruited 90 students at Peking University, placed them in pairs and then split them into three groups. The participants’ ages ranged from 18 to 31, and about half were male and half female.

Afterward, each pair was given a specific number to silently count toward. Once they reached that number, they were asked to press a button. The assigned number was different in each of the 80 rounds, Mu said.

Researchers wanted to see how long it took for the pairs’ counting to become synchronized. They found those who read the article about how Japan might attack China, which was the biggest threat to the group, were able to match faster than the other two groups.

“One really cool element of this paper is it uses this new technique called hyperscanning,” said Josh Jackson, a second-year social psychology doctoral student at the University of North Carolina at Chapel Hill who has worked on related research with Gelfand. “For years people have been using technologies to study the single brain, but this simultaneously tests how two brains are behaving, which is important because people in the environment are interacting with others every day.”

The researchers used a device to record the brain waves of the participants during the counting task. They found individuals in the group with the biggest threat synchronized in high frequency gamma band brain waves, which relate to fear. This shared response is what helped people to coordinate their behavior, Gelfand said.

Gelfand added that this research can help society — from people in the military, to those just living their daily lives.

“We experience threats all the time,” Gelfand said. “We just had a big terrorist threat in New York, and we want to be able to understand how the mind adapts to those kind of threats and better train people to be ready to coordinate under those contexts. This is really an emerging new field of cultural neuroscience.”

The Alexander von Humboldt Foundation funded this study with its Annaliese Maier Research Award. The winners each receive 250,000 euros for their research.

This study is an expansion of previous research Gelfand conducted on how citizens from countries that experience a high level of threat coordinate more, have tighter rules and social norms and have stronger punishments to survive.

For example, China has had more threat and instability over time than the United States, according to Gelfand, which would help to explain why there are stricter rules in China versus in the U.S. The goal of this current study is to figure out the neuroscience behind those cultural norms, Gelfand said.

Mu said future research could include whether there are gender differences in brain synchronization while under a threat, as well as cultural differences, such as how people would react in the United States.

“We made a great effort on this research,” Mu said. “Both Michele [Gelfand] and I feel very excited about our work and on future studies into this.”