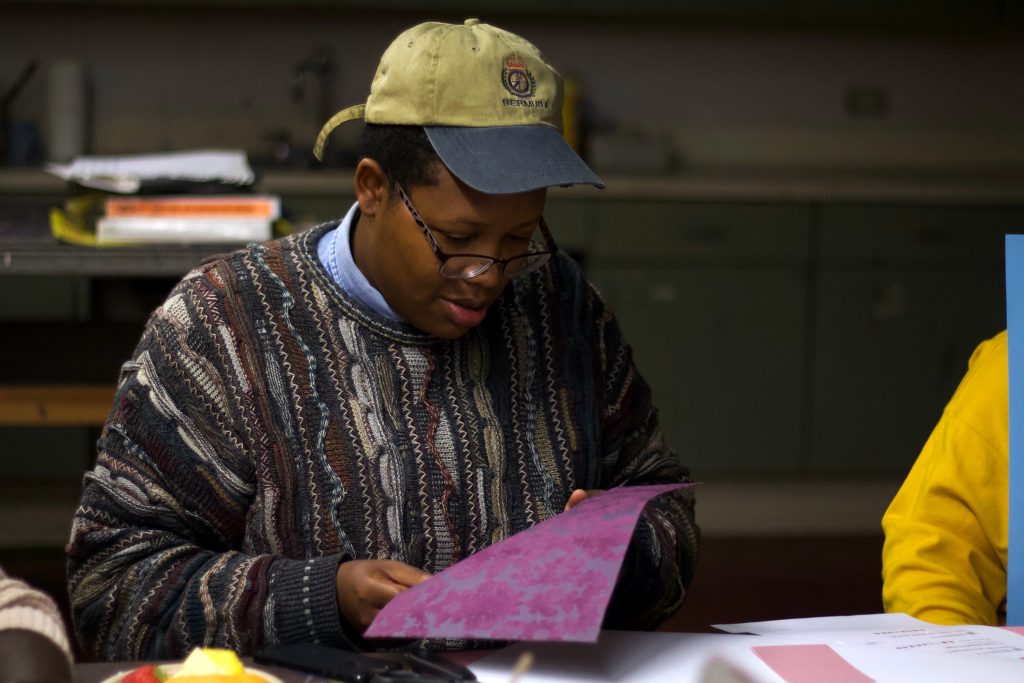 The campaign launched in September, and since then the center has hosted a series of events promoting #TransTerps, encouraging everyone to participate.

Students and faculty gathered at Stamp Student Union’s Art and Learning Center to support transgender students in “Crafting for Trans Affirmation.” The equity center previously hosted similar events on a weekly basis, said Sika Wheeler, the center’s LGBT coordinator, but after low attendance they decided to make some changes.

“We were thinking about how to restructure our programs for this year to increase attendance, and also make it more doable for us in terms of organizing something of good quality,” Wheeler said. “Instead of doing crafting hour each week that only one or two people show up to, I thought, ‘Let’s just do one crafting event for the fall semester.'”

Wheeler said she hoped students would be able to relax while crafting, as well as be able to express themselves through creative art. The event coincides with a busy time for students, she added, so she hoped they would take the time for a break.

“In terms of the political climate, the campus climate, people are pretty stressed out in general,” Wheeler said. “We don’t always need a panel, or an educational thing. Sometimes we need to do something that gets you out of that thinking space, so this is more about being creative.”

Junior Jagjot Kaur, a biology and government and politics major, said she thinks these events need more recognition and outreach to those outside of the LGBT community. Kaur came to show support and to spread awareness.

“I am not directly involved, but I do come out to the events to show my support,” Kaur said. “It helps [smaller organizations] keep going, it helps build community, especially in terms of intersectionality.”

The center is planning to host other events this semester to support their #TransTerps campaign, including a workshop on better inclusion, Wheeler said.

“Next week we’re doing a workshop for faculty and staff on trans inclusion,” she said. “There’s actually a lot of things going on on campus right now. It’s more so how to make those things more visible … it’s just how to get people engaged who wouldn’t normally be engaged with the topic.”