What are Porgs? The adorable new Star Wars creatures, explained 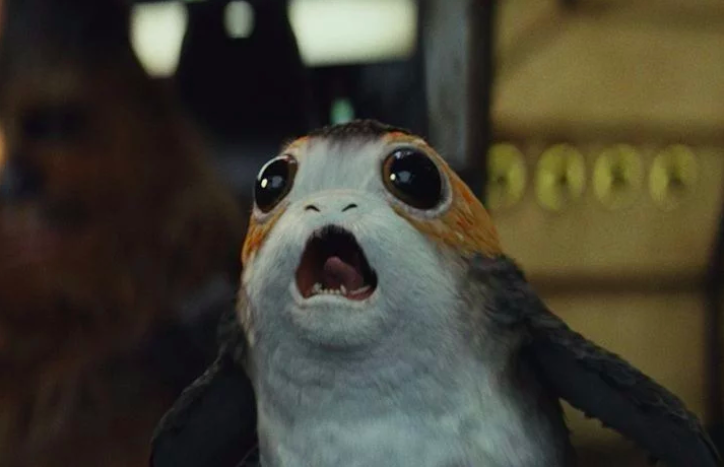 The Star Wars: The Last Jedi trailer dropped during Monday Night Football over a week ago, and it got fans excited for the next installment of the franchise. The trailer was chock-full of exciting developments, interesting plot points and intense action sequences. But the internet has gravitated toward one thing that takes up only two seconds of the trailer.

What are they? Where do they come from? What is their importance? The trailer doesn’t give any answers, but nobody seems to care because they’re freaking adorable.

If you haven’t seen it, watch the new trailer. The Porgs arrive right after Chewie bellows in the cockpit of the Millennium Falcon. It’s the fuzzy, beakless penguin-looking creature. Or maybe it looks more like a biped guinea pig with oversized eyes.

According to starwars.com, a Porg is, in fact, an avian creature, home to the planet of Ahch-To, which is where Rey finds Luke at the end of The Force Awakens. Good news! We’ve already seen the Porgs’ home planet, which means they may appear early in the film. This could mean the Porg chirping in the trailer may be a companion throughout the film (and if the heroes bring a Porg with them from the first planet, they might as well keep it throughout the rest of the series, right?).

The best news of all: A baby Porg is called a “Porglet.” Why is this good news? Because they’d only have a name for Porglets if they appear in the movie! At the very least, if the footage was created and used as a DVD extra, it would be well worth the purchase.

Putting cute or funny things into Star Wars is a challenge; humor has not always mixed well with the franchise. If you have trouble believing that, look no further than Jar Jar Binks literally stepping in shit in The Phantom Menace.

Luckily, the newer Star Wars’ comic relief characters have a better track record, with droids BB-8 and K-2SO earning some serious laughs in their respective films. BB-8 is set to return in The Last Jedi.

But Porg fans beware! Porgs are currently in Baby Groot status: widely accepted as adorable while not dominating the shelves. If you don’t want your favorite birds to gain minion status, be careful that your Porg fever doesn’t go overboard. No one wants Tic Tacs, backpacks or lunch snacks to be Porg-themed forever.