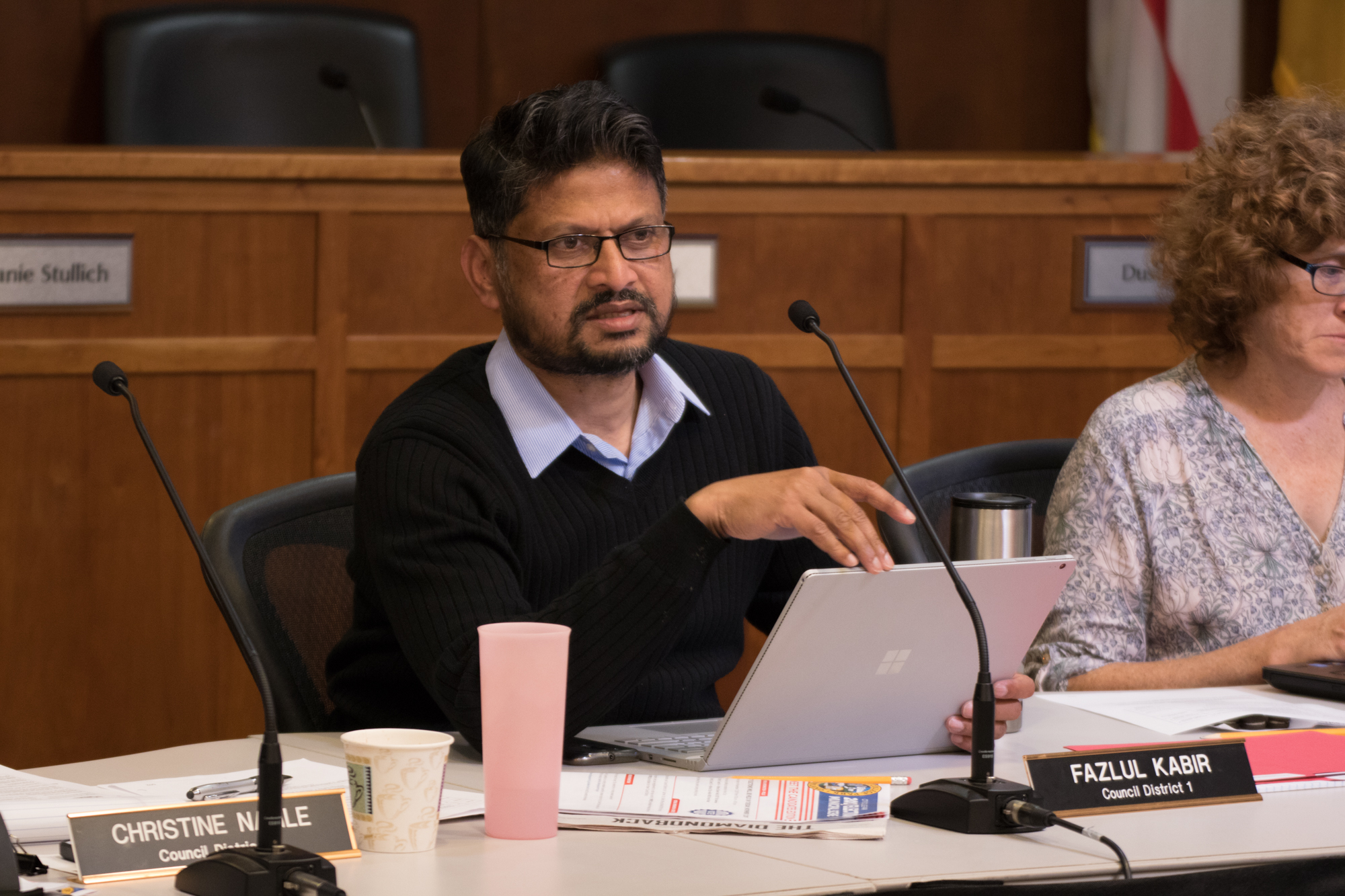 There is an approval process in place for using the fields, which lends priority to the College Park Boys and Girls Club and other College Park-based groups, according to this week’s mayoral update. The council may consider separate criteria for the concession stand and restroom facilities for events when the field is not in use, the update read.

The council discussed the city’s Recreation Board and the staff’s recommendations on field rules and regulations, which included suggestions to switch to all electronic applications and to explore ways to make the concession building available either with the field or on its own.

“Actions of the Recreation Board have to be conducted at a public meeting. I’m not sure what we’d need to allow board approval electronically,” said Bob Ryan, the director of public services. “That would certainly expedite the process.”

For current facility access, the different sections of Duvall Field, including the fields, the concession stand and the parking lot, are lumped under one field use application, Ryan said, but some events don’t use every part at the same time.

Food service in the concession stand has also been “very, very limited” due to Prince George’s County Health Department regulations and the stand’s permit to operate a low-hazard facility, said Terry Schum, the city’s planning director. Prepackaged foods and baked goods, for instance, can be sold at the facility, but foods that must be kept at certain temperatures are deemed “potentially hazardous,” she added.

“As soon as you get into any kind of preparation or cooking of potentially hazardous food — these are foods that need to be kept at a certain temperature, either high or low — then you have to file a very detailed food service handling plan with the health department and have a certified food manager named in order to get a different kind of permit,” she said.

The building can handle cooking but can only prepare food with a different permit, she said. The current low-hazard permit is set to expire next June.

District 1 Councilman Fazlul Kabir suggested establishing a key system similar to the Old Parish House’s current arrangement. The Old Parish House uses an electronic lock system that can be locked with a code or electronically from City Hall, City Clerk Janeen Miller said after the meeting.

The bathrooms aren’t being used, said Alan Bradford, the co-chair of the Recreation Board. He noted it’s a “dangerous situation,” as there is no one around to monitor them and they are at the back of the facility.

“I would hate for one of my kids to go back there and use them. You don’t know who’s there,” Bradford said.

City Manager Scott Somers said the city realizes “there’s a situation with the restrooms,” adding they’ve discussed a potential locking mechanism for the doors so that they unlock at dawn and lock again at dusk. Somers said city staff also discussed installing cameras in the area with signage saying the area is under surveillance, which he thinks will help the situation.

There was a ribbon-cutting ceremony Friday for the newly-renovated concession stand and plaza — a $1.3 million project — at Duvall Field, the largest city-owned recreational facility. The city had been planning to renovate the space for more than a decade, but after years of funding from the state’s Program Open Space, it had enough money to fund the project without delving into too many taxpayer dollars.

The new concession stand and plaza mark the first phase of Duvall Field’s renovations, and its sports fields should see updates soon.

“I speak for staff here, I think we’ve heard everything that you’ve said,” Somers said, noting that the community and field use has changed drastically since a master plan was made 10 years ago. Somers added that he’d like to see actions such as a discussion between the community and staff, or to “develop an action plan so that we can actually move those things forward and redevelop the park, so that it’s current with today’s youths.”

The next step is to pull together staff discussion, reach out to the community and potentially form a task force of community members which could be in the spring, he said.

The approved field use regulations could possibly be brought before the council again for approval as soon as next week if the changes are straightforward enough, Somers said.