‘Spread Hummus, Not Hate’: Jewish and Muslim advocates rally at UMD for unity 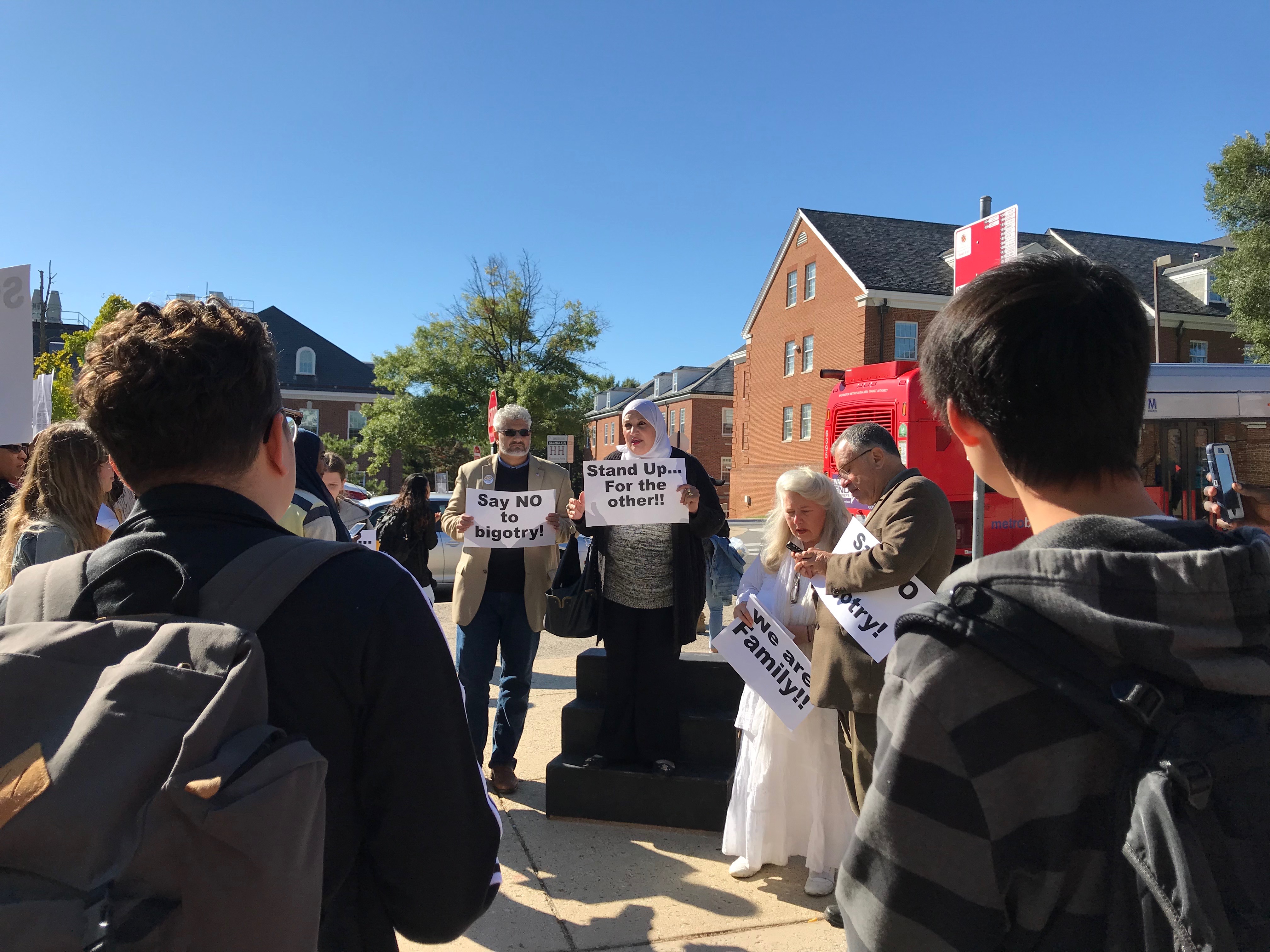 Members of the Greater Washington Muslim-Jewish Forum gathered Tuesday for the fourth year of the Spread Hummus, Not Hate tour at the University of Maryland, promoting unity amidst racial tensions in the United States.

The rally included forum members, students and other advocates, beginning outside Stamp Student Union. Participants served pita and hummus to those passing by, while chanting songs in Arabic, Hebrew and English.

Sahar Khamis, a professor in this university’s communication department, has organized the event on the campus for the last four years. Khamis is also a member of the Greater Washington Muslim-Jewish Forum.

“Nobody can fight these evils alone,” Khamis said. “We have to be united, we have to show solidarity, it’s what this event — Spread Hummus, Not Hate — is all about and that’s why I’m so passionate about it.”

The relationship between Muslims and Jews is often misconstrued, Khamis said. She said she works “to present an alternative image that Muslims and Jews can and are standing up together in the face of hatred, bigotry, Islamophobia, anti-Semitism, racism, and all forms of discrimination.”

About 10 members from the forum, along with a group of 20 students held signs encouraging unity, reading “stand up for the other.”

“It’s getting us involved in the community and sharing some hummus, not hate,” said junior Maynor Navarro, a communication government and politics major. “I do believe that groups like this are helping unite the campus community.”

This event comes after multiple hate bias incidents on the campus. In the past month, a former employee at this university was charged with malicious property destruction after a swastika was found spray-painted on a trash cart by Hagerstown Hall, and another was found in the men’s bathroom in the North Campus Dining Hall.

“This is ridiculous, this is 2017, we’re not going to take this anymore,” said Parves Khan, a rally participant.

Khan cited the current political climate in response to the increase of hate crimes in this country. This rally started four years ago after Islamophobic posters were found in various Metro stations in the D.C. area in 2012.

After the rally at this university, members of the forum traveled to Washington, D.C. to meet with political leaders, including Rep. Jamie Raskin (D-Maryland) to advocate for more discussion on the recent increase of hate crimes in America.

Current events “make us feel the urgent need to do more,” said Imam Tarif Sharam, a chaplain for this university’s Muslim Student Association.

Members of the forum also encouraged students to take part in more advocacy on the campus, suggesting working with students to increase outreach for organizations supporting unity between all races, ethnicities and religions.

“We really wanted to come out as grassroot Muslims and Jews to make the statement that we love each other, we’re here for each other and we’re gonna stand up for each other if either community is under attack,” said Walter Ruby, the forum’s chairman.