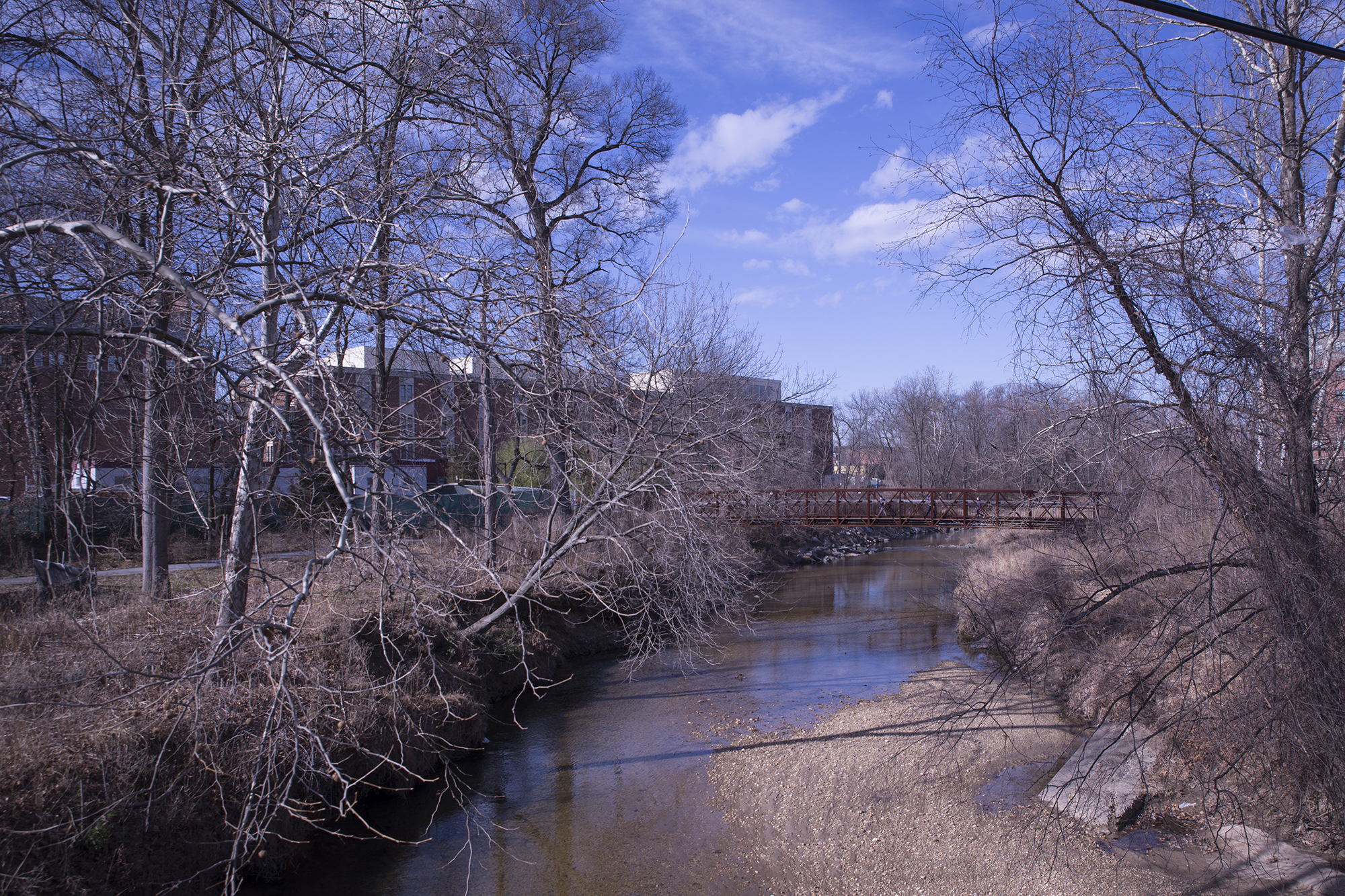 A stream that runs along campus and the Paint Branch Trail.

College Park is practically always under construction, always enacting plans to expand and urbanize the city. While it brings ever-growing opportunity and myriad pizza places, construction almost always puts people in opposition to their environment. And it just so happens that College Park is uniquely unsuited for building in the long term.

A number of things about College Park make it not ideal for land development, beyond the inconvenience more than 30,000 students face walking around construction daily.

The University of Maryland itself is built on four closed landfills, three of them near Paint Branch Creek. Though this university has taken care to monitor groundwater for contamination and restrict its use, long-term construction can easily harm the delicate environmental equilibrium that keeps toxic substances, such as arsenic and methane gas, from leaking into the stream and adjacent bodies of water.

The problem arises because all four of these landfills are unlined, meaning there is no barrier between garbage rot and the ground, allowing contaminants to filter into groundwater. They’re also all more than 40 years old. If the upper barrier on the landfill breaks down at all — such as through pavement cracking or dirt filling washing away — water will meet trash to generate polluted water and potentially explosive gases. These sites pose a perpetual risk to human health, and there are similar sites in the surrounding area.

Trash isn’t a solid foundation for a city to grow on, and the threat it poses will never go away. The groundwater has to be constantly monitored and the landfill cover must be maintained for centuries; these are resources that could be better spent if we didn’t choose to battle our environment.

The underground biohazards don’t stop there, either. Deteriorating sewage systems are a nationwide problem; last month, a massive “fatberg” of fat, wet wipes and other globs of gunk was found in a Baltimore sewer main. The pipe it was caught in was about 100 years old. The D.C. area has pipes that are closer to 200 years, and they often can’t manage their loads.

When the sewers can’t transport water away, floods transport ground litter directly into bodies of water. Because our campus’ drainage system is undersized, Paint Branch Creek takes the brunt of the trash lying around the university. As we try to bring more people to this densely populated area, we need the infrastructure to sustain them.

However, we already overload and pollute the rivers and lakes in our area every time it rains. Adding loosened debris from construction certainly won’t help, and neither will adding more people dependent on these ailing pipes. Current plans to replace them are slow, aiming to deliver 1 percent of new piping a year, and complications from building plans and new construction won’t get us to sustainability any sooner.

Even completed construction shows the folly of building in College Park, which is cut throughout by the Paint Branch tributary. The Varsity garage brings needed parking space to the area, but it’s situated on the river’s cut bank — that is, it’s on the edge of the river that’s eroding away and expanding outward. Though rock barriers have been set up to stem its force, you can’t defeat its flow. Eventually, the waters will overcome the rocks and carve out to flood the garage.

Though we try to enact sustainability measures and construct with low environmental impact, College Park is a pollution time bomb. It’s not reasonable to expend so many resources in an area that must take so many precautions to be habitable. We must embraces our city’s character — it’s gross and dangerous — and tread more carefully than we have been.

Sona Chaudhary, opinion editor, is a sophomore English and geology major. She can be reached at opinionumdbk@gmail.com.