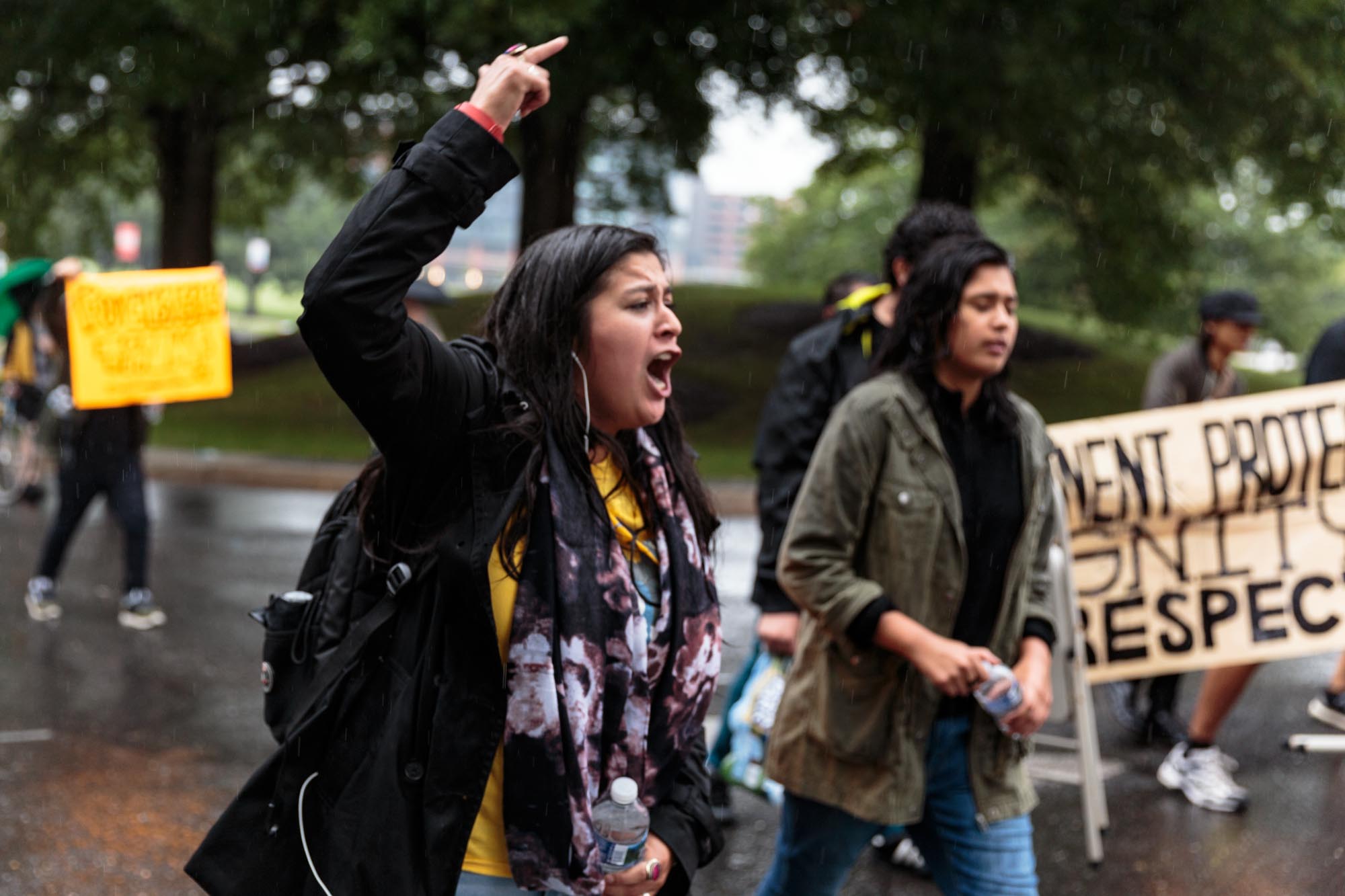 Nadia Salazar-Sandi, a community member, leads chants and demonstrators with Cosecha MD as they marched up campus drive to protest the treatment of immigrants in America on Tuesday, August 29, 2017. The demonstration lasted 11 minutes to represent the 11 million immigrants who may face deportation. (Tom Hausman/The Diamondback)

Maryland-based immigration advocacy organization CASA de Maryland announced Thursday it is suing the Trump administration in response to its decision to end DACA.

This announcement coincides with the last day those with Deferred Action for Childhood Arrivals — a program for undocumented immigrants who came to the U.S. as young children to study and work in two-year blocks — can reapply.

Although new DACA applications are no longer being accepted, those covered under the program with permits expiring before or on March 5 had until Thursday to renew their statuses.

“This is one step in a long fight,” CASA Executive Director Gustavo Torres said, citing the organization’s work to pass the Maryland Dream Act in 2011. “We stand here today to challenge the arbitrary, mean-spirited and awful end to DACA by the Trump administration and to raise the voice of the warriors who fought for DACA.”

The program has protected nearly 800,000 immigrants nationwide and 113 of the University of Maryland’s students had DACA as of fall 2016.

Torres was joined by immigrants with DACA, who shared their stories and held signs that read including, “Defend DACA,” and “Dreamers are here to stay.”

“I am more committed than ever to be part of this lawsuit,” said Misa Garcia, an immigrant from Mexico protected under DACA who spoke at the press conference, which was broadcasted over Facebook Live.

As a new father who came to this country at 12 years old, he said it is now more important for him to keep his working permit.

“My baby girl is depending on me to provide for her,” he said.