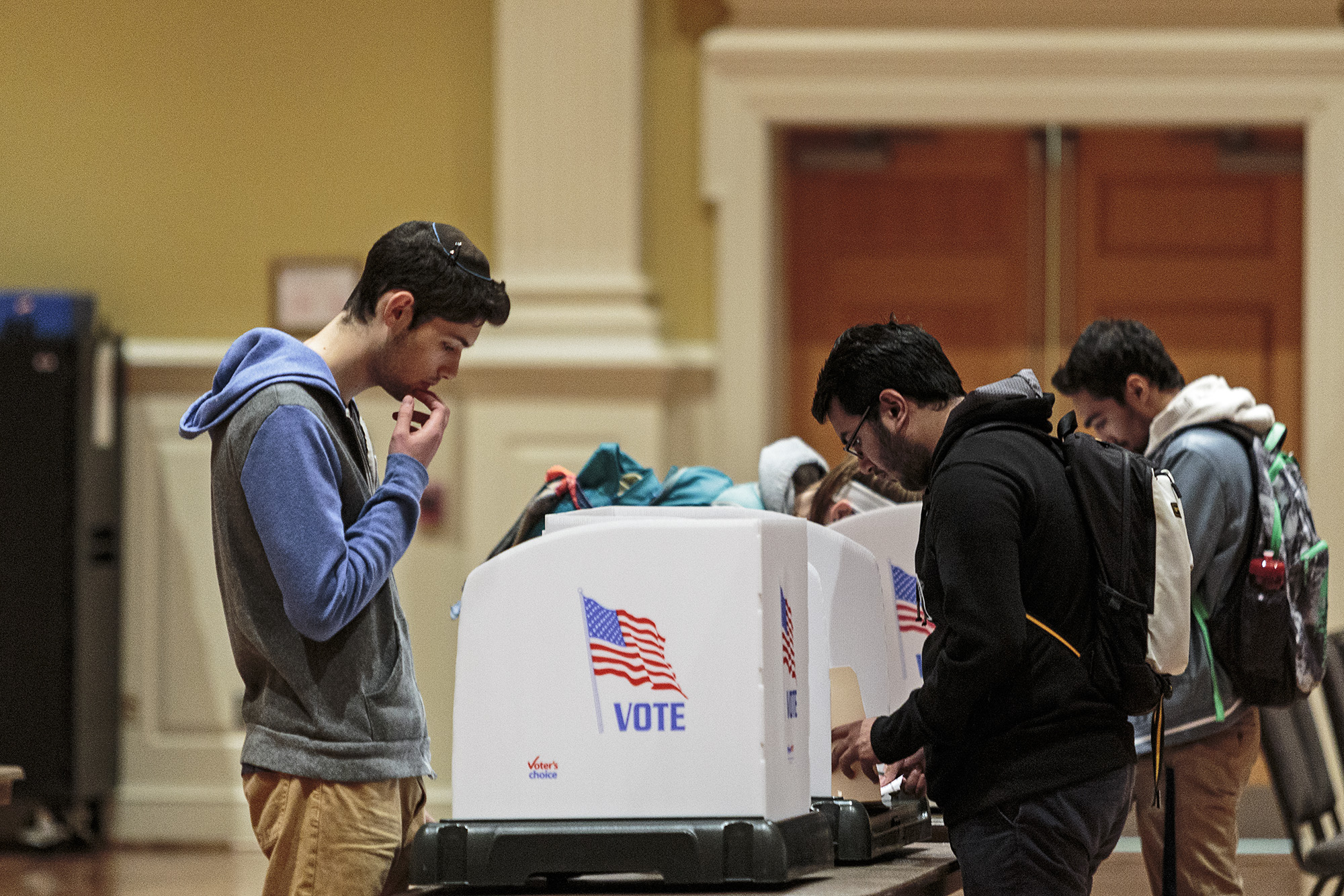 The 14 Big Ten university presidents, including University of Maryland President Wallace Loh, each pledged $10,000 to help their respective universities promote campuswide civic engagement, according to a Sept. 17 news release from Penn State University.

The Big Ten Voting Challenge was created to spark incentive for universities to encourage students to vote, as the youth voting rate is particularly low, Loh said. Prizes will be awarded to the school with the highest eligible voter turnout percentage and the school with the most improved percentage of turnout between the 2014 and 2018 elections, according to the challenge’s letter from the Big Ten presidents.

The vice president’s office in the Division of Student Affairs at this university will decide how the $10,000 will be spent, Loh said, and the Student Government Association is forming a committee that will discuss options for how to best use the money.

SGA President AJ Pruitt said he is interested in looking at a variety of options for the money, which may include intern programs, entertainment programming and educational experiences, all which would focus on civic engagement issues.

“We’re going to work to get broader input from not only the SGA, but out other student groups that are working with us on our voter registration efforts and our civic engagement efforts,” said Pruitt, a senior economics and government and politics major. “After we’ve gotten their input, I’m sure we’ll make some good decisions about that, but it’s nice to have that pledge from President Loh and the administration.”

This university’s Assistant Vice President for Student Affairs John Zacker suggested a civic engagement office or position within the administration might enhance civic engagement on the campus. Jane Hirshberg, assistant director of campus and community engagement at the Clarice Smith Performing Arts Center, originally proposed the idea for the office.

Hirshberg declined to comment on the project because it is in its preliminary stages, she wrote in an email.

The SGA is also interested in proposing a day off on Election Day for presidential elections to encourage students to take the time to vote, Pruitt said, adding that he would also look for opportunities to institute programming to raise awareness about the importance of voting that day.

The voting rate among young people ages 18-29 was 46.1 percent in 2016, slightly higher than the 45 percent turnout among young voters in the 2012 election, according to U.S. Census data. The only election that saw more than half of young people vote was in 2008, with a turnout of 51.1 percent.

The voting rate at this university in the 2016 election was 60.4 percent, a 6.2 percent increase from 2012, according to a report from the National Study of Learning, Voting and Engagement.

Pruitt, who is working on civic engagement issues with Zacker and SGA Civic Engagement Director Georgie Jones, said while this university should look at establishing a civic engagement office or position in the future, the idea is not feasible right now. The SGA is focused on building on the resources it currently has to promote civic engagement, Pruitt said.

“Having an SGA director that’s focused on this, Georgie, is a huge step for us and the continued use TurboVote, which this will be our third time using it, has really led to a lot of success in terms of getting students registered.” TurboVote is an online service students can use to register to vote that also sends reminders for upcoming national or local elections.

The SGA committee, which will be made up of faculty, staff and students from this university, will look to peer institutions that have pursued projects that reflect success in garnering increased voting rates, Jones said.

The University of Michigan’s Edward Ginsberg Center hires paid staff members and students interns that are dedicated to working on civic engagement. Rutgers University has a Rock the Vote event on voter registration day that incorporates activities like live music while student organizations campaign to encourage students to register to vote.

Last year, former SGA President Katherine Swanson worked with Zacker on civic engagement through the All in Democracy Challenge, a competition among colleges and universities to increase voter participation. In 2016, 290 higher education institutions participated, including 11 Big Ten schools. This university ranked third in registration rates among participating Big Ten schools with 4,847 registered students.

Because “civic engagement” can take on many different meanings and interpretations, it has been difficult to assess how well the university is doing in promoting engagement because there is no existing way to consolidate all data for such efforts on the campus, Jones said.

“Nobody is saying they don’t want to be involved, but there’s nobody really championing it and organizing it into one thing and so that’s one thing [Zacker] hopes that we improve on,” Jones said. “We have a pretty good turnout for colleges and we have a pretty good registration rate, but we can’t tell what other parts we’re really lacking in.”