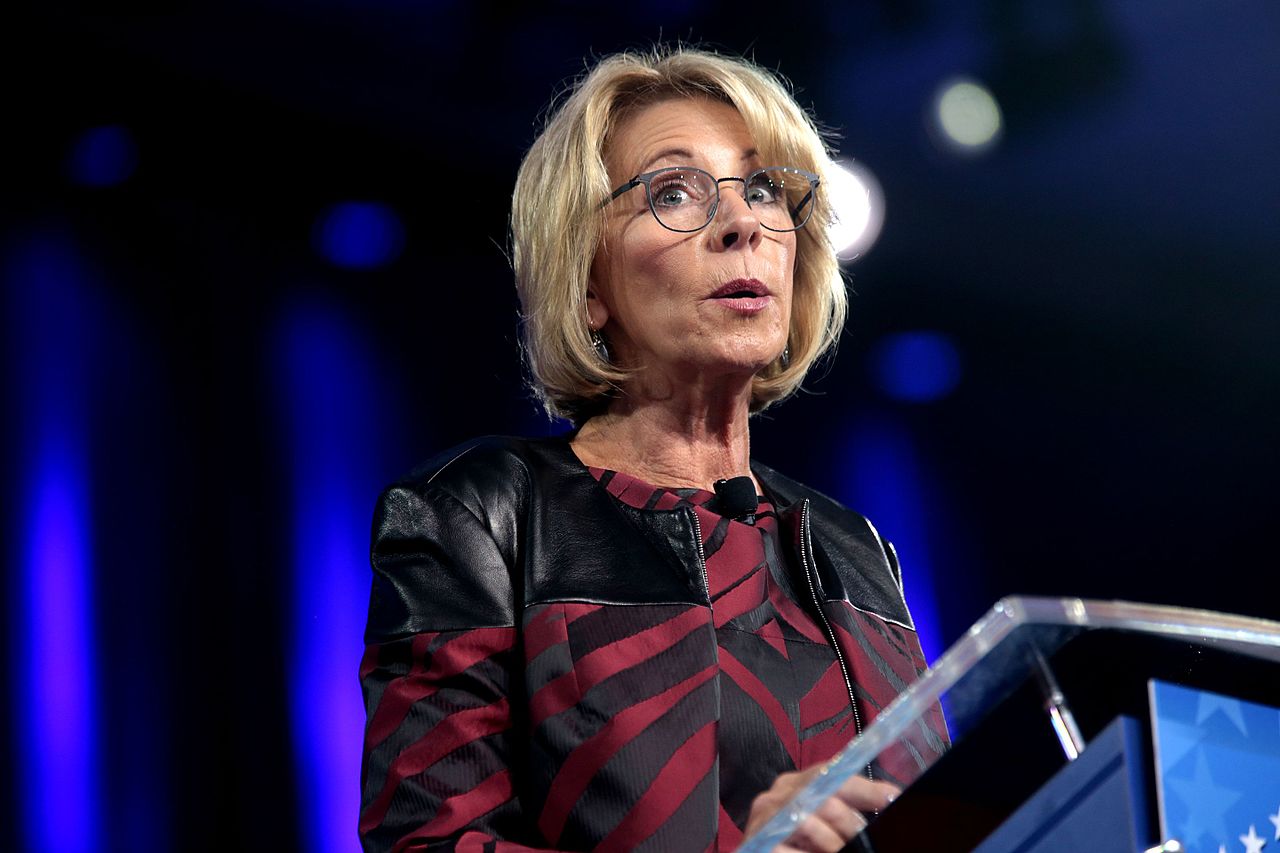 U.S. Education Secretary Betsy DeVos rescinded Obama administration guidelines on Friday for investigating sexual assault on college campuses.
These Obama-era guidelines, which urged colleges to aggressively investigate sexual assault, were replaced with temporary instructions allowing universities to decide which standard of evidence to use when handling complaints.
Under Obama, colleges used “the preponderance of evidence” standard, which states “the proof need only show that the facts are more likely to be than not so.” Now, they can use that standard or “clear and convincing evidence standard,” which is defined as “that proof which results in reasonable certainty of the truth.” This standard is more difficult to meet when evaluating sexual assault cases.
University of Maryland President Wallace Loh wrote in a statement that this “interim guidance” will not change this university’s “commitment to a learning, living, and working environment on campus that is free from sexual misconduct and violence.”
In the statement, Loh wrote that this university will “assess the interim guidance” and review its own policies and procedures surrounding sexual assault and misconduct, which will be done through discussions with the University Senate, the Division of Student Affairs, this university’s Office of Civil Rights and Sexual Misconduct, University Police, campus leadership groups, the University System of Maryland, and the Maryland Attorney General.
“We will move forward in a manner that reflects our institution’s core educational mission and values, complies with existing law and regulations, and provides the safety and fairness that all members of our University community deserve,” the statement reads.
This guidance will be in effect until the US Education Department collects comment and issues new rules.
This university will also seek to provide comments in the “rule-making process,” Loh wrote.

“This interim guidance will help schools as they work to combat sexual misconduct and will treat all students fairly,” she said in a statement.

The decision also withdraws the 2011 “Dear Colleague” letter that prohibited sexual violence under Title IX anti-discrimination laws.
“Schools must continue to confront these horrific crimes and behaviors head-on,” DeVos said. “There will be no more sweeping them under the rug. But the process also must be fair and impartial, giving everyone more confidence in its outcomes.”
The department’s Office for Civil Rights has launched two investigations at this university for possible violations in its handling of sexual violence cases. The government has conducted 439 investigations of colleges possibly mishandling sexual assault reports, according to the Chronicle of Higher Education.
Of these investigations, 79 have been resolved and 360 remain open.
A former student who was expelled after being found responsible for sexual assault filed a lawsuit against this university last September, claiming his due process rights were violated during the investigation.
Please support our journalism by donating to The Diamondback.
Categories: