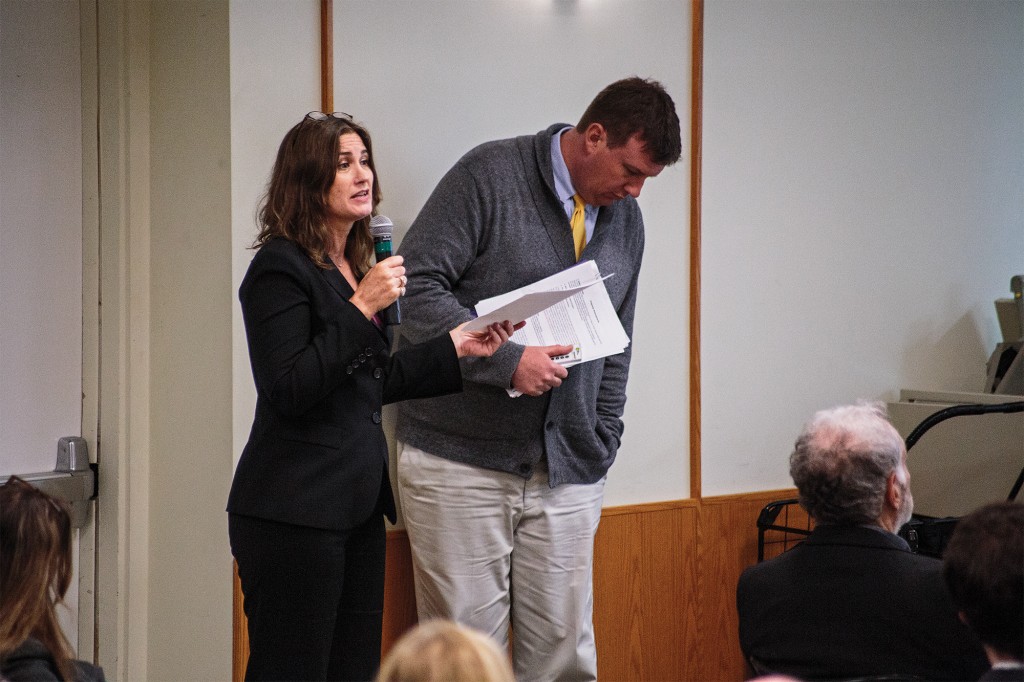 In a statement released on Twitter late Wednesday night, SGA President AJ Pruitt said Carroll categorized the move as a “demotion” during a Sept. 7 conversation.

Pruitt, who said he learned of the change during the conversation with Carroll, called for more transparency from this university’s administration after U.S. Education Secretary Betsy DeVos recently announced plans to rewrite Obama-era Title IX guidelines.

“[A] decision of this magnitude should not, and cannot be made in the dark,” Pruitt said in the statement.

Carroll did not respond to an email requesting comment.

While both Poterala and Eastman report directly to Loh, Pruitt raised concerns in his statement about what he called a conflict of interest between Poterala’s responsibility of “limiting the liability the University faces” and the independence of the Title IX office, which is tasked with investigating sexual misconduct cases. Pruitt did not respond to requests for further comment.

The general counsel manages this university’s legal representation — including in cases regarding the university’s handling of sexual misconduct — and provides legal advice to Loh and other university officials.

Loh said the reassignment was meant to ease the reporting process, which consists primarily of performance assessments and salary judgments. Carroll should not be reporting to Poterala about her office’s daily work, Loh added.

“Since a lot of the issues are also legal issues, [Eastman] ends up running back and forth to the legal department,” Loh said. “We finally said, ‘Look, let’s make this simpler. And let’s have — you know, Catherine Carroll’s a lawyer, general counsel’s a lawyer. Let her report directly to general counsel.'”

University spokeswoman Katie Lawson said in a statement Wednesday that the president’s office, general counsel and Office of Civil Rights and Sexual Misconduct are “aligned in [the] commitment” to protect the rights of the campus community, including victims of sexual assault.

“This is simply a change in reporting structure,” the statement read. “Our work to create a campus that is free of sexual misconduct does not change.”

In each of the first two academic years since the Title IX office’s creation in 2014, a record number of students were expelled for sexual assault. The university is facing a lawsuit from a former student alleging his due process rights were violated after he was expelled following an investigation that found him responsible for sexual assault.

This university is currently under federal investigation for its handling of sexual misconduct cases, and Carroll has previously called the Title IX office underfunded and understaffed.

When the Title IX office was created, Carroll reported to the provost, Loh said, but this was eventually changed as Carroll began drafting new university policy.

The university garnered national attention last year when the SGA proposed a mandatory student fee to aid in funding the Title IX office. The SGA withdrew the proposal after this university announced it would create six new positions across two offices to help address sexual misconduct on the campus.