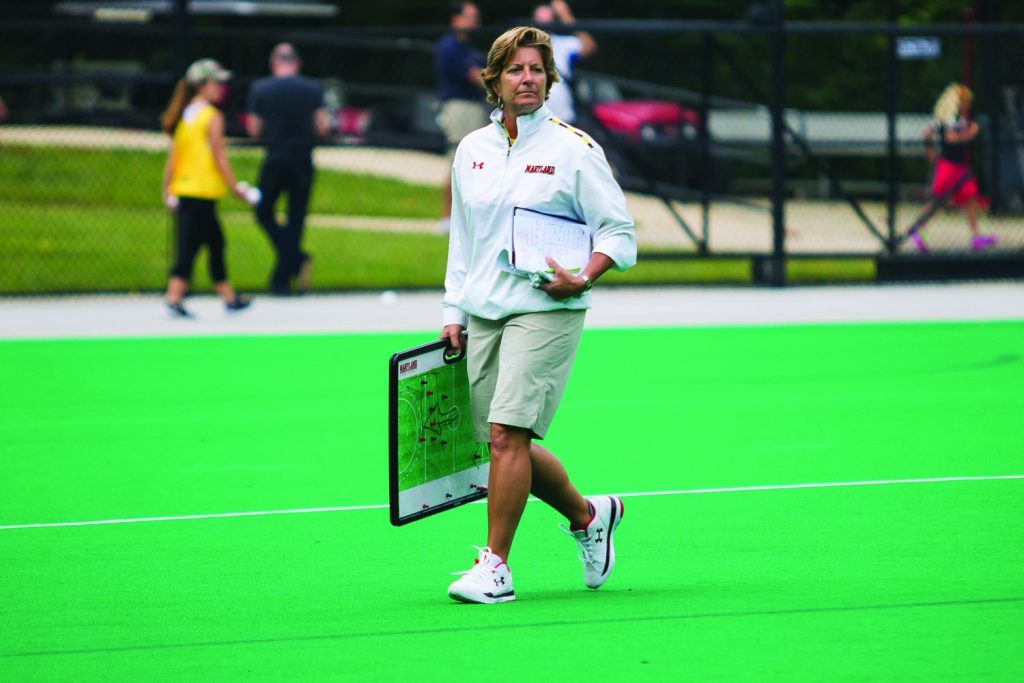 After a surprising second-round NCAA tournament exit last season, Maryland field hockey is off to a slow start. It lost both its games this past weekend at the Big Ten/ACC Cup due to offensive struggles. Here are takeaways from the contests:

But because Bates is no longer with the program, Holliday has been tasked with starting Maryland’s first three games this season. In the ACC/Big Ten Cup in Lancaster, Pennsylvania, Holliday responded, recording a career-high 13 saves in a 2-0 loss to No. 2 Duke on Friday night.

Holliday was tested from the outset, as the Blue Devils’ potent attack attempted nine shots in the first half and another 11 after the intermission. She tallied six saves in the first and seven in the second, a sign that despite Maryland’s offensive struggles, Meharg might not have to concern herself with who will start in goal in the coming weeks.

“She’s playing well in practices,” Meharg said Friday. “Her mentality is good. She’s very even keel. I’m not surprised by that outcome. She has a very good game.”

Holliday was similarly effective in more than 65 minutes in goal Sunday against No. 12 Boston College, earning three saves and holding the Eagles to a pair of scores.

The Clarksville native appeared in 17 contests last season and made 13 starts. Holliday has experience facing the nation’s top teams, having recorded a combined 11 saves early last season against Syracuse and Boston College. Both were ranked in the top 10 at the time.

The Terps were swept in Lancaster, falling to the Blue Devils and the Eagles. The Terps’ attack struggled in both contests as they scored once over the two-game span.

Maryland was unable to score after intermission against Duke, who were similarly held off the board in the second.

On Sunday, led by defender Bodil Keus’ shot off of a penalty corner opportunity, Maryland cut Boston College’s deficit in half in the second period. Meharg said the Eagles were “physically very tough on our forwards,” contributing to the limited output.

Still, on both occasions, the No. 6 Terps fell short.

“I think the second halves of both games were very good,” Meharg said. “Very defensive field hockey. We’re definitely growing as a team.”