The Purple Line will help students, the environment and the economy 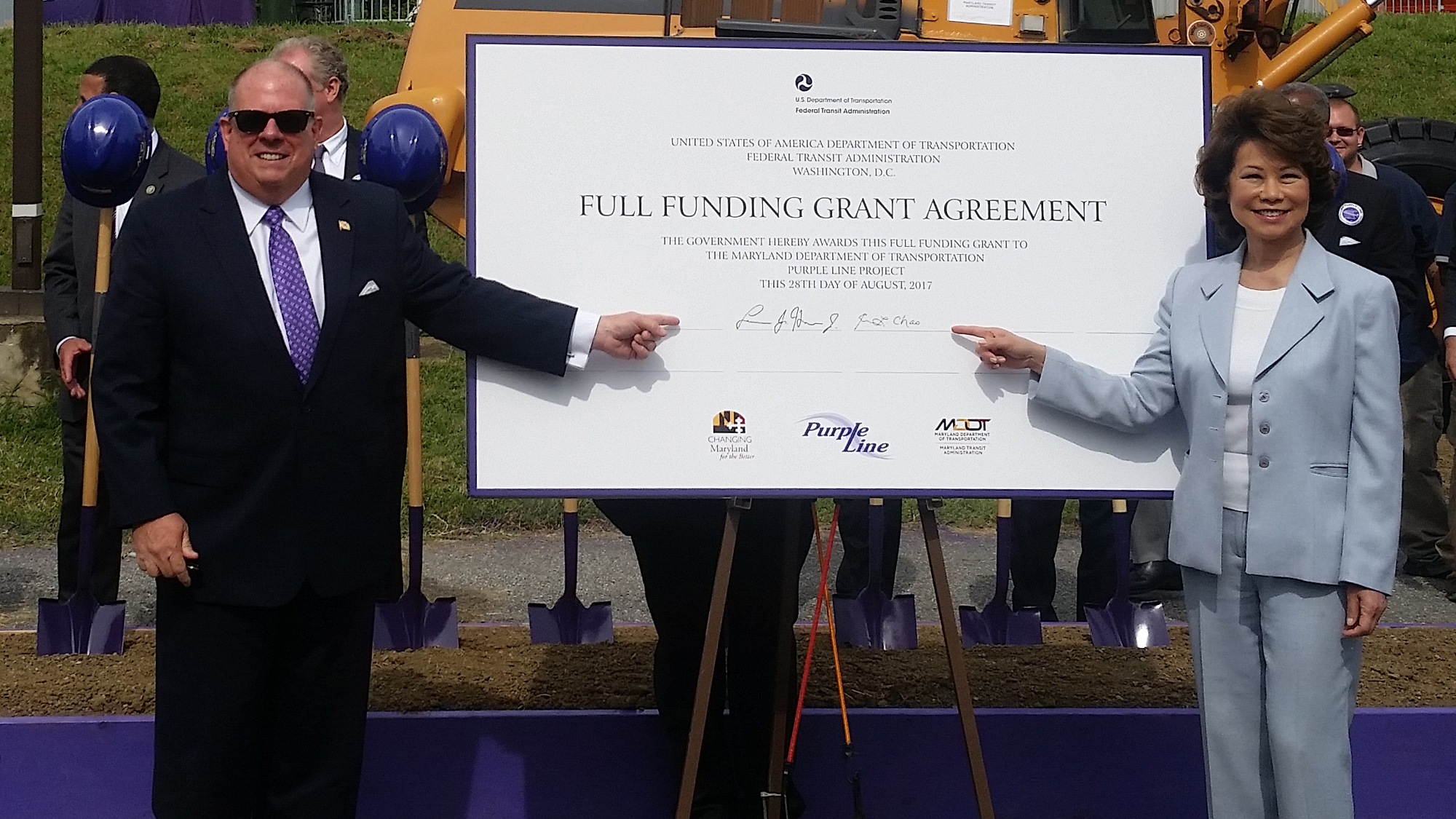 After an official groundbreaking ceremony on Monday, the Purple Line is now under construction. Over two decades of planning and debate have gone into the project thus far, but there is an end in sight, as service on the Purple Line is expected to begin in spring of 2022. The light-rail system will span over 16 miles and feature 21 new stations, three of which will cut directly through the University of Maryland campus.

The construction of this transit line has been highly controversial, and the official start of the project has upset some residents of the D.C. area. What dissenters fail to realize, though, is that the Purple Line will benefit the region far more than it would hurt it. The Purple Line Project estimates it will generate over 6,300 jobs throughout the construction process. It will also allow low-income areas access to a reliable, relatively inexpensive form of public transportation. This connection will also bring more outsiders into disadvantaged areas, guaranteeing more traffic to local businesses.

In similar situations in the past, this dynamic has raised housing prices and caused neighborhood gentrification that forces residents out of their homes. In an effort to remedy this, the University of Maryland partnered with members of local communities to create the Purple Line Community Compact, which proposes an economic plan for community development along with strategies to ensure residents will not be displaced. This plan suggests ways to support local businesses and provide struggling residents with jobs. Paired with the presence of the Purple Line, this plan will play a major role in the stabilization and betterment of neighborhoods that otherwise would not obtain this outside investment.

As a student, the prospect of having a quicker way to navigate the area is exciting. The Purple Line offers a more direct route to popular areas like Silver Spring and will heavily reduce traffic on other Metro lines, making the train cars less crowded. I live near the New Carrollton station and have to travel 20 Metro stops to return home from College Park. However, once the Purple Line is constructed, there will only be one stop between the two stations, greatly simplifying my commute and the commutes of many others who live or work near the new stations.

Those who oppose the project claim that it is too expensive, considering the impact it will have on the community. For those who remain unimpressed by the long-term economic benefits of the light-rail system for local communities, the Purple Line will also bring an environmental benefit. The line will be operated using electricity, so no harmful emissions will be expelled into the surrounding area. The Purple Line will also give many people the opportunity to travel without driving cars. It will save a million gallons of gas per year, according to official projections.

The Purple Line will offer convenience, environmental benefits and economic advantages to Washington and its surrounding neighborhoods, many of which are in dire need of revitalization.

Sydney Wess is a junior broadcast journalism and art history major. She can be reached at swess@terpmail.umd.edu.