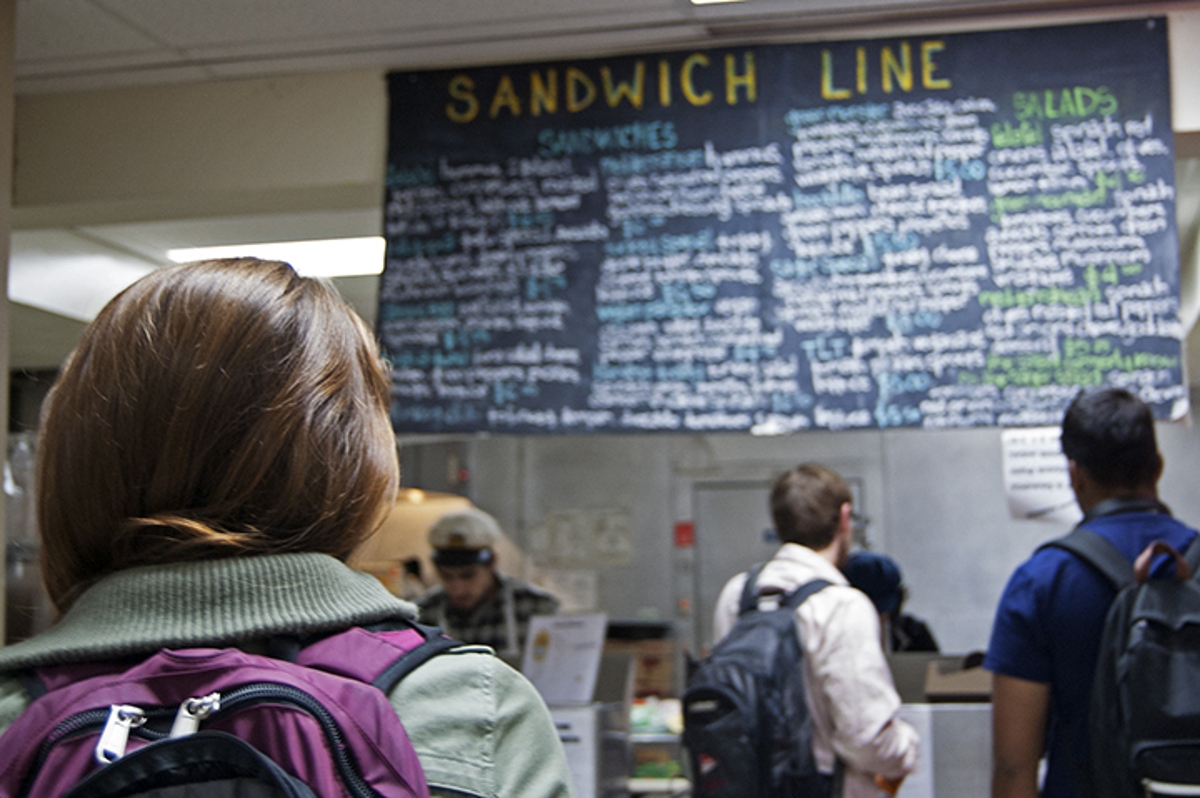 The Maryland Food Collective, whose future seemed uncertain after facing inventory losses and a walk-in refrigerator malfunction this summer, is once again up and running.

Since launching a fundraiser in June, the worker-owned Co-op has raised more than $9,000 in donations from more than 200 supporters. The fundraiser’s initial $7,500 goal, which covered losses in sales and inventory, was reached on July 1.

“Immediately … we got a huge amount of support from the community,” said Chris Moulson, a worker-owner at the Co-op for the past four years. “People came out left and right: individuals, organizations, former workers, people from across the country who had never even heard of us before but just care about the movement.”

For the fundraiser’s next phase, the Co-op is looking for a total of $15,000 to help revitalize the 41-year-old store, which aims to provide healthy, high-quality food options on the University of Maryland’s campus, according to its website.

In August, the store closed for three weeks to update its menu, expand its grocery selection, improve store seating, install a coffee bar and build a performance stage. It now has soap, lotion, soup, breakfast sandwiches and macaroni and cheese available for purchase, said Connor Milam, a worker-owner for three years.

These changes had been in the works for years, but the donations from the fundraiser allowed the Co-op to finally go ahead with them, Moulson said.

“When push came to shove, when we had to raise some money to stay open, we realized that it was better to do it and … show people that we’re actually redeveloping the business in a new way to get people excited and to get buy-in on the project — things that had been dwindling a little bit,” he said.

Pete Myers, a two-year worker-owner, said it was the Co-op’s own fault if customer support had dwindled in the past, but the changes to the store’s selection, service and appearance addressed its previous problems. All of the customers he’s talked to so far support these changes, he said.

Anthony Sartori, a senior psychology major, said he spends a lot of money at the Co-op because he doesn’t want to see it go under. He points to the store’s new stage and coffee bar as major improvements to its layout and community atmosphere.

The Co-op was about $20,000 in debt at the end of the spring semester, and financial hardships were a “constant struggle,” Myers said, adding that the fundraiser was a “temporary solution for a long-term thing.”

The Co-op pays its worker-owners above minimum wage, and its mission to provide healthy and natural foods for fair prices contributes to the pressure of making ends meet, Myers said.

Every donation from the fundraiser provided emotional as well as financial support, Moulson said, and showed the Co-op’s worker-owners couldn’t let it go out of business. During the summer, the worker-owners often worked long hours without pay, he said.

“I’ve never felt closer with my co-workers than now,” Moulson said. “You go through hell and you come out stronger.”

Jonathan Allen, a history doctoral student, said the Co-op is the only place to consistently get good vegan food on campus.

“This is one of the few really interesting places on or near campus,” he said. “Everything upstairs is the same sort of places you would find in any mall in America … It’s really dull and formulaic and corporate.”

Alli Hanley, a third-year public health doctoral student, said she supports the Co-op because it’s a student-run operation. Graduate students can’t work additional hours if they receive stipends for their education, she said, and these stipends aren’t enough for students to live off, especially if they are from outside the United States.

The Co-op offers the choice to work for food credit, which helps supports these international graduate students, she said.

“Whereas the other food restaurants the money is just going to McDonalds or Moby Dick or wherever, this is actually the lifeblood of the campus,” she said.

But the Co-op’s plans for revitalization are still not finished. There are hopes for an espresso machine, kombucha on tap and further expansions of the store’s grocery options in the future, Moulson said.

The Co-op is improving the seating as well as ironing out the workflow to make service faster and more efficient — improvements Moulson called “bread-and-butter” rather than “flashy,” like new coffee bars and the stage.