President Loh speaks out against “supremacist ideology” of Charlottesville protesters 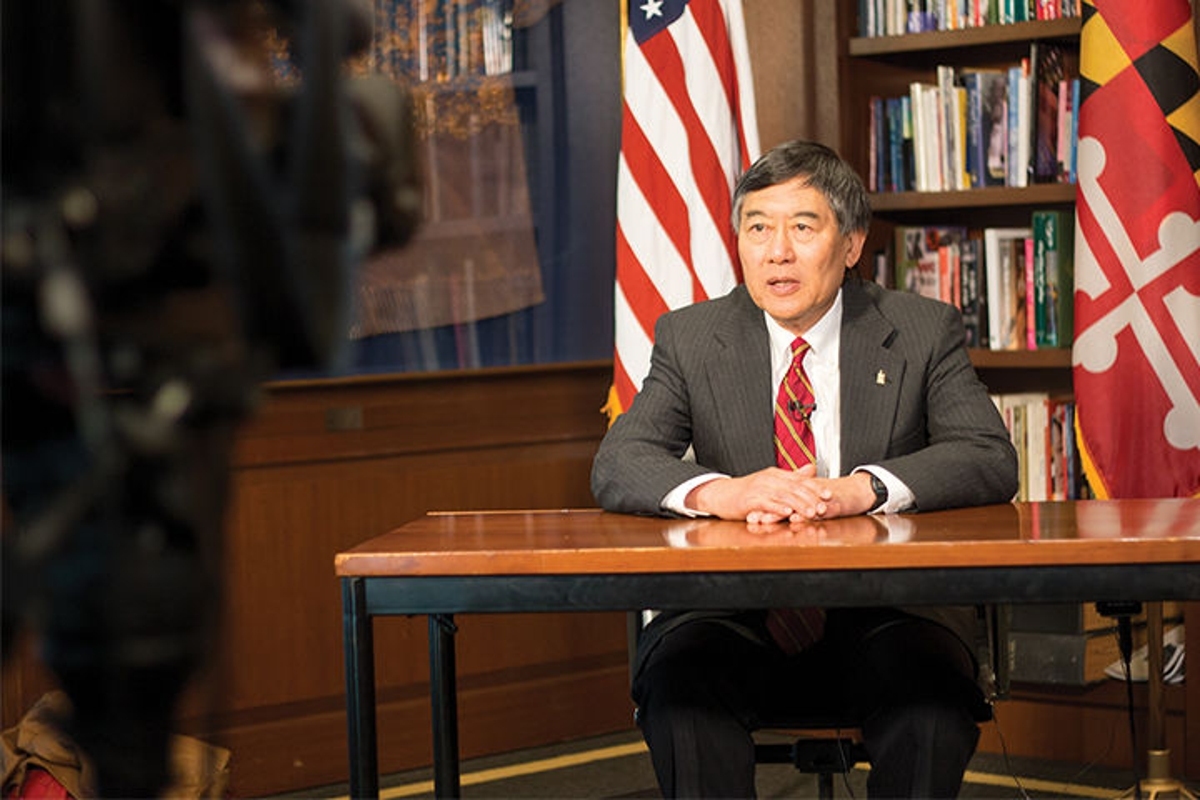 University of Maryland President Wallace Loh condemned “the supremacist ​ideology of hate, bigotry, and violence” he said was on display in Charlottesville, Virginia, Saturday.

Hundreds of white nationalists, many bearing Confederate and Nazi symbols, organized and clashed with counter protesters in the city, leaving 35 injured.

One was killed and 19 were injured after a car plowed into a crowd of counter protesters after the Charlottesville demonstration.

“The University of Maryland stands in solidarity with the University of Virginia and the City of Charlottesville in ​our ​shared​ commitment to fundamental American values of diversity, inclusion, and mutual respect,” he wrote in a statement.

Symbolism for American Vanguard, whose white nationalist posters were found on this university’s campus in December and again in March, appeared at the Charlottesville demonstration.