UMD’s new chief diversity officer was on his own search committee, but he didn’t pick himself 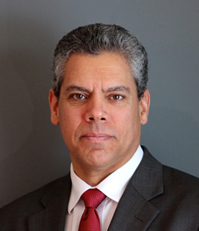 While the University of Maryland’s new chief diversity officer Roger Worthington served as a co-chair of the search committee for the position and did not participate in the same public forum interview process as the other candidates, officials stand by his appointment.

Worthington served as a chair of the search committee, alongside Assistant Vice President for Student Affairs Warren Kelley. The committee selected three finalists, who underwent days of interviews and public forums, Kelley said. Worthington was not in this group. After that, the committee’s work — and therefore Worthington’s — was finished.

“When we made our recommendations to [Provost] Mary Ann [Rankin] for finalists … the work of the search committee was done,” he said.

Rankin and university President Wallace Loh ultimately chose Worthington because of events on and around the campus, including the discovery of a noose in a campus fraternity house in April, the discovery of bananas hanging from nooses at American University and the stabbing of a black Bowie State University student at this university, all of which are being investigated as hate incidents.

Worthington could start right away, since he was already serving as professor at this university and was formerly a chair of the counseling, higher education, and special education department. University spokeswoman Katie Lawson said Worthington has begun work as chief diversity officer.

Another university spokeswoman, Jessica Jennings, said that although Worthington did not meet with students during the search process, these meetings are forthcoming.

“Dr. Worthington has already scheduled meetings with student leaders and will continue to meet with students.”