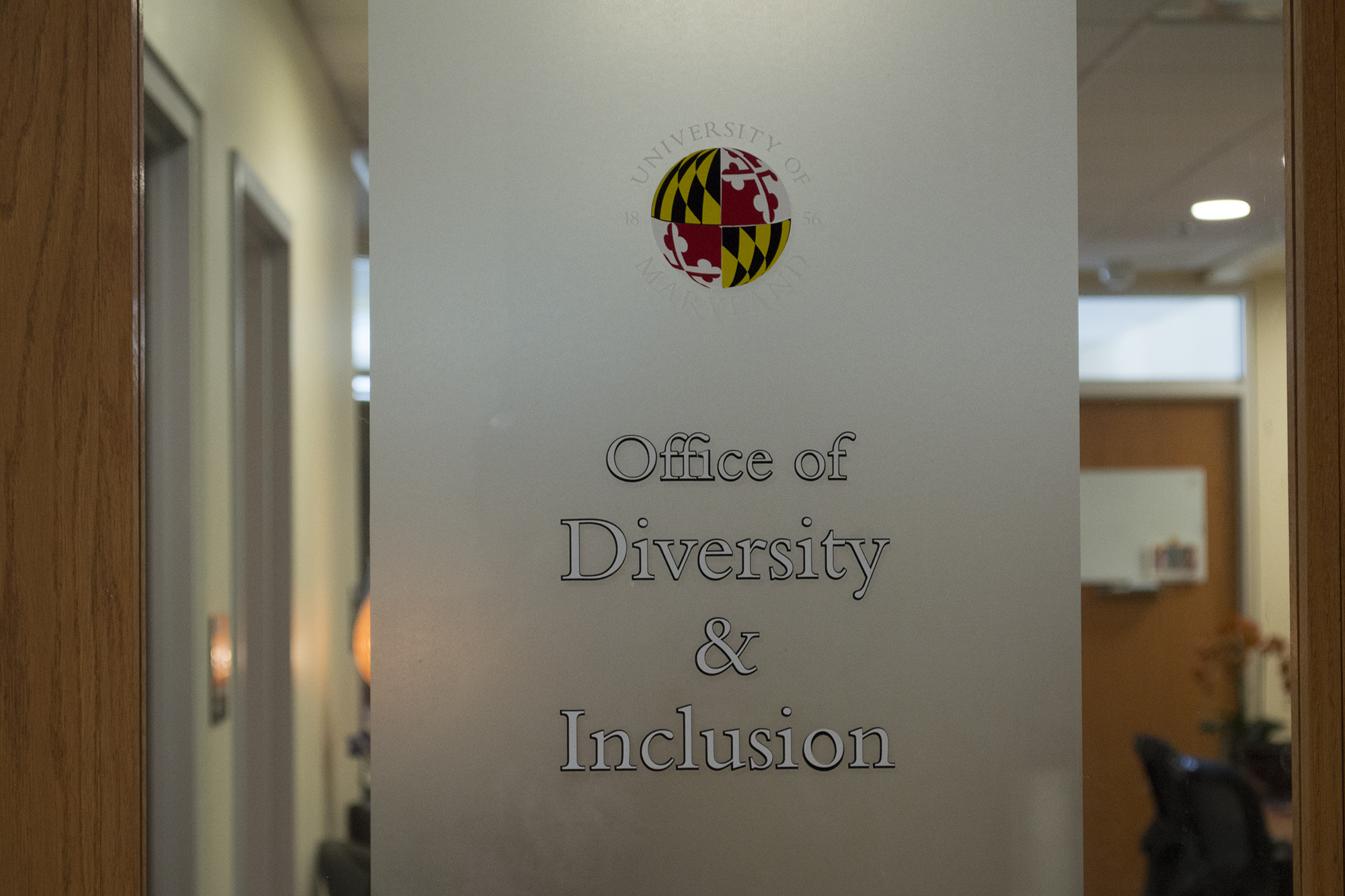 The Office of Diversity and Inclusion is located inside Marie Mount Hall. Claire Harvey// The Diamondback

Worthington is a professor and former chair of the counseling, higher education, and special education department.

Kumea Shorter-Gooden, this university’s first and former chief diversity officer and associate vice president of the Office of Diversity and Inclusion, announced her resignation in January.

The chief diversity officer’s responsibilities include heading this university’s Office of Diversity and Inclusion and being involved with outreach efforts to reinforce the university’s commitment to diversity, such as meeting with the President’s Commission, Diversity Advisory Council and University Equity Council.

Before arriving at this university in 2014, Worthington was the chief diversity officer and assistant deputy chancellor at the University of Missouri.

“I have dedicated my life’s work to advancing difficult dialogues and creating a culture of inclusion in higher education,” Worthington said in a university press release. “The University of Maryland was once a national leader for diversity in higher education. In the face of tremendous tragedy, we can come together as a community to achieve transformational change and return to being a model of equity and social justice.”

The campus community was rattled after Richard Collins III, a 23-year-old Bowie State University student, was fatally stabbed outside Montgomery Hall on May 20. Sean Urbanski, a 22-year-old University of Maryland student, was charged with first- and second-degree murder as well as first-degree assault in connection with the stabbing.

University Police are working with the FBI to determine whether the stabbing was a hate crime.

A search committee, which Worthington co-chaired, was created to find a replacement for the chief diversity officer position.

Cynthia Edmunds — a staff ombuds officer as well as a member of the search committee — was the interim position-holder for the spring semester.

In May and June open forums were held for three candidates, none of whom were selected for the position.

Worthington said the rationale to not choose one of the other candidates was best explained by President Wallace Loh’s email to the campus community on Thursday.

“During the course of the search, others and I came to the realization that the individual best fitted for this position at this time was ​already on our campus,” Loh wrote in the email.

Loh and Provost Mary Ann Rankin consulted with the search committee, and with its strong endorsement, they chose Worthington as the chief diversity officer.

“Times have changed in the last couple months at UMD, and that required [President Loh] and the provost and others to make a tough decision,” Worthington said.

Worthington will ​hold the title ​of interim associate provost and will be a member of the president’s cabinet​, the provost’s cabinet, and the ​deans’ council, according to the press release.​ ​

This university is working to elevate the chief diversity officer position to a vice president for diversity and inclusion, according to the press release, which is why Worthington will initially hold an interim position.

This shows “a major institutional commitment of effort and resources in areas such as campus climate; recruitment and retention; scholarship and creative work on diversity; and educational programs,” the release said.

As chief diversity officer, Worthington said he wants to renew the university’s status “as national leader for diversity and inclusion in higher education” by providing strong leadership.

“We’re in the midst of a really challenging time here at UMD and the most important immediate focus is to help the campus and to provide the leadership for the campus to help us move through this challenging time and to come out on the other side having improved ourselves,” he said.

Worthington added that his familiarity with the campus as a faculty member means he has “a set of relationships he can rely on to help move this work forward” as well as allow him to listen carefully to concerns of the campus community members.

This past academic year — amidst 13 reported incidents of hate bias and five reports of white nationalist posters in academic buildings — students demanded that the administration issue stronger responses to hate on the campus.

ProtectUMD, a coalition of groups formed in the wake of President Trump’s election win, presented the university with a list of 64 demands in November meant to better serve marginalized students. Coalition members protested in May outside the Main Administration Building after a noose was found hanging in the Phi Kappa Tau chapter house kitchen, and called for stronger punishment for hate speech and increased student involvement after Collins was killed.

“Listening is going to be really critical,” Worthington said. “The university needs to be as responsive as possible to bottom-up kinds of initiatives.”