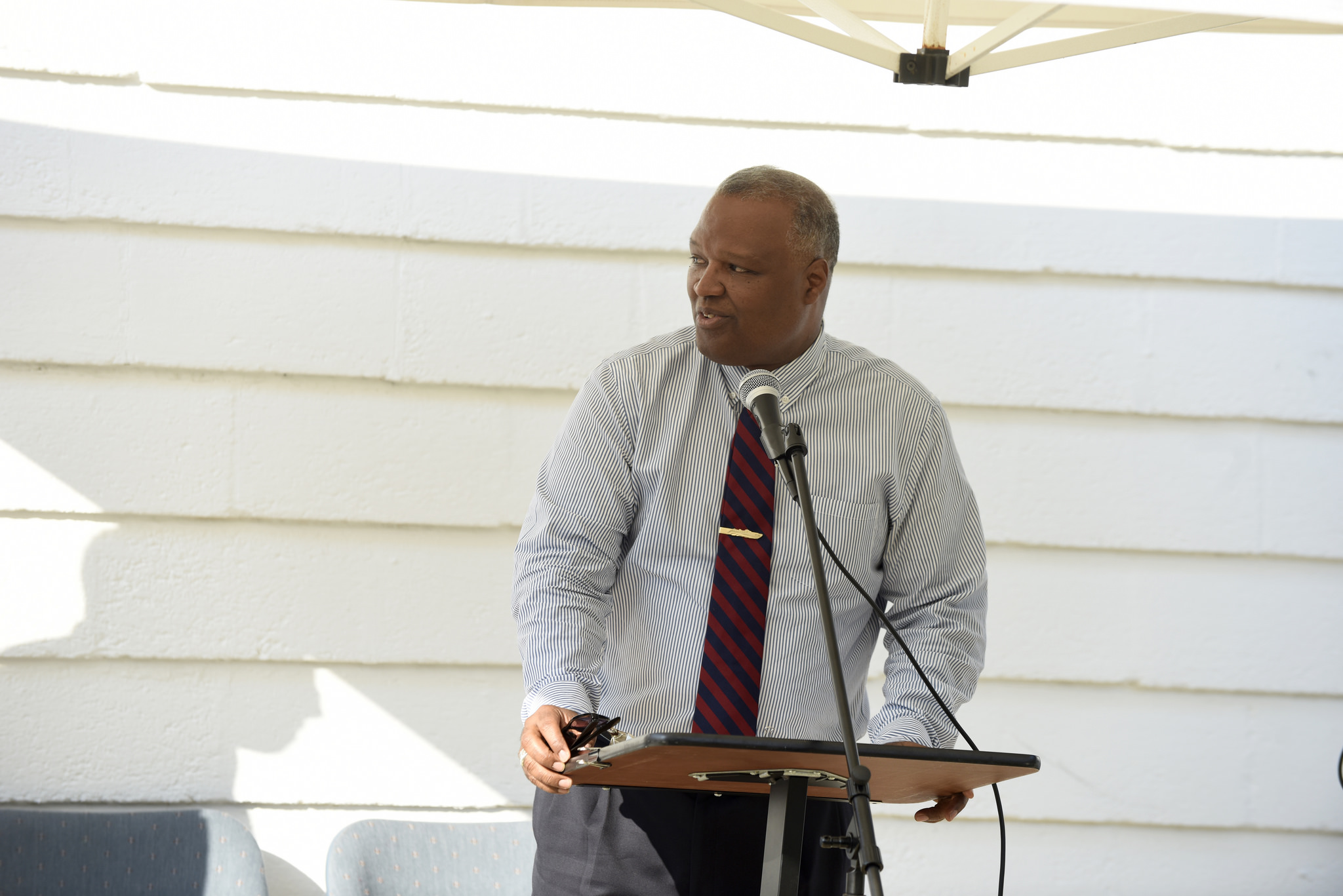 Baker — who touts his successes over corruption, poor economic conditions and high crime rates as county executive in his campaign video — said he plans to make Maryland a place “that leaves no one behind.”

Baker has previously said in interviews that he would run only if he thought he could do a better job than Hogan. He said there were a “couple of things that stood out” that he could improve, including the fight at the federal level over the Affordable Care Act.

“In Prince George’s County, [the Affordable Care Act] helped us reduce our uninsured … by 50 percent,” Baker said, noting that a record number of people signed up for the exchange. “So sitting back and waiting for the federal government to make a decision on something as critical as health care for our residents is unacceptable.”

Baker said the state should take a “proactive approach” and go to not just the federal legislature, but also the president, with reasons the ACA should remain instituted and a plan for what to do if the act is changed.

Baker also plans to pursue the Red Line project in Baltimore, as well as a $15 statewide minimum wage, he said in an interview with The Baltimore Sun, while also arguing that the state should invest more in hospitals, clinics and school nurses.

Baker said investing in the Red Line in Baltimore City would give Maryland the opportunity to “develop economic hubs around the Metro system there” and allow residents in that area to get to job centers. Hogan canceled the Red Line project in 2015.

Democratic candidates Ben Jealous, a former NAACP chief, and tech entrepreneur Alec Ross announced their campaigns earlier this year, and as many as five others are considering it, The Baltimore Sun also reported.

Baker thinks having a robust primary will be good for the party, he said, noting that it will give voters a chance to look at each candidate’s record.

Baker said his “body of experience” will make him stand out, citing his eight years in Annapolis as a legislator, including four years in appropriations, and more than six years as a county executive.

Baker also has experience in the private sector, where he has spent most of his time, including working for nonprofits to create more affordable housing and economic development in challenging neighborhoods and training teachers of color throughout the nation, he said.

“I think people will look at the experience, look at the record, and I feel very confident that once voters do that, that I have a good shot at getting their vote,” Baker said.

College Park Mayor Patrick Wojahn, who first met Baker when he ran for county executive in 2006, said the city has had a “great partnership” with Baker and that he “would make a great governor.”

Wojahn supported him in his 2010 and 2014 elections, but has not yet decided whom he will endorse for governor, he said.

Baker came into office shortly after his predecessor, Jack Johnson, was arrested in 2010 on corruption charges and sentenced in 2011 to more than seven years in prison.

“The county had just gotten to such an extreme level as to really be a hindrance on our economic progress,” Wojahn said. “Rushern has made a lot of progress in weeding that out and transforming the culture. I think there’s still a lot more we can do, and a lot more that needs to be done, but I greatly appreciate the progress that he’s made.”

Stella Rouse, a University of Maryland government and politics professor, said that one of Baker’s biggest challenges could be name recognition. Hogan is a “relatively popular” governor who has done a “good job” positioning himself for success in a Democratic state over the last four years, she added.

Democratic candidates generally have a “built-in advantage” in Maryland, but it’s about the real people running, not just the party, Rouse said.

“How these folks who have declared their candidacy sort of measure up to Hogan really remains to be seen,” Rouse said. “It’s going to depend on how much they can grow their name recognition, what kind of campaign they can run, what ideas they can have that are going to be different than what Hogan is doing and whether that appeals to the constituency or not.”

Rouse said Baker is fighting an “uphill battle” in terms of name recognition against candidates like Jealous, who is nationally well-known.

“[Baker’s] been more in local politics,” Rouse said. “That’s where he has a big uphill battle — not just getting his name out there, but then getting his message out there along with his name. … We’ll see how that plays out.”

Baker agreed that he could struggle with name recognition, specifically in Baltimore.

However, Baker noted he has 80 percent name recognition in Washington, which can be an expensive media market to campaign in, while the reverse is true in Baltimore.

“The other candidates who are running on the Democratic side have to come to the Washington media market and spend a lot of money,” Baker said.

Baker added he is confident he can get people to know him.

“The good thing is there is a record, there is something to judge off, and I’m willing to stand up and have that scrutiny take place,” Baker said. “And I think we’ll bode well, we’ll do really well, in that area.”

Baker said Baltimore, western Maryland and the Eastern Shore are not unfamiliar areas to him. He spent time in those areas when he was in the legislature and understands the issues they face, he said, adding that a lot of those issues also affect Prince George’s County.

“Prince George’s County is a huge county,” Baker said. “It’s 500 square miles. It’s both an urban, suburban area and a rural area. So, all the issues that face the state of Maryland are located right here in this one county.”

CORRECTION: Due to an editing error, an earlier version of this article misspelled Baker’s surname. This story has been updated.