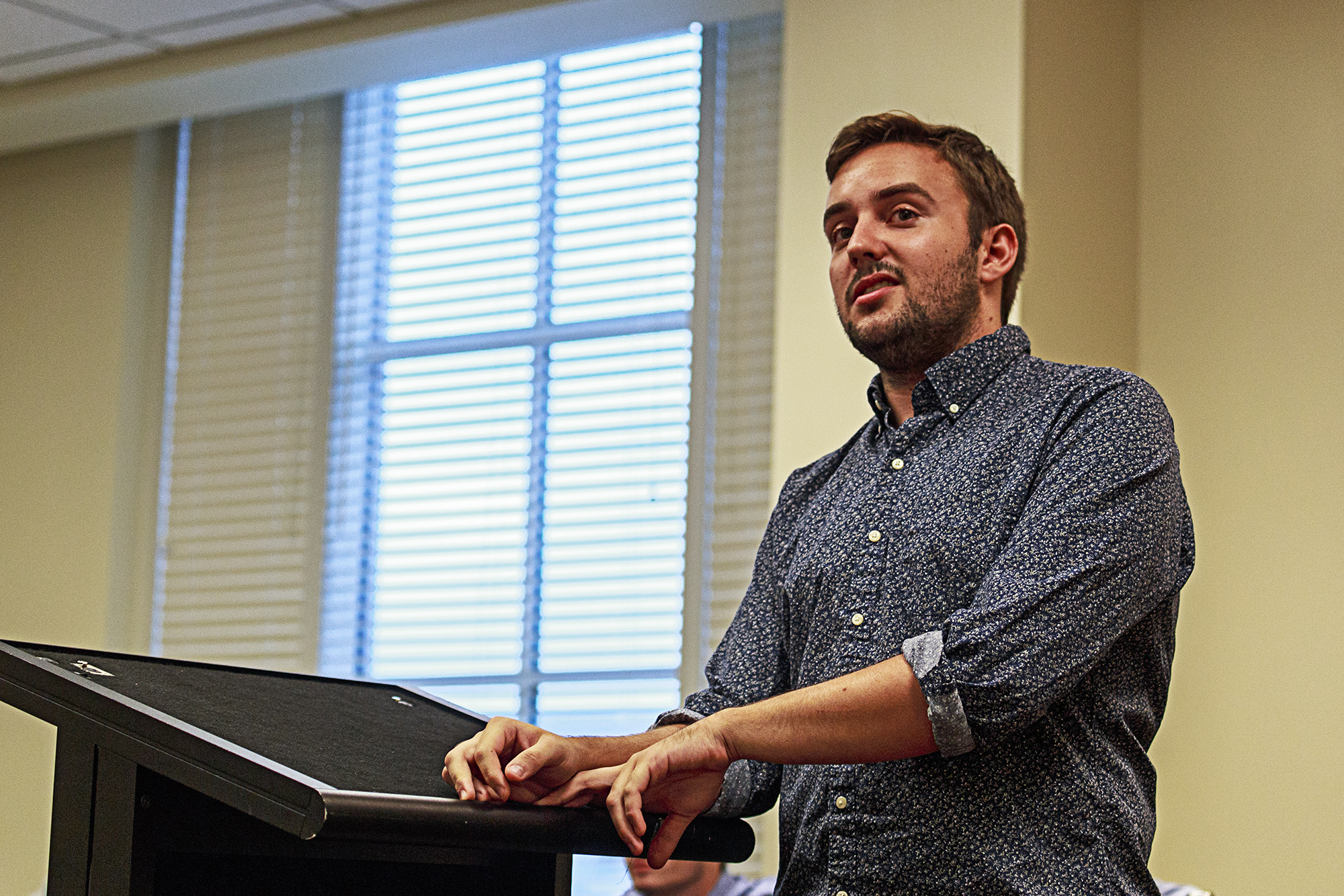 A.J. Pruitt said he does not plan to accept the full amount of honorarium the SGA would offer him for fulfilling the duties expected as this university’s student body president.

The Student Government Association’s bylaws allow the organization to provide honoraria to the president, but after its annual omnibus meeting, the legislature voted to also provide this payment to the vice president of finance.

The two recipients are given a portion of the amount of per-semester in-state tuition, or $5,090.50, over two semesters, according to SGA bylaws. Former SGA President Katherine Swanson said she received $2,545 per semester after taxes during the 2016-17 academic year. The honorarium is funded through the Student Activities Fee.

“It should really go toward paying tuition, which is its stated purpose, so I will not accept all of it,” said Pruitt, a junior economics and government and politics major.

Pruitt said he is looking into ways to dedicate some of the honorarium money to helping students with the cost of tuition and attendance at this university.

“I’m going to make sure that any money I don’t accept is going to a good cause and is going back to students, because I think that is important,” he said.

The Student Activities Fee is used to “fund and support programs and initiatives that are undertaken by undergraduate students,” according to the SGA manual on financial affairs. The fee cannot be spent on items such as charitable donations, scholarships, or giveaways, said Alia Abdelkader, SGA’s vice president of finance.

“If A.J. accepts the money, he can do whatever he wants with it,” said Abdelkader, a junior business analytics and information systems and operations management major. “Should he choose to reject honorarium, the ultimate approval would lie within my committee with how that funding can be spent.”

Swanson said the honorarium was created to ensure there are no financial barriers keeping someone from running for SGA presidency or carrying out the position. Most presidents work 40 to 45 hours per week, a time commitment that would make it difficult for one to hold other jobs at the same time, Swanson said.

“If someone pays for college but does not think they can run for president because they have a part time job on campus that helps them pay for college, then they are being barred from representing the students and we don’t want that to happen,” the senior government and politics major said.

The Committee on Accountability and Ethics, a closed committee within the SGA, evaluates the president’s progress at the end of each semester to determine if they deserve honorarium.

The committee — made up of the financial affairs assistant vice president, three members of the executive branch appointed by the president, three representatives appointed by the speaker pro tem and a nonvoting SGA member — is called together by the speaker of the legislature and analyzes a report submitted by the president detailing the work it completed that semester, said former speaker Chris Ricigliano. The committee also discusses its observations of the president’s work, as its members are part of SGA in some capacity, said Ricigliano, a junior government and politics and history major.

Other student government bodies in the Big Ten pay other members of their organizations such as the legislators or speakers, Swanson said.

Before 2004, all SGA members at this university were paid.

During SGA election debates in April, former presidential candidate Christopher Boretti said it is unnecessary to pay members to serve the student body.

The University of Wisconsin’s student government pays members on its student services finance committee a stipend of up to $20 per meeting, according to the Associated Students of Madison bylaws.