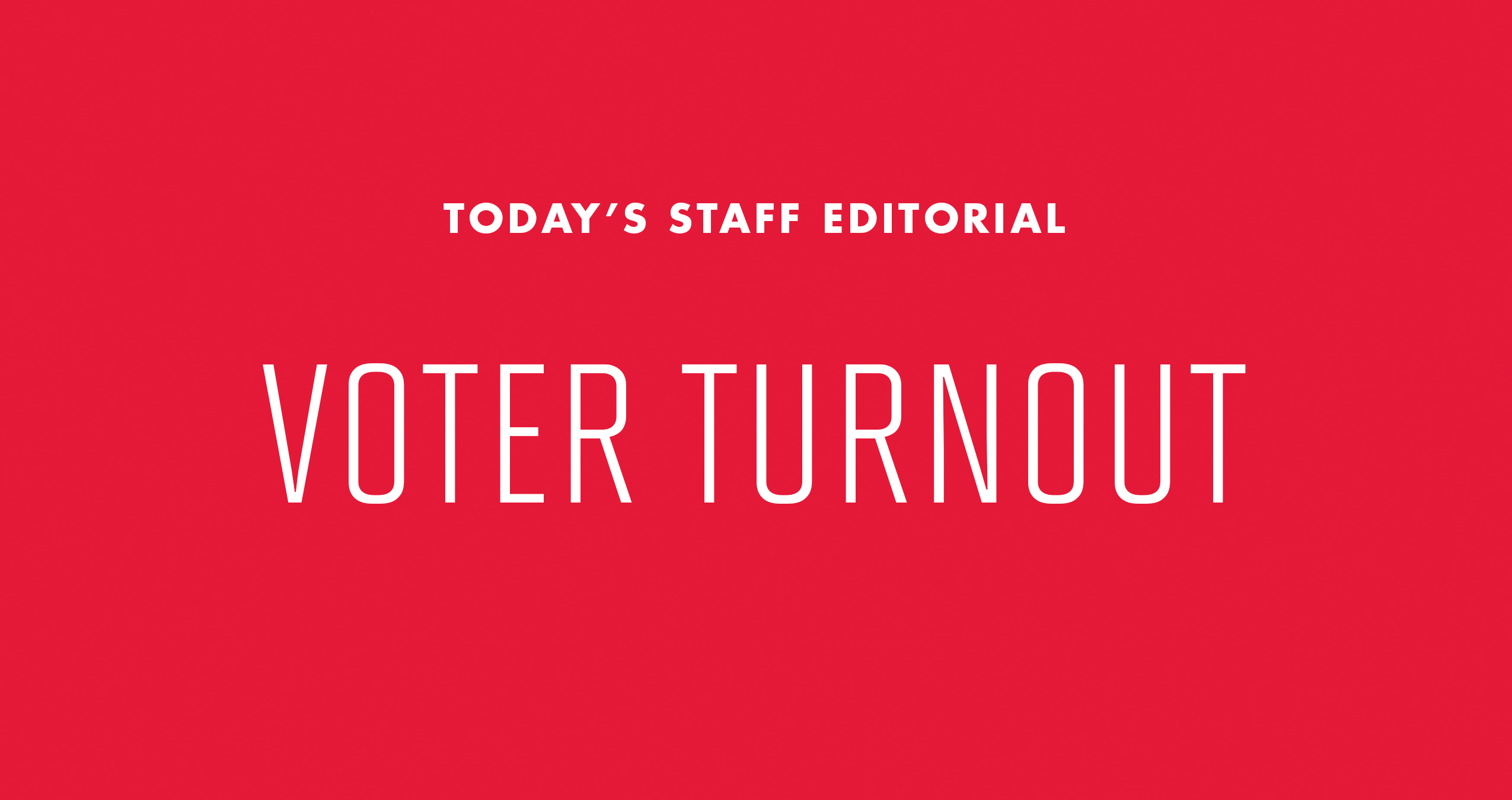 Monday night, after two turbulent weeks of campaigning, One Party candidate A.J. Pruitt garnered 85 percent of the vote and emerged as the next student body president. This year’s election saw a turnout of 2,235 students. Despite an increase from last year’s uncontested election, a mere 8 percent of the undergraduate student population voted.

Last week, a Diamondback guest columnist attributed student apathy to the Student Government Association’s lack of real legislative power. The columnist maintained that voting will remain a “no-stakes game” until the SGA gains the authority to actually represent its constituents. With that mindset, it makes sense that voter turnout remains low despite students having two options for student body president.

Incoming student body president Pruitt told the editorial board last week he wants to redefine the SGA’s role by emphasizing student advocacy, a necessary move considering the body’s inability to sign legislation into policy. Despite its lack of concrete power, the SGA’s proposals have effected change in the past. In the fall, the SGA proposed a mandatory $34 annual student fee to fund the understaffed Office of Civil Rights and Sexual Misconduct, which was withdrawn after the university announced funding for six new positions across two offices to address sexual misconduct.

The fee, though well-intended, was unusual and concerning, as it would have required survivors of sexual violence to fund their own resources. However, the proposal led to dialogue among the university administration and student representatives, pushing sexual assault prevention to the forefront of campus conversation.

Similar advocacy efforts that yield concrete results should be common, and it is the SGA’s job to continuously lobby on behalf of students. But when just 8 percent of undergraduates vote for their representatives, the body lacks a compelling mandate. It has no backing when students don’t consistently attend general body committee meetings and make their voices heard on issues such as sexual assault prevention, minimum wage and mental health resources on the campus.

This campus is rich with engagement, protests and involvement. Yes, the SGA should canvass year-round and mobilize students behind important causes. It should conduct outreach and diversify representation. But the student body also has the passion and resources to engage with the student government and uphold their half of this university’s political contract. Because as long as most students remain apathetic, the SGA will remain ineffective. Large and consistent undergraduate backing is powerful, and uniting behind common causes and debating disagreements can result in real change.

During the election period, open frustration toward the SGA kindled broader discussion. But these isolated expressions of discontent will not produce drastic change. We possess the power to shape this university’s future, but we can only do so by partaking in active, long-term engagement, openly sharing our thoughts and concerns and participating in discourse involving the campus community year-round.