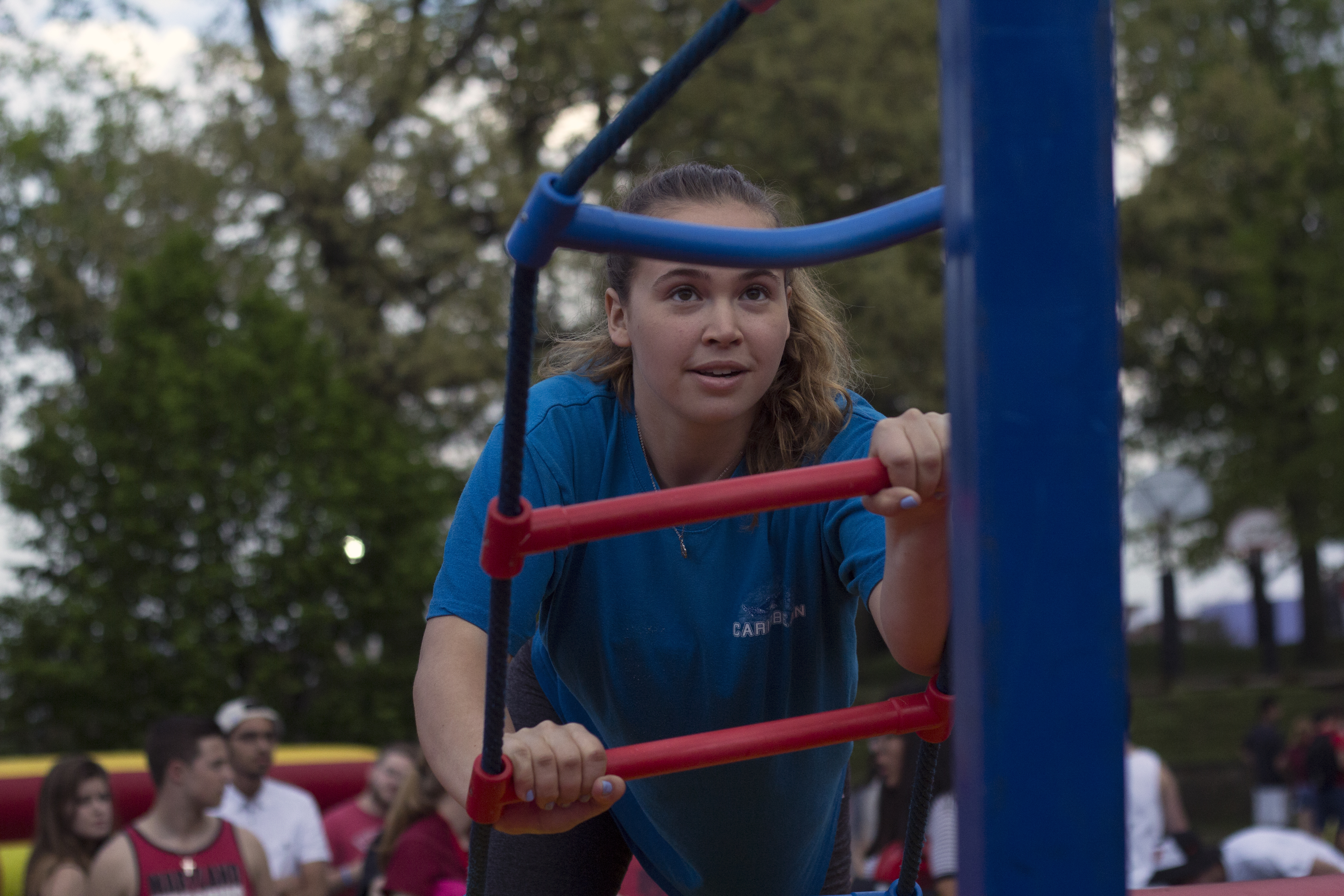 The carnival, which drew about 500 community members to La Plata Beach, was a joint effort between the Residence Hall Association, the councils of 10 North Campus dorms and the Department of Resident Life, said David Petrela, a carnival co-chair. Attractions included a bungee run, an inflatable mechanical bull, a tumbler, a ladder climb, a carnival high-striker and a DJ, as well as free Rita’s Italian Ice, Insomnia Cookies and cotton candy.

“I picked some of these competitive-type events — the mechanical bull, the bungee run, the ladder climb and the high-striker — because I figure that more people are going to play to compete with each other,” said Petrela, a freshman enrolled in letters and sciences. The carnival also had raffles and giveaways with items such as Bose speakers and Maryland apparel, he added.

Petrela said he is thankful so many RHA councils were represented on the North Campus Carnival Planning Committee, which is made up of nine RHA council members, two advisors who are resident directors and one RHA executive board member, according to Nick Schmitz, the other carnival co-chair. La Plata Hall did not have a representative on the committee but was still involved with the process, Schmitz said.

“The biggest accomplishment that we have gotten is just getting so much representation,” Petrela said. “In the past, we have been told that it was maybe two or three councils that did the brunt of the work … everybody has done a great deal to make this happen.”

“[The purpose is] just to bring together the North Campus community and get the hall councils to work together … [and] get geared up for summer time,” Schmitz said.

Petrela thinks the carnival is an opportunity to bring the community together, de-stress before finals and learn more about the RHA.

Catherine Butz, a freshman public health major, came because she thought the event sounded “really cool” and wanted to spend time with friends.

“We were going to go originally at 5, but then it started like pouring down [rain]. As soon as it stopped … we were hoping that they would still be having it.”