Experts predict a decline for Maryland women’s basketball next season 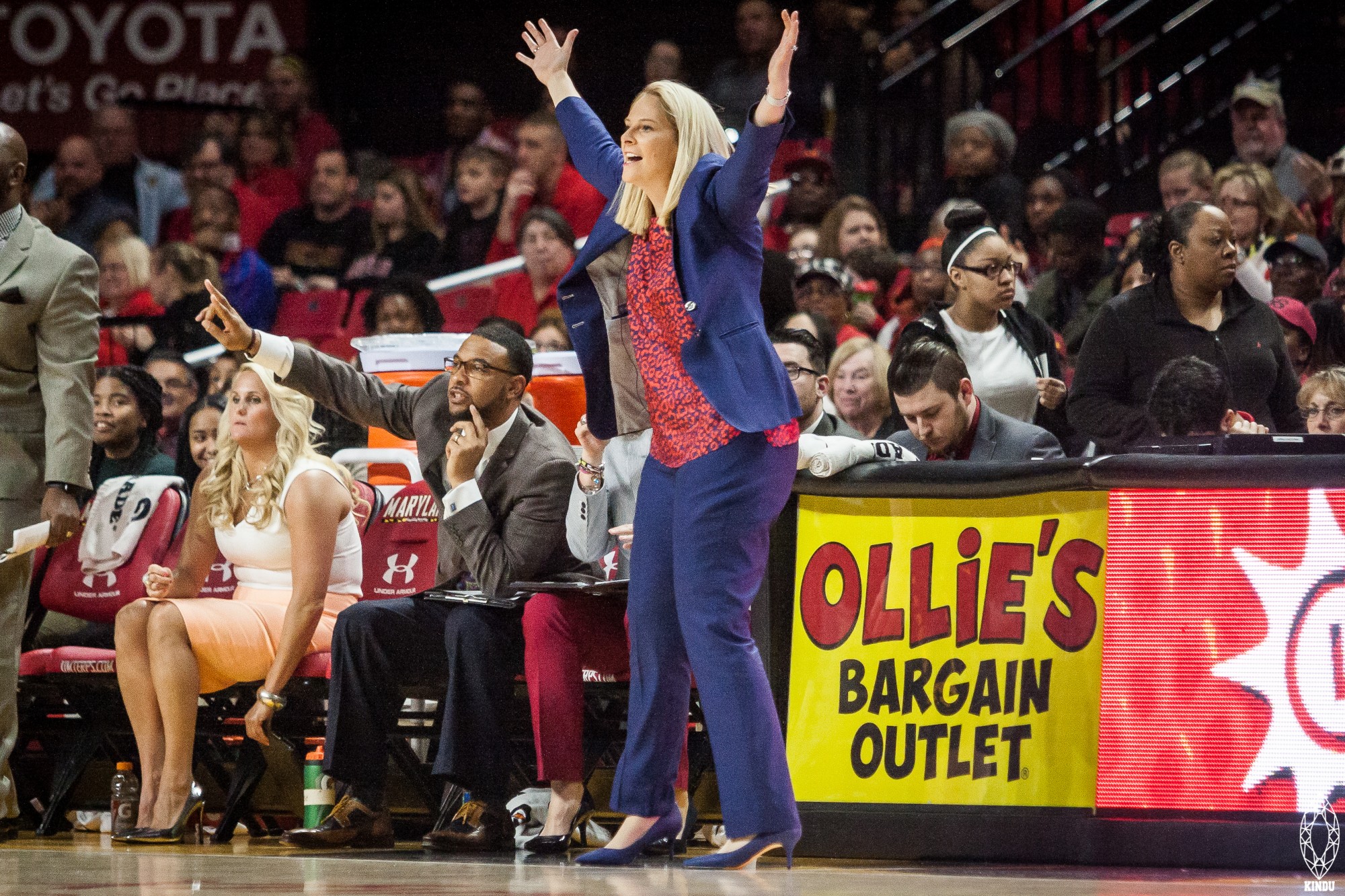 Brenda Frese has coached some of the best teams in college basketball during her span in College Park, but after two key graduations and three surprising transfers, college women’s basketball experts expect Maryland to take a step back. ESPN ranked Maryland at No. 17 in this year’s way-too-early rankings.

Maryland finished the year ranked fourth in the nation in the final AP Poll entering the postseason. But after a disappointing loss to Oregon in the Sweet Sixteen, Maryland’s roster began to disperse. Maryland is in for a tough rebuild from 2016: Brionna Jones and Shatori Walker Kimbrough became top ten picks in the WNBA draft and Big Ten Freshman of the Year Destiny Slocum announced she was transferring, along with sophomore Kiah Gillespie and freshman Jenna Staiti.

Despite losing their three best starters and some key role players, Maryland is still viewed as a worthy opponent. Stephanie Jones, sister of Brionna, is expected to pick up the workload in the paint where her sister left off and shooting guard Kristen Confroy will return to the starting lineup for her junior season where she has been a mainstay for nearly two full years.

The performance of Florida transfer Eleanna Christinaki could determine the Terps fate next season. Christinaki was averaging 17.6 points per contest before leaving Gainesville in December. Although there are some question marks about Christinaki off the court, as she was suspended by her head coach before transferring. Gators coach Amanda Butler did not explicitly say why she was suspended, but said that it was “behavior that is not becoming of a Gator and not part of our culture.”