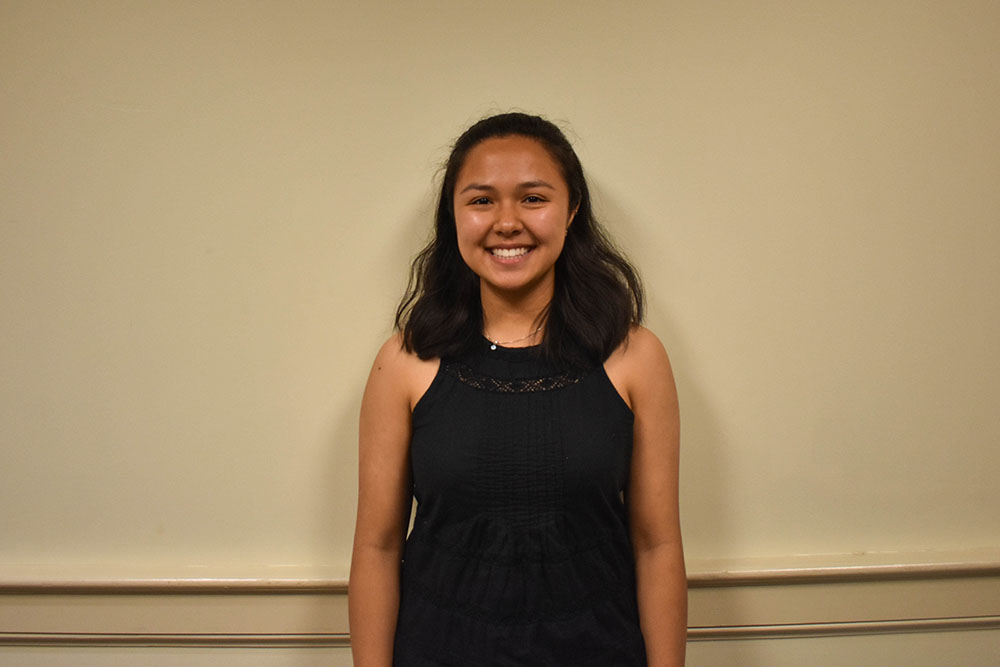 The RHA Senate voted on its leadership for the upcoming academic year Tuesday night, electing Student Groups and Organization Liaison Dana Rodriguez and Senator-at-large Tzvi Glazer as their president and vice president, respectively.

They will assume their new roles on May 2.

Rodriguez, a junior finance and government and politics major, joined RHA her freshman year as a senator for La Plata Hall.

“My roommate at the time, she encouraged me to join, she was running as well,” Rodriguez said. “We kind of ran on a platform together, and we got to serve on RHA together, which is really exciting.”

Rodriguez, who served as a senator-at-large and the chair of the sustainability committee for her entire sophomore year, helped contrive the idea for Green Week — a collection of sustainability events for students that launched in April 2016.

“I see [Green Week] continuing this year, and it’s looking a lot better,” Rodriguez said. “A lot more expansive, and I’m really proud of where it’s gone with new leadership.”

In her current role Rodriguez has championed numerous initiatives with other executive board members, including a textbook affordability project, various civic engagement efforts and the diversity project — which will explore the most effective ways to advocate for undocumented and minority students, incumbent RHA President Steve Chen said.

Glazer, a junior government and politics and sociology major, first joined the RHA as a North Hill senator his freshman year. The Resident Assistant in his building recommended getting involved with RHA after Glazer expressed interest in joining the student government, he said.

“[My RA at the time] told me that the RHA is a really good way to get involved because you work with residents very closely but also with the policy, and you kind of play the best of both worlds there — very grassroots, but also with directors, high up — I thought it’d be pretty cool,” Glazer said.

The first RHA project Glazer worked on was instituting a composting program in the North Campus residence halls, however, he noted other initiatives such as the WMATA metro fee and parking garage efforts have held a little more importance, partially because those issues are more recent.

The RHA Senate passed the Washington Metropolitan Area Transit Authority anytime ridership resolution on Feb. 28, which would have on-campus residents pay $130 a semester for unlimited rides on the Metro and Metrobus. The RHA also worked closely with DOTS to discuss the logistics of a proposed 600-space parking garage. The RHA senate approved DOTS’ budget for the project in February on the condition it included an environmental amendment.

“These are the kinds of things that we’re going to be looking at the effects of [in] a couple years, way after we leave,” Glazer said.

Glazer said he has two main goals for the RHA next year: for residents to have a closer connection with their senators and to strengthen relationships with other student groups, such as Student Government Association and Graduate Student Government.

Rodriguez added that the RHA has grown quickly and seen a lot of success in recent years, but the organization needs to stay true to its roots.

“A lot of what my goals are for next semester is to continue with this collaboration, really working with some of the very large and very powerful organizations on this campus, but also remembering that it’s our residents and it’s our senators who have very valuable things to say,” Rodriguez said. “I want them to come forward with their initiatives. It shouldn’t just come from the executive board, or from a department.”

Though both Rodriguez and Glazer ran unopposed, incumbent RHA Vice President Sasha Galbreath said she has “no doubt” that they will build upon RHA’s progress, adding that she “couldn’t think of better candidates for the offices that they’re pursuing.”

“When I considered running — and I ultimately did run for office — I really had kind of an existential assessment of saying, ‘If someone runs against me, I will only run if I think I can do a better job than them,'” said Galbreath , a senior government and politics major who ran unopposed for her position. “For Dana and Tzvi, I hope that people had the same assessment, and ultimately, if no one is running against them, I will only hope that they are the people who the Senate sees and the entire organization sees as the best people for the job.”