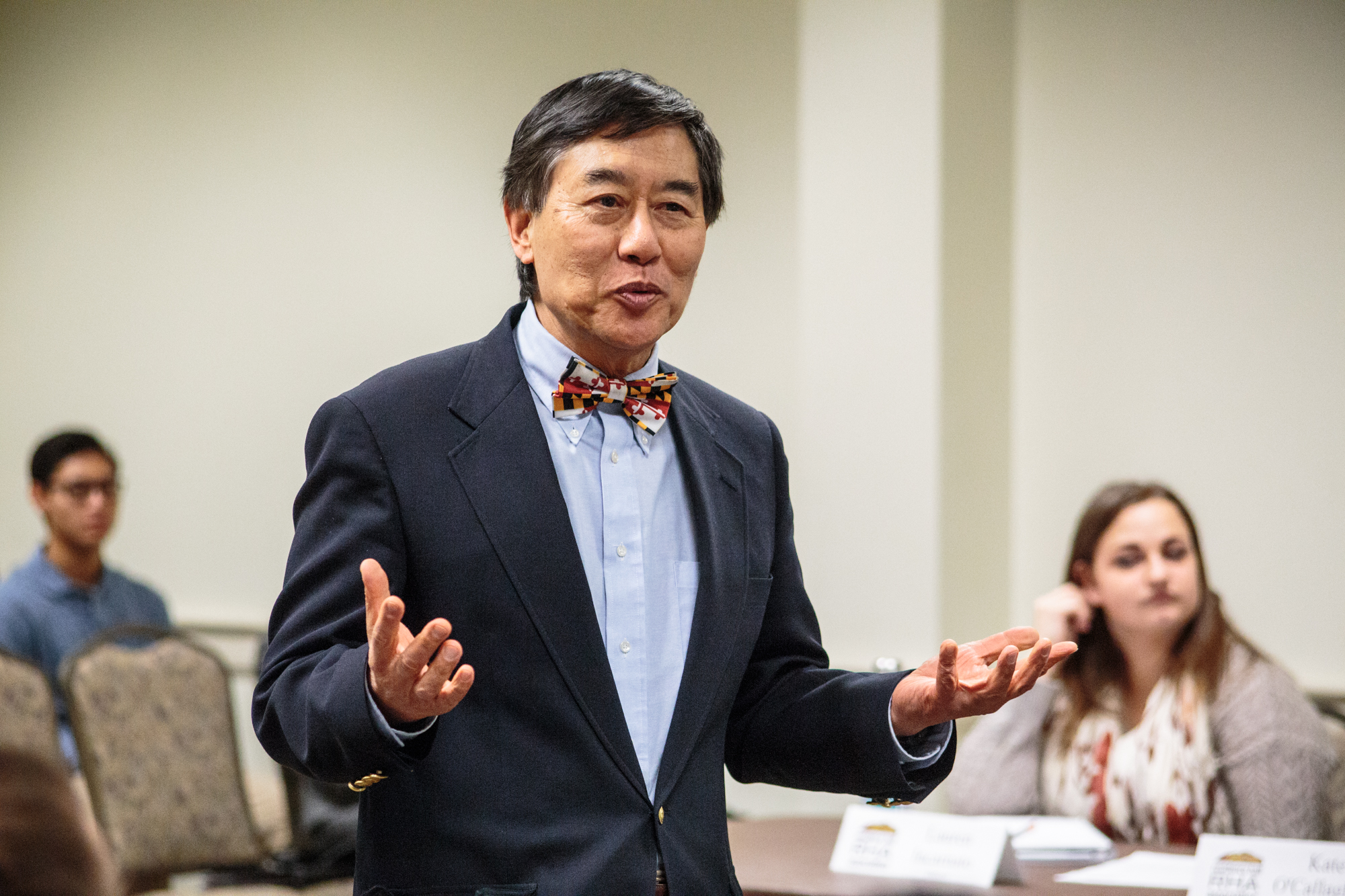 Last week North Carolina’s men’s basketball team won the National Championship, but University of Maryland President Wallace Loh perhaps didn’t think they should have been playing at all due to the ongoing NCAA investigation for grade fraud.

“For the things that happened in North Carolina, it’s abysmal,” said Loh in a University Senate meeting. “I would think that this would lead to the implementation of the death penalty by the NCAA. But I’m not in charge of that.”

For a university athletic program, the “death penalty” refers to an NCAA sanction against an offending team. Under the death penalty, a team would be banished from competition for a determined period of time. The NCAA has not suspended a team since 1987, when it sanctioned the Southern Methodist University football team.

An attendee asked Loh how he could be sure the school was “protected from the corrupting influence of athletics.” Loh stressed the importance of this school’s academic reputation.

University spokesman Brian Ullmann said in a statement that Loh’s comments about UNC are “not a reflection of personal beliefs about the university or its leadership.”

“It’s clear that he is not advocating for any one outcome and trusts that all involved are working toward the same goal of rooting out wrongdoing wherever we see it on an academic campus,” Ullmann said.

Joel Curran, Vice Chancellor of Communications at UNC, responded to Loh’s comments in a statement.

“We were surprised that a sitting university president with no direct knowledge of our case would choose to offer such uninformed and highly speculative opinions,” Curran wrote in an email. “Clearly, Dr. Loh misunderstands the facts of the case, and how NCAA bylaws apply to those facts.”

UNC has been in the national spotlight due to this academic scandal since 2010 when reports initially tied academic fraud towards the football team, but attention quickly shifted towards the men’s basketball team shortly after. The case had temporarily been closed, but was reopened in 2014 when Rashad McCants, a star player on the 2005 team, alluded to academic fraud during his time in Chapel Hill.