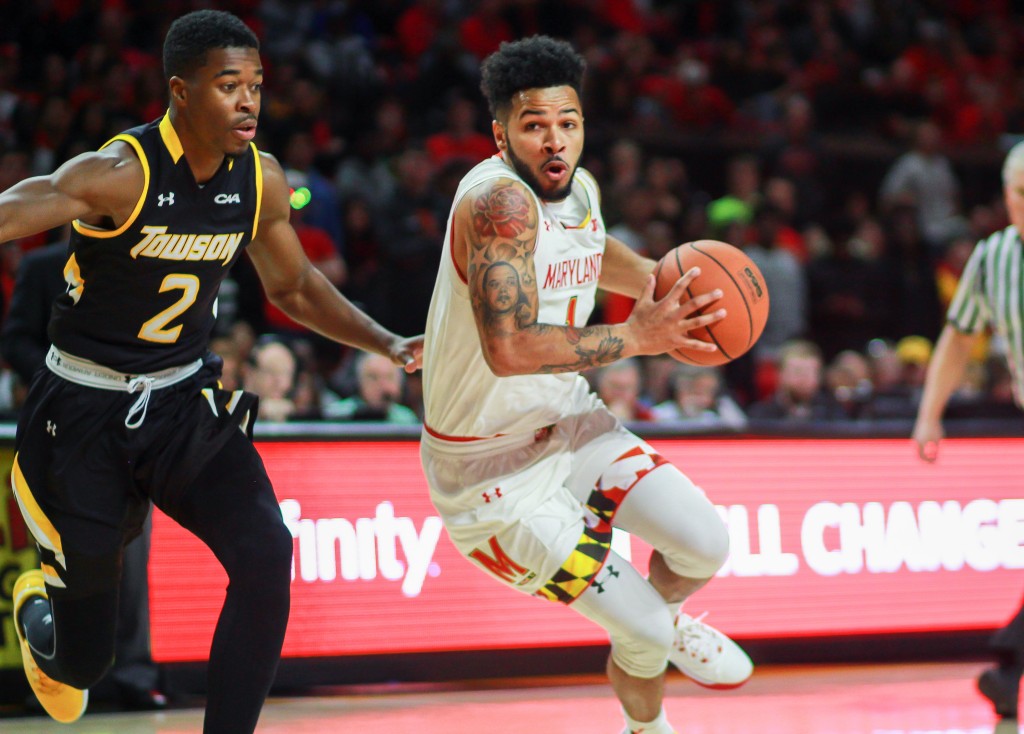 “I want to thank my coaches, teammates and fans for an incredible two years at the University of Maryland,” Brantley said in a release. “I can’t thank Coach Turgeon and the staff enough for believing in me and teaching me how to become a better basketball player and a better person. I love my teammates and will miss them dearly. I wish all of them nothing but the best. I will be a Terp for life.”

But he emerged as one of the Terps’ most productive reserves as a junior with 4.9 points and a 38.6 shooting percentage from the three in 16.8 minutes per contest. Coach Mark Turgeon lauded him as one of the team’s hardest workers.

With guards Anthony Cowan and Kevin Huerter likely to start next year, and incoming four-star guard Darryl Morsell expected to contribute, Brantley may have not received as many minutes as he desired.

Brantley’s uncle, Cornelio Cayode, said mid-major and Power 5 conference schools have shown interest in Brantley. Cayode said Brantley made the decision to transfer without any schools in mind, though.

“The biggest thing is he just wants to have a bigger role on a basketball team,” Cayode said. “Maryland’s been great to him. It’s his last year; he wants to play more minutes.”

Maryland has three scholarships available after Brantley’s departure. Guard Melo Trimble declared for the NBA Draft on March 29 and forward Micah Thomas announced he would transfer a few hours later.

“Jaylen provided great leadership and production off the bench last year and I enjoyed having him as a part of our program over the last two years,” Turgeon said in a release. “I am proud that Jaylen will graduate this summer and take advantage of the graduate transfer rule which will allow him to play immediately.”