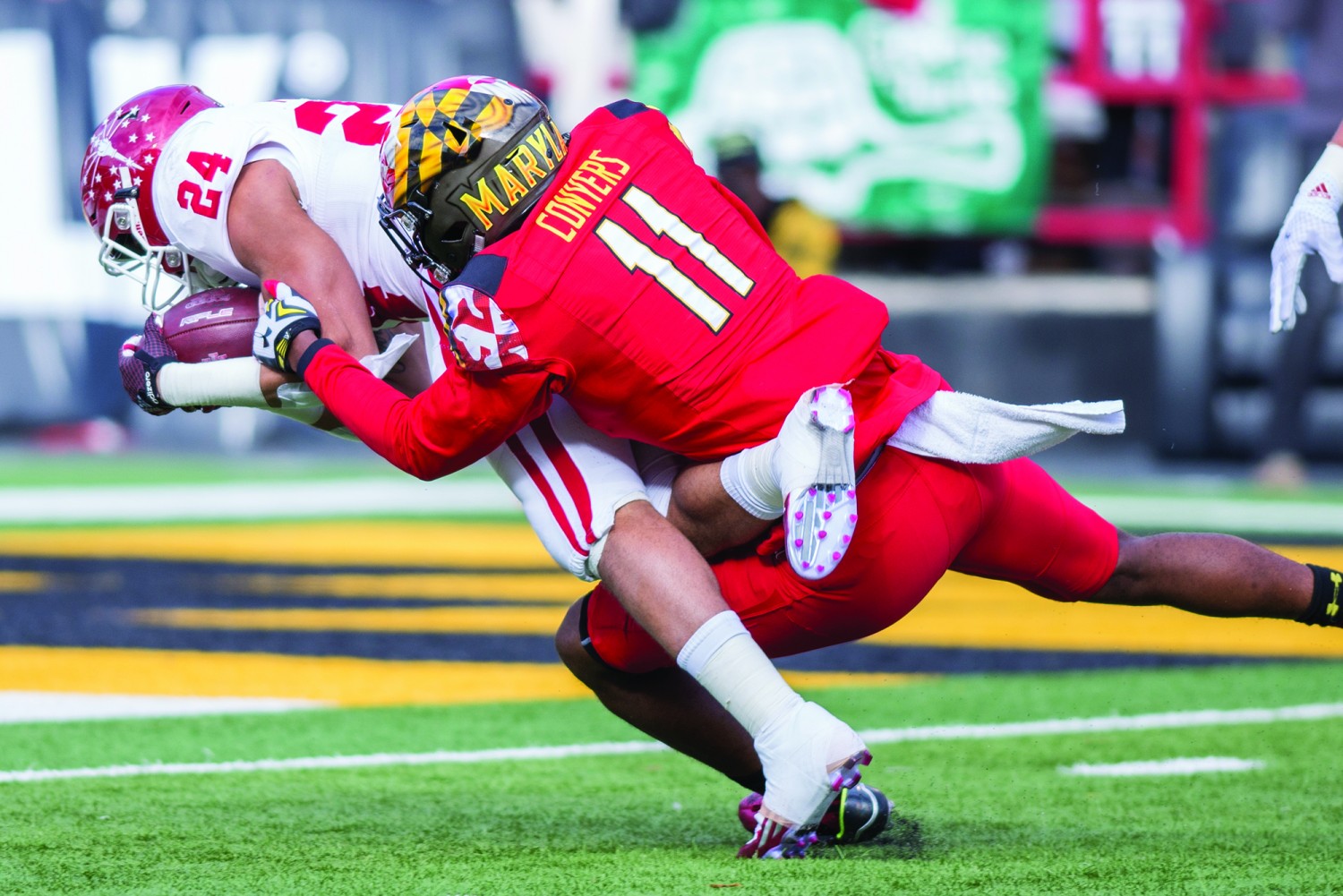 Sitting in his College Park apartment March 24, Denzel Conyers’ mind wandered as he played Madden NFL 17 online with his cousin. He thought about whether the NCAA would grant him a sixth year of football eligibility after he tore his ACL in September.

“I feel like you’re going to get it,” Conyers recalls his cousin saying. “I just feel it in my chest.”

Moments later, a compliance director in the Maryland athletic department called the defensive back to tell him the NCAA was allowing him an extra year. Conyers dropped his phone, screamed and cried, experiencing “every emotion imaginable.”

After playing just three games last season and missing his sophomore year due to academic issues, Conyers said he is appreciating everything about his final season at Maryland.

“It’s like a new beginning,” Conyers said. “I couldn’t put it into words, but this is bigger than me, this moment. My goal and my promise is to not let anybody down. I’m going to give it my all.”

[Read more: DJ Durkin has a new approach to Maryland football practices in his second year]

Conyers’ moment of bliss came about seven months after his college career was on the verge of ending.

He earned a consistent starting job for the first time in his Terps career last season after playing in nine games the previous year. But in the third quarter of Maryland’s game at UCF on Sept. 17, Conyers tore his right ACL while making a tackle. He tore his left ACL in high school, so when he heard his knee pop, he knew the severity of the injury.

About 20 family members visited the St. Petersburg, Florida, native at the game, including his nephews, who see Conyers as an idol. So he told the trainers to let him walk off the field to show his young family members “my way of being a man.”

The injury marked another setback for Conyers. After committing to Florida International out of high school, he transferred to Butte Community College in California due to academic issues. But even after he signed with the Terps in 2014, he sat out his sophomore year due to his grades.

Conyers didn’t seek sympathy then, and he ended up solving his academic struggles his junior year. So, after suffering the season-ending blow, he immediately focused on rehabbing.

“I acknowledged the faults that played part in my life,” Conyers said.

While working with the training staff between two and three times per day, Conyers developed a strong relationship with defensive back Will Likely, who tore his ACL in October.

They pushed each other in recovery drills, each wanting to complete more reps. If one stretched extra, the other would join. That helped Conyers, who’s graduating this spring, maintain his physique and prepare for a chance at the NFL if the NCAA didn’t grant him another year of eligibility.

Instead, he’ll return as one of the team’s leaders, a role he gained experience in last year. Underclassmen have asked Conyers about handling injuries and where to position themselves on plays.

Conyers has learned from his younger teammates, too. He said he feels like a freshman after not playing since September, and he’s gained appreciation for the game from the rookies’ enthusiasm. He even changed his number from 11 to 3 to symbolize his new beginning.

“Denzel is a guy that provides great perspective,” coach DJ Durkin said. “He’s level-headed. He goes about his business the right way. He’s a great guy to have in that room for those guys to look up to and ask questions.”

Conyers said his knee is 80 percent healthy, and Durkin plans to hold him out of spring practice as he recovers, focusing on low-contact drills.

But the 6-foot-3, 212-pound defensive back is excited for his return.

Just the thought of running onto the Maryland Stadium field on game day fills Conyers with joy.