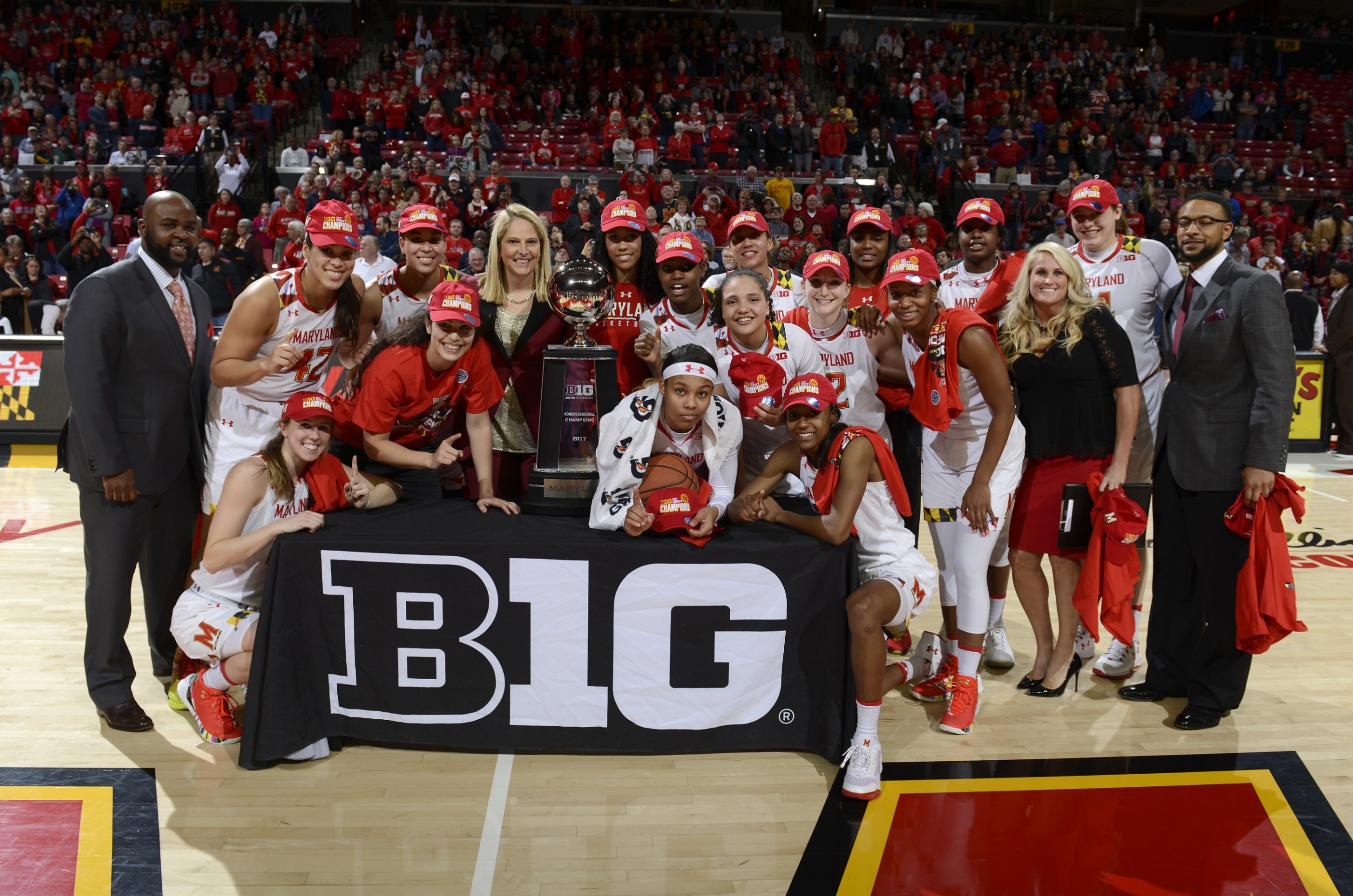 The Terps expected guard Shatori Walker-Kimbrough and center Brionna Jones to be senior leaders, and coach Brenda Frese had secured the nation’s No. 1 recruiting class to bolster a squad losing two starters but no stars.

Plus, the consensus was powerhouse UConn was at its lowest point in years, and another national championship — much less an undefeated season — was far from a guarantee.

Walker-Kimbrough and Jones lived up to expectations, guard Destiny Slocum’s burst led the rookie drive, and the team used a nation-leading offense to power a 32-3 record and secure third consecutive Big Ten regular-season and tournament trophies.

But Maryland paired that scoring with an inconsistent defense and bench, ending the season in the Sweet 16 with a loss to No. 10-seed Oregon, one round short of a rematch with the undefeated — and evidently unfazed — Huskies.

“I’m not going to let one game define the season that we had this year,” Frese said after the loss to the Ducks. “I’m extremely proud of this team and everything we’ve been through.”

Maryland was a No. 3 seed in the Bridgeport (and therefore, UConn’s) region of the NCAA tournament, a decision that shocked many after Maryland’s gaudy 30-2 regular-season record and No. 4 ranking in the AP and coaches’ polls.

The committee penalized the Terps for their strength of schedule with the No. 16 RPI.

[Read more: Maryland women’s basketball felt its seniors ‘deserve so much more’ after its upset loss]

Frese voiced her surprise with the bracket but never regretted the soft scheduling, an effort to ease her young team into the college game.

Maryland had six freshmen on its 12-player roster, and junior guard Ieshia Small was in her first active campaign after transferring from Baylor and redshirting last season.

Maryland cruised through its schedule almost all season, scoring 89.3 points per game and earning an average margin of victory of 28.1 points.

However, the team had just one regular-season win against an opponent that finished in the AP Top 25, an early-season road game against then-No. 7 Louisville.

That 78-72 victory showed Maryland’s short rotation, however, with Walker-Kimbrough and guard Kristen Confroy playing for 40 and 39 minutes, respectively.

“When [our depth] is there, we’re really, really good and dominating as a team, and when it’s not, it taxes us,” Frese said. “It is a process.”

The Terps’ lone slip-ups came against UConn in December (an 87-81 loss), Ohio State (a 98-87 decision) and Oregon (the season-ending 77-63 game when Maryland never established a rhythm).

Throughout, Maryland leaned on Walker-Kimbrough, Jones and Slocum to dominate teams.

“Seeing how all the work that me and Shatori have put in over the years and seeing how that’s paid off … I couldn’t ask for a better way to end the regular season,” Jones said after the team’s Senior Day, Big Ten title-clinching victory in late February.

Jones set a Maryland record for single-season points (697) and Walker-Kimbrough completed her career as the program’s most accurate three-point shooter (45.9 percent) ever. Meanwhile, Slocum obliterated team freshman records in 3-pointers (71) and assists (204).

“She is running our team,” Walker-Kimbrough said. “She really sets the tone for us, especially offensively when she’s aggressive. I have the utmost confidence in her going into March.”

March featured the Terps cruising to another Big Ten tournament title, winning all three games by at least 10 points and putting the star trio on the All-Tournament team.

The Ducks, however, stifled them in the Sweet 16, not allowing the Terps to make a 3-pointer while they shot 40 percent beyond the arc, dropping Maryland’s three-point defense ranking to 256th in the country.

That marked a disappointing, abrupt end for a season that held promise and for illustrious careers the Terps wanted to provide a more positive ending. “I couldn’t imagine myself playing at any other school,” Jones said. “It’s been such an amazing experience.”

“My teammates this year, my past teammates, I can’t repay this university for everything they’ve done for me,” Walker-Kimbrough said. “I’m glad I spent my four years here at the University of Maryland.”