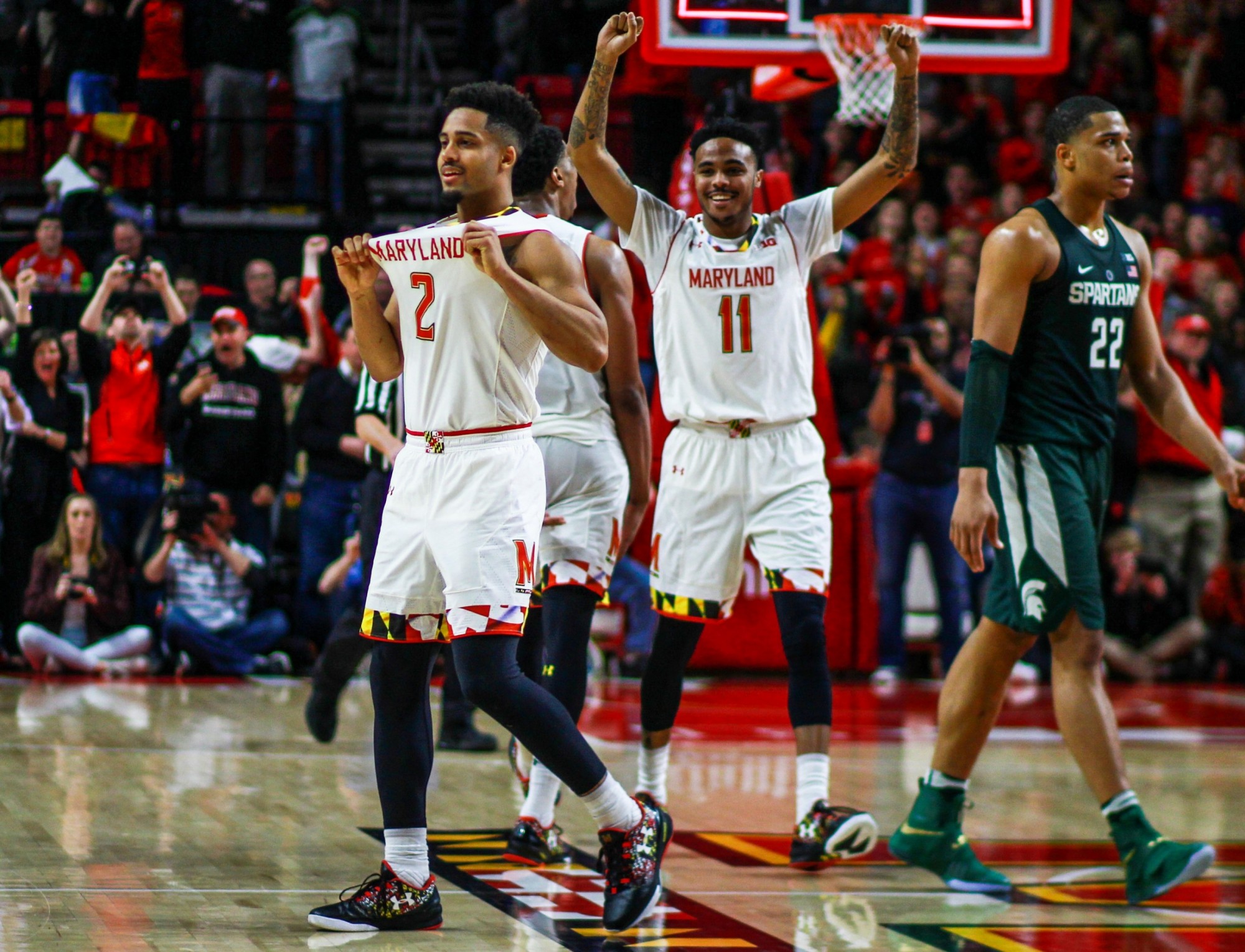 Maryland men’s basketball guard Melo Trimble has declared for the NBA draft and will hire an agent, the athletic department confirmed Wednesday.

“I am confident and excited to pursue an opportunity to play in the NBA,” Trimble said in a statement. “To stay at home and attend the University of Maryland is the best decision that I ever made and it was truly special to play in front of my family, friends and our amazing fans. Maryland will always be home.”

Trimble powered the Terps to the NCAA tournament and led the team in scoring in all three of his years at Maryland, averaging a career-high 16.8 points as a junior.

Before Trimble arrived in College Park in 2014-15, the Terps hadn’t qualified for the NCAA tournament since 2010. They finished 17-15 the season before, and despite five players transferring that offseason, Trimble helped Maryland finish second in the Big Ten in his first campaign.

A two-time All-Big Ten first-team selection, Trimble started every game of his Terps career. The team won 79 contests with him at the helm. With his poise in pressure situations, Maryland was 30-8 in games decided by six or fewer points.

The Upper Marlboro native led Maryland to its first Sweet 16 since 2003 as a sophomore. Trimble won three NCAA tournament contests at Maryland, all of which were against double-digit seeded teams.

“Melo Trimble is a winner and helped change the face of our program,” coach Mark Turgeon said in a statement. “Melo is a special person and I thoroughly enjoyed coaching him. He is extremely humble and always put the team first. Melo will be celebrated as one of the all-time greats in our program’s history.”

Trimble considered leaving for the draft the past two years, and he declared last year without hiring an agent. But by hiring an agent this year, the 6-foot-3, 185-pound guard cannot return to school. He finished 13th on Maryland’s all-time scoring records.

With Trimble gone, Maryland will likely rely more on its rising sophomore core of guards Anthony Cowan and Kevin Huerter and forward Justin Jackson. The Terps will lose three players from last season.

Trimble is not projected to be drafted in DraftExpress’ latest mock draft.