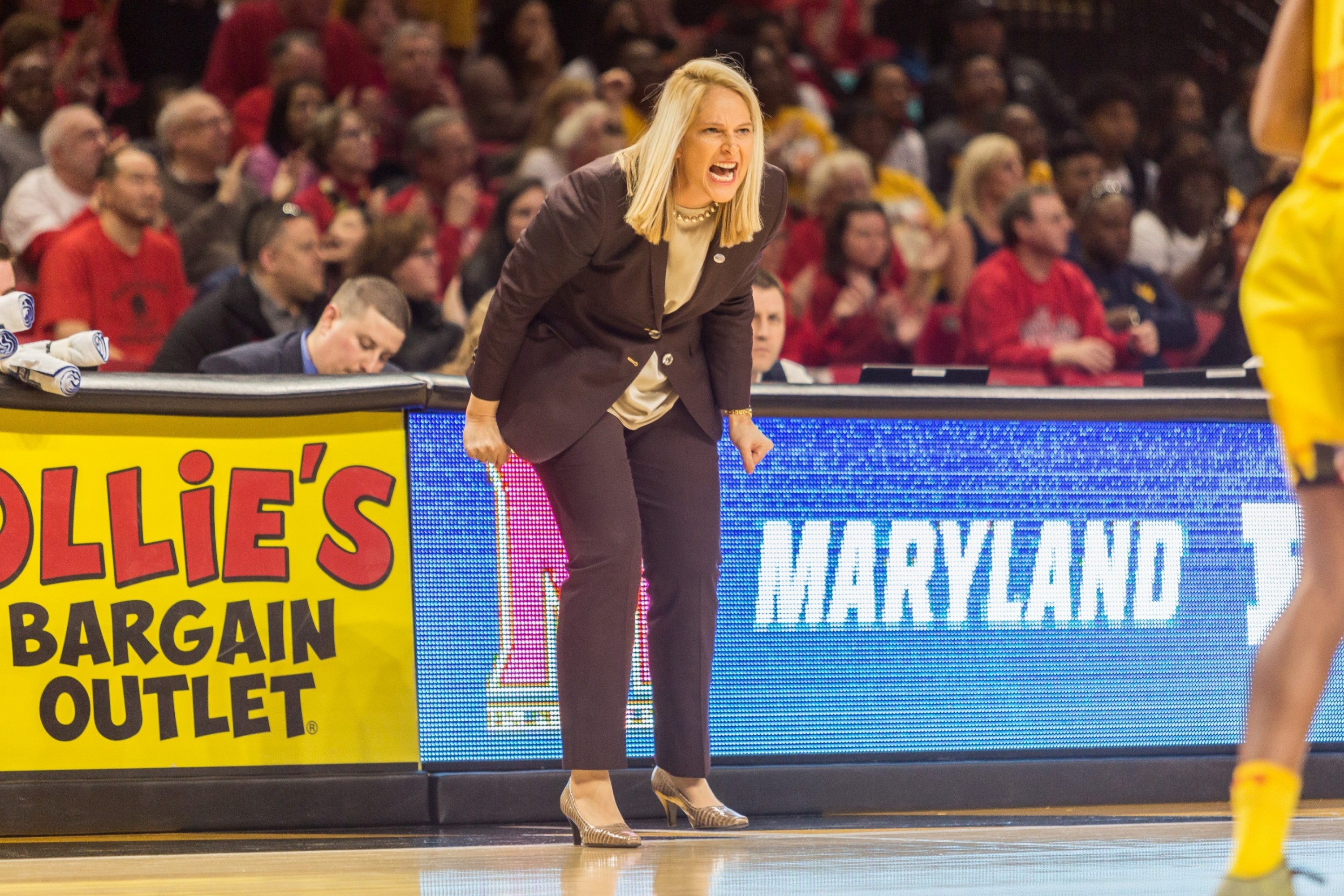 BRIDGEPORT, Conn. — The Maryland women’s basketball team struggled with basic fundamentals at times in its Sweet 16 game against Oregon on Saturday.

Midway through the fourth quarter, guard Destiny Slocum inbounded the ball from beneath her own basket.

She tried to put a pass over the top to forward Brianna Fraser, but it went through her hands and into the backcourt. Fraser recovered it, but the possession ended with a spinning, out-of-control missed layup from Slocum.

On the other end, Oregon forward Oti Gildon grabbed an offensive rebound over guard Kristen Confroy and made a putback, extending the Ducks’ lead to 14 points. About five minutes later, the Ducks won, 77-63, ending Maryland’s season and securing a place in Monday’s Elite Eight.

“It was just one of those days,” Slocum said. “They were just being an overall better team tonight.”

Gildon’s bucket was two of the Ducks’ 34 points in the paint and 16 second-chance points. Maryland edged Oregon in those areas by eight and two, respectively, but the Terps struggled to score from elsewhere on the court.

Maryland didn’t make a 3-pointer and scored 10 points outside the paint, excluding free throws, finishing with its lowest offensive output of the season.

“It’s tough to get threes up when you turn the ball over 21 times,” coach Brenda Frese said. “We weren’t patient.”

Still, after trailing almost the whole way, the Terps stayed in it late. Three scores from guard Shatori Walker-Kimbrough brought Maryland within six points with a few minutes left, but the Terps never got closer.

“Every time we would get it to within six points,” Frese said, “we would have some sort of breakdown.”

After Walker-Kimbrough’s rally, the miscue came while guarding Oregon guard Sabrina Ionescu, who hit a jumper late in the shot clock to curb Maryland’s momentum. Ionescu, a freshman, scored a game-high 21 points to go with six rebounds and seven assists.

“They’re just fearless,” Frese said of Oregon’s young stars. “They don’t know any better, that they should be nervous about this moment.”

With both teams looking uneasy to start the game, Ionescu jumpstarted the offense, hitting the game’s three first-half 3-pointers, including a deep triple late that put the Ducks up, 36-27, entering halftime.

Meanwhile, Maryland started cold and never found a rhythm. Maryland didn’t make a jumper until Fraser hit a midrange effort late in the second quarter to get the Terps within six, but Ionescu’s trey answered back.

“We were maybe overthinking it a bit,” Walker-Kimbrough said. “It took us a little bit to get in our rhythm, and in that span, they took advantage.”

Walker-Kimbrough matched center Brionna Jones with a team-high 16 points, but the senior shot 6-for-18 from the floor and went 1-for-6 before halftime. She scored the first four points of the second half, however, and Maryland narrowed the deficit to three midway through the third.

Again, Oregon answered. An and-one from Gildon — who finished with 11 points, one of five Ducks in double figures — re-established the Ducks’ lead.

When the Terps committed to stopping Oregon’s inside scoring and rebounding, the Ducks’ outside shooters capitalized. Oregon turned to guard Lexi Bando for consecutive 3-pointers late in the third quarter, putting the team up 12 points and forcing Frese to call timeout. Maryland scored after that break, but the Ducks kept a 12-point advantage headed to the fourth quarter.

“I’ll tell you this, Oregon’s for real,” Frese said. “[They] really punished us in terms of any mistakes, any breakdowns that we would have.”

After Walker-Kimbrough capped her six-point fourth-quarter burst with a steal-and-score with about three minutes, Maryland again went cold. The Terps never scored again, committing three turnovers and watching the Ducks turn the six-point deficit into the 14-point final gap i, ending the Terps’ season and Walker-Kimbrough and Jones’ careers.

“We were trying our best, doing anything we could do,” Slocum said. “I don’t think there’s really an answer for it.”