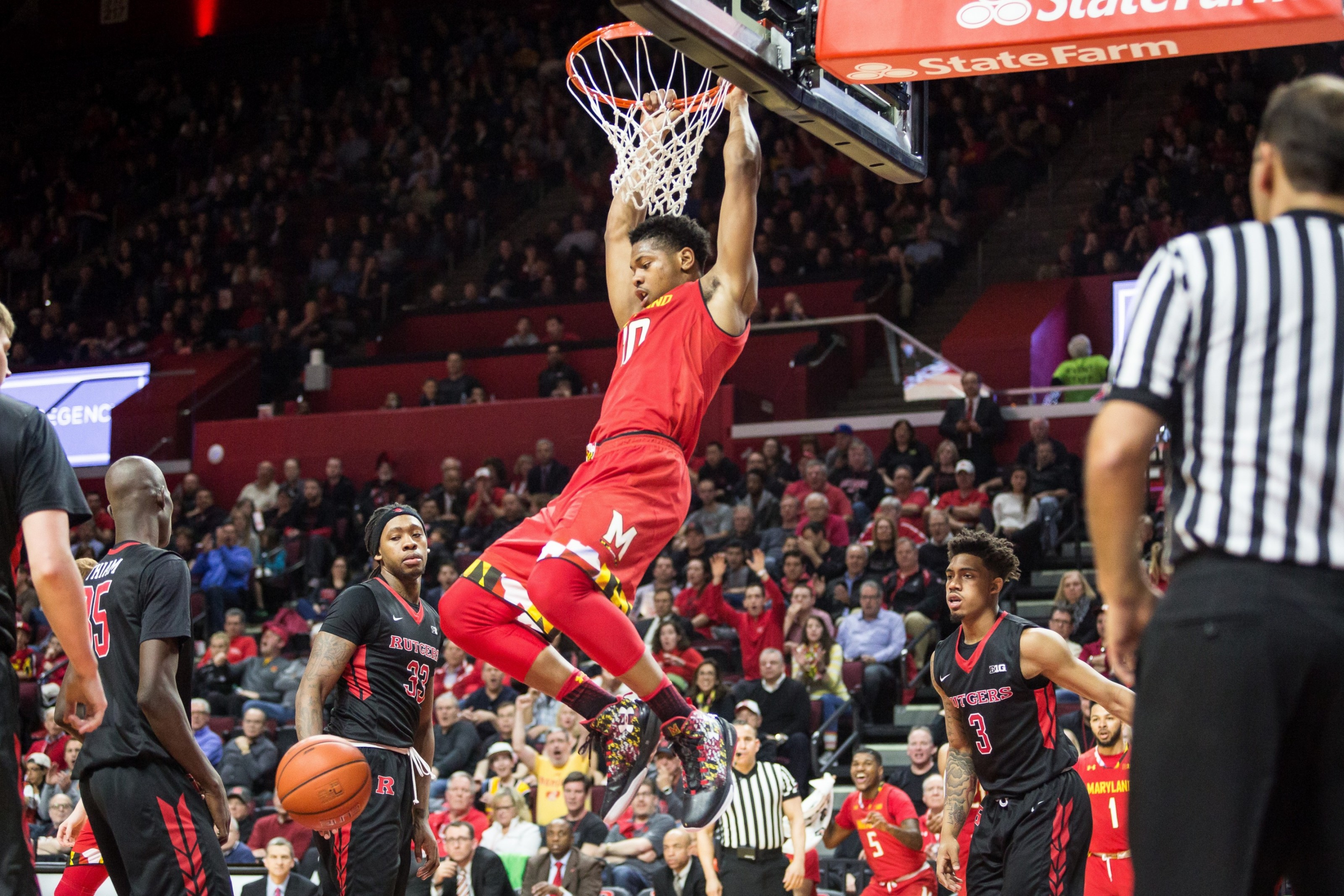 When forward L.G. Gill transferred to the Maryland men’s basketball team last May, coach Mark Turgeon thought he could be the Terps’ starting power forward. But after freshman forward Justin Jackson signed and assumed that role, Turgeon asked Gill to play center off the bench, a role in which he had little experience.

Maryland’s other frontcourt players dealt with injuries while Gill switched between playing his familiar power forward position and center. While the graduate transfer was adjusting, guard Kevin Huerter said he was the last player to leave the gym almost every practice.

The Terps’ 76-65 loss to Xavier in the NCAA tournament Round of 64 on Thursday marked Gill’s final contest with Maryland, capping a campaign he averaged 3.5 points and 2.1 rebounds in 12.7 minutes per game.

“He maybe didn’t get the minutes he maybe wanted, but he never said boo and never said a thing,” Huerter said. “It shows how good of a teammate he was. He was really productive when he did get into the game. Off the court, everyone loved him.”

At Duquesne, Gill averaged 10.1 points, 6.5 rebounds and 1.6 3-pointers per game in the 2015-16 season while primarily playing power forward. But Maryland faced a depleted frontcourt this season, forcing the 6-foot-8, 230-pound forward to play center. Centers Damonte Dodd and Michal Cekovsky and forward Ivan Bender missed time with injuries, while Jackson played most of his average 27.8 minutes at power forward.

Gill said learning to play center made him “overwhelmed.” He studied what to do on each play and gained a knack for defending ball screens. The Chesterfield, Virginia, native watched extra film and stayed after practice hoisting free throws, jump shots and working with coaches.

“He really has just done whatever I’ve asked and done it with a great attitude,” Turgeon said March 3. “There’s a lot of things this kid’s done to really help this team.”

After admitting he was “thinking too much,” Gill said he settled in. While he struggled to stay out of foul trouble in some Big Ten contests, he controlled Maryland’s paint in others.

In the Terps’ conference-opening win against Illinois on Dec. 27, Gill notched six points and seven rebounds in 23 minutes. He scored seven points in each of Maryland’s victories over Indiana and Rutgers in January.

Gill’s goal when he transferred to Maryland was to compete in the NCAA tournament for the first time – a feat he accomplished Thursday in Orlando, Florida, when he played six minutes.

Gill said it’s “tough” to know he’ll never wear a college jersey again, but the relationships he built with his teammates, ones he said will “last forever,” were the largest takeaways from his year in College Park.

“We’re going to miss him,” Huerter said. “It kind of sucks we only got to play with him for one year.”