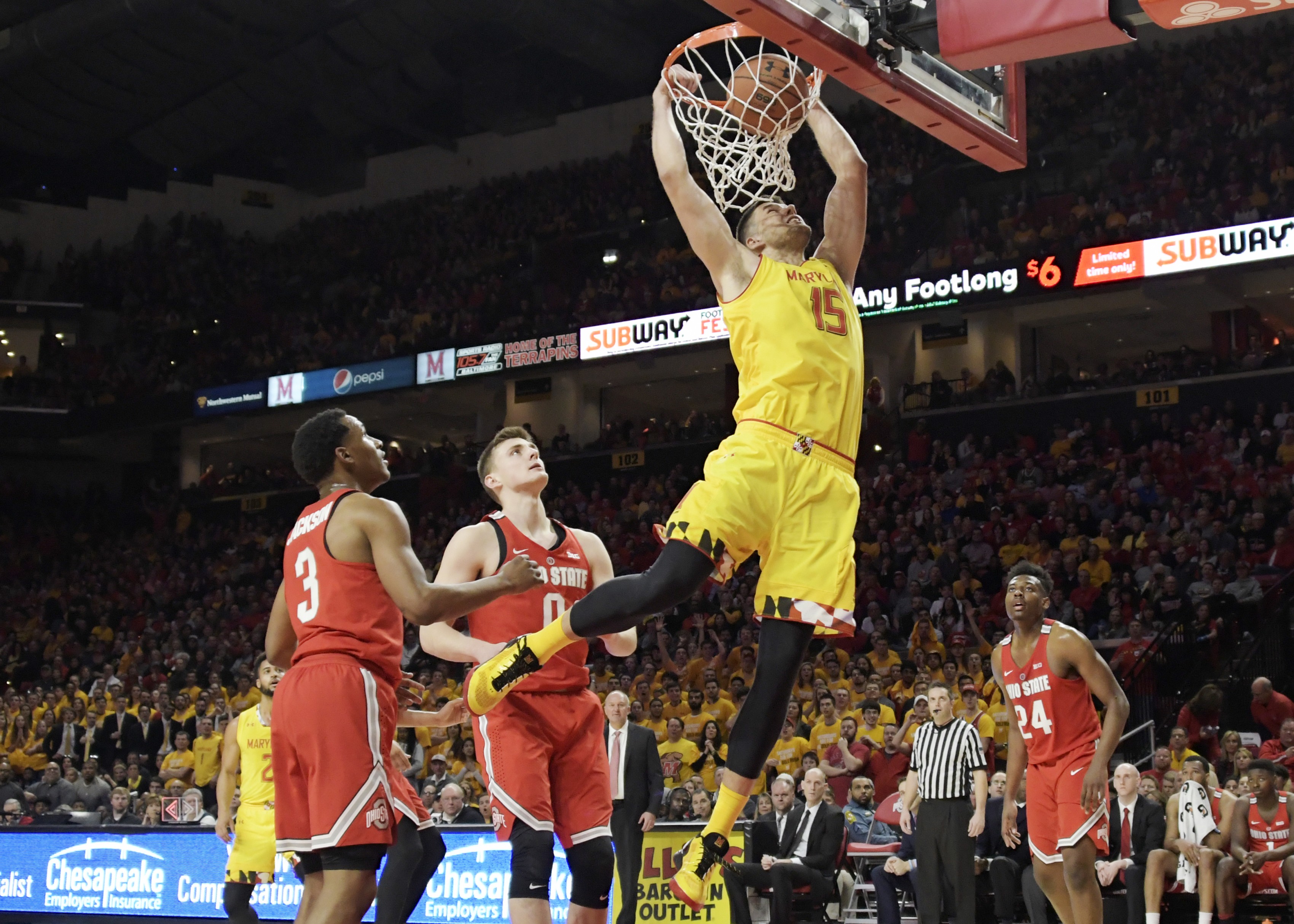 Center Michal Cekovsky pressed his face to the court late in the Maryland men’s basketball team’s loss at Wisconsin on Feb. 19 and grimaced in the pain of his fractured left ankle.

After driving through the paint, Cekovsky had tumbled to the floor. So, too, did the Terps’ hopes for postseason success.

Sure, hindsight is 20/20. After Maryland lost in its Big Ten tournament and NCAA tournament openers, it’s easy to point to Cekovsky’s void in the frontcourt as the team’s undoing.

But the Terps battled foul trouble and lacked offensive production and opposing defenses’ respect in the contests, and Cekovsky, who averaged 7.6 points in 17 games, would’ve been a major boost.

“We didn’t finish the season like we wanted to,” coach Mark Turgeon said after the 76-65 loss to Xavier on Thursday night. “We were never the same team after Ceko got hurt, after the Wisconsin game, but we never stopped trying to be that same team.”

Cekovsky’s absence was obvious, as the Terps lost four of the last six games he missed.

The frontcourt combined for 12 of Maryland’s 64 points, while the Wildcats defense crowded the perimeter with little offensive threat down low.

“They pushed us out a little bit further than what we’re accustomed to,” Turgeon said after quarterfinal game, the program’s earliest conference-tournament exit in three Big Ten campaigns.

A week later, when the Terps traveled Orlando, Florida, leaving Cekovsky in College Park, they endured more struggles in the paint.

Xavier relied on a zone defense for stretches in each half, and Maryland struggled to break through down low. The squad managed some success in the first half when it attacked the middle of the zone, but they never found a post option to feed over the defenders.

That left the Musketeers free to mirror Northwestern’s approach and hound the outside shooters. Maryland shot 26 percent (7-for-27) from deep.

“Just couldn’t knock them down,” guard Melo Trimble said. “Unfortunately, that’s been how it is all season.”

It’s not to say a healthy Cekovsky would’ve prevented Maryland’s downfall. After all, he battled injuries throughout the season, and the Terps weathered that absence to record five victories in six outings to start league play.

But in limited minutes during conference action, the Slovakian junior flashed glimpses of the immense progress in awareness, aggression and technique Turgeon lauded entering the season.

Now he’ll have to endure an offseason of rehabilitation after having surgery a few weeks ago to prove he can contribute next campaign, when the Terps’ tournament expectations are poised to increase.

“I really hope that recovery is gong to go really fast and as planned, and everything is going to be good with his ankle,” Bender said. “He’s got time. He just needs to be patient.”