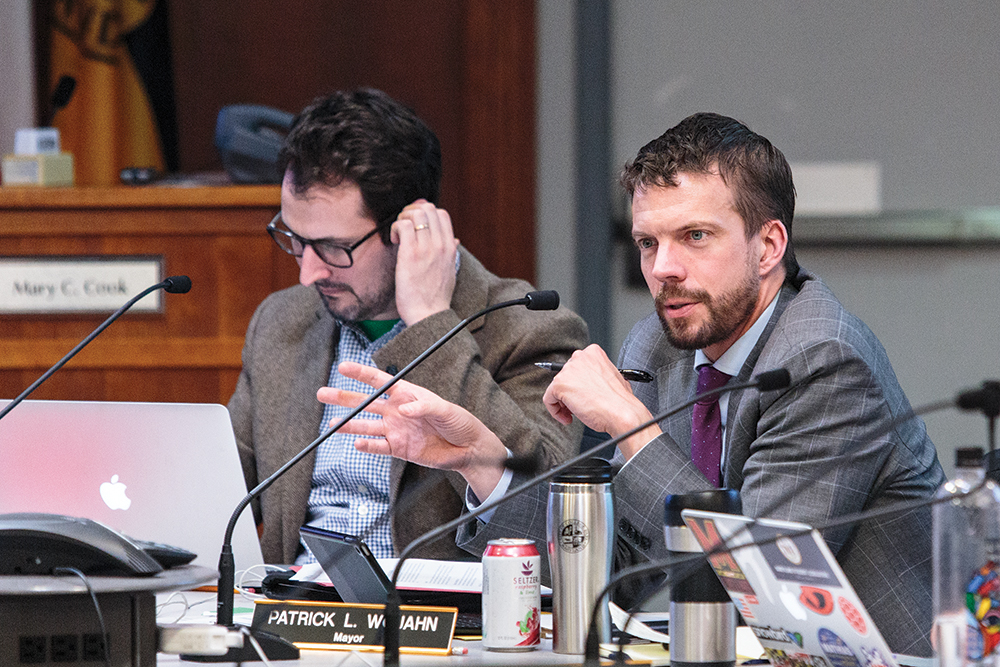 College Park Mayor Patrick Wojahn is speaking with members of the Trump administration and strategizing different ways to advocate for this city’s interests during the National League of Cities’ annual conference, which began March 11.

Forty-nine state municipal leagues — sometimes representing multiple cities — are active in the NLC, which consists of city leaders from across the country. The organization provides resources and cost-saving solutions to help these leaders improve more than 19,000 cities, towns and villages.

“It’s [a] very, very valuable organization to participate in,” Jordan said. “We have workshops and there’s a lot of networking.”

In addition to attending these conferences, Wojahn and Jordan also serve on specific NLC committees. Jordan is on the Community and Economic Development committee, while Wojahn serves on the NLC’s Board of Directors and is also a member of the Legislative Action Committee.

During the conference, Wojahn said he hopes to discuss some of Trump’s new legislation, particularly pertaining to immigrants, with different members of his administration.

“As much as some of the things that they’ve done so far have raised concern — and I’m very concerned about how some of these things will play out — I do hope that we can also work to find common ground with the Trump administration,” Wojahn said. “I’m looking forward to any opportunity we can to speak with members of the Trump administration about the impacts that … [new legislation] is having on communities in College Park.”

Jordan added he would like to hear from other cities on how they’re handling challenges with legislation from the EPA — specifically surrounding climate change and the Keystone Pipeline — as well as immigration.

“I’m very interested to talk with my peers from municipalities across the country to get their impression and their thoughts about how the new administration’s policies will affect their cities,” Jordan said. “We’re just really in a very challenging time where we really don’t know what the impact a lot of the national policies coming out of the White House and Congress will have on local government.”

One of the scheduled conference speakers for March 13 was newly appointed Attorney General Jeff Sessions; however, the group was informed a day before the conference that Sessions could no longer speak because of a Cabinet meeting, according to an NLC email.

Despite his absence, both Wojahn and Jordan said they would use this conference as an opportunity to confer with city leaders around the country who face similar issues surrounding new policies, infrastructure and investments.

“It’s an important time for us to hear about national policies that are coming out of the White House,” Jordan said. “But also to talk with our peer municipalities across the country about how we can best advocate for cities in the context of national policy.”