We commend the “A Day Without a Woman” strike. Now we must continue its work. 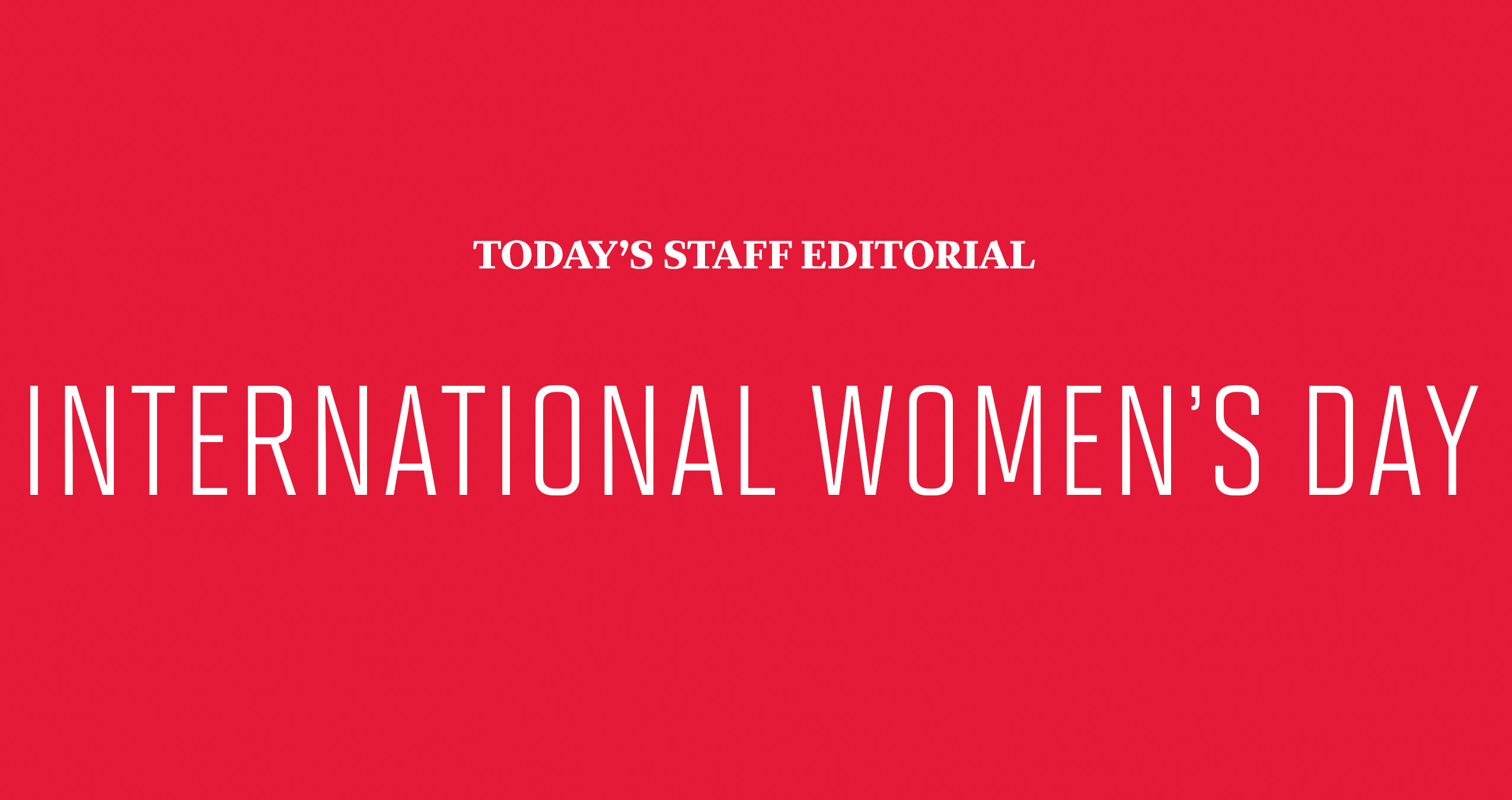 In January, protests against newly-elected President Trump became an international rallying cry for women. Marches overtook cities across the globe as women and other marginalized communities turned shock, fear and outrage at the new administration into a political movement. Six weeks later, on International Women’s Day, organizers of the Women’s March on Washington joined other grassroots organizers to sustain that movement in the U.S. with A Day Without a Woman, a labor strike meant to underscore women’s economic and professional importance.

University of Maryland students and faculty participated in Wednesday’s movement by canceling or skipping class, or protesting gender inequality on McKeldin Mall. The women’s studies department was closed Wednesday for the strike, and Prince George’s County schools joined other public school systems in closing due to the number of staff members who requested leave.

In a faculty-wide email, Provost Mary Ann Rankin emphasized the faculty attendance policy without reffering to the protest. “Students enroll in courses, and departments schedule course teaching assignments, with the expectation that the classes will be taught by the assigned faculty members,” she wrote. “Faculty are, therefore, expected to convene all classes for the entire stated time.” This university employs 5,379 female professors, lecturers and instructors.

Three out of five members of this editorial board are women. Though most of its staff members are women, The Diamondback is part of an industry that, like most others, lags behind in female leadership and representation. Fair, accurate and tenacious reporting requires diversity. It requires women and minorities to have the opportunity to cover news, the arts and sports. It demands diversity in experience to provide enriching commentary, columns and analysis. We commend everyone participating in this necessary movement to raise awareness of flaws in a workforce that relies on women, yet undermines and undervalues them every step of the way.

Participating in A Day Without a Woman can mean staying home, wearing red in solidarity or boycotting businesses that aren’t women- or minority-run. It can mean engaging in and debating issues affecting marginalized communities. It’s not realistic to ask everyone to take a day off from work, and to do so would alienate an entire group of women, as U.S. labor law does not protect workers during all strikes. But it is realistic to ask everyone to consider the value of women in their professional lives, and question whether our labor force rewards or punishes them for their gender.

One day may not bring about meaningful, permanent policy change that addresses the gender pay disparity, or the barriers preventing women from upward mobility in their careers. The current administration does not seem to prioritize the two issues, and while Congress is more diverse than it has ever been, just about 19 percent of those drafting legislation have first-hand experience with the issues women face in the workforce.

It is necessary to acknowledge that for every bit of progress and every women’s march, women are still underrepresented in science, medicine, law, business, politics, journalism and the arts. They’re rarely the focal point of textbooks, even when they play major roles in historical events. Workplaces would not function without women, or at least would not function to their full potential. The Diamondback certainly wouldn’t. This editorial board commends everyone who took today to acknowledge the significance of women in the economy and the labor force. It’s important that acknowledgment lasts longer than 24 hours.