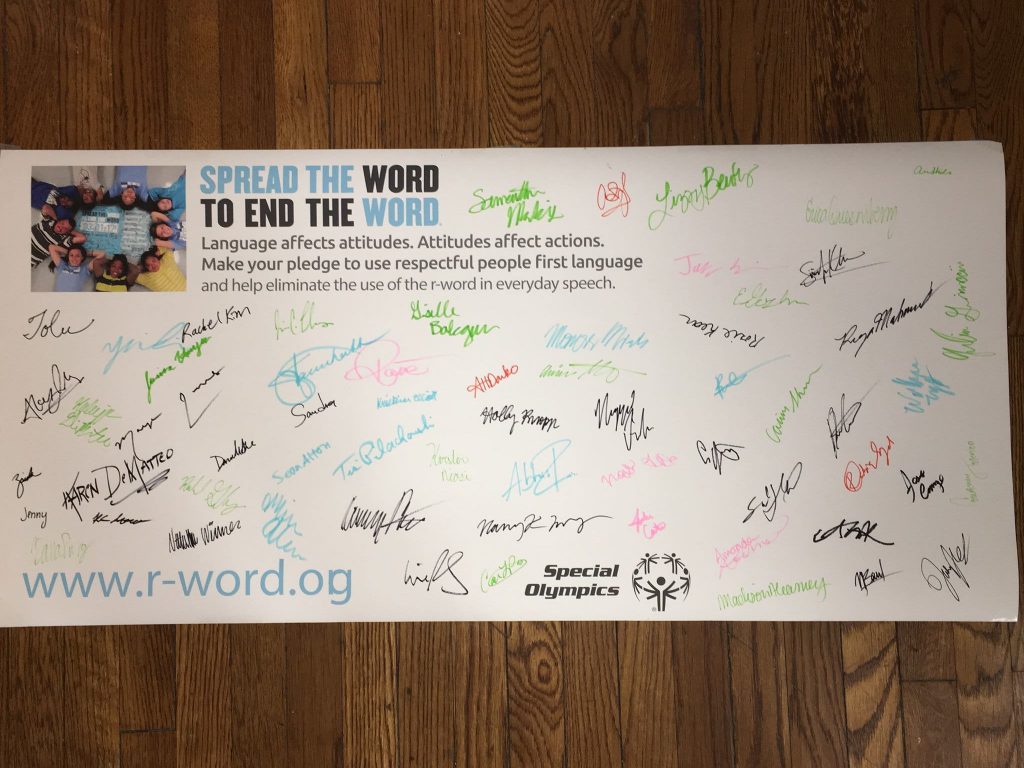 Nancy Morgan first saw an opportunity to bring a Special Olympics club to the University of Maryland after she coached the Prince George’s County Special Olympics golf team during the fall semester.

“I realized there wasn’t much Special Olympics awareness or involvement on campus,” said Morgan, a sophomore kinesiology major and president of the Special Olympics College Club at this university.

In response, Morgan and three other students in her Public Leadership Scholars program started the club — the only college chapter of Special Olympics in Maryland, said Holly Knopp, a sophomore enrolled in letters and science and secretary of the club. The group, which has about 50 members, is working with both the Special Olympics chapter in Prince George’s County and the Maryland chapter. The Student Government Association approved the club in January.

Having a Special Olympics program promotes inclusivity on the campus, and the organization benefits greatly from the energy of college students, Morgan said. College students in the chapter can attend events with special needs individuals from nearby schools and the surrounding area.

“Every college in the country has the potential to have this club,” Knopp said. “We think that it’s important to bring that here.”

The organization is planning to establish an intramural sports league for local Special Olympics athletes to play together with college students, Morgan said. It also will organize trips to sporting events in Prince George’s County for Fans in the Stands, where Special Olympics athletes in this county would be able to sit and watch games such as soccer from the stands.

The group plans to meet once a month, and had its first meeting on Feb. 15.

Best Buddies, a national organization with a chapter on this campus, also works with special needs individuals. Special Olympics is different because it focuses on larger community involvement from the campus rather than one-on-one interactions, Morgan said.

One of the group’s first actions was tabling in Stamp Student Union on March 1 for Spread the Word to End the Word, a national campaign asking people to pledge to stop using the word “retard.”

“The r-word is something that gets used and not mentioned,” Morgan said. “A lot of people throw it around and have really changed the meaning behind it.”

The campaign focuses on replacing that word with “respect,” she said. The group got 62 signatures while tabling.

[Read more: Programs for those with intellectual disabilities not found at UMD]

Freshman engineering major Amanda Loubnan stopped by the Special Olympics table and signed the pledge. Loubnan, who hadn’t hear of the campaign before, said choosing not to say the r-word is a sign of respect to people with special needs and “preserves the person’s dignity.”

Morgan added that the word is tied to the identities of people with special needs.

“When people use it in a derogatory way, it’s really detrimental to their mental health,” Morgan said.

Sophomore math and secondary education major Rachel Kim said some people who visited the table had to ask what the r-word was.

“Once a word becomes slang, it becomes really hard to stop it, especially when it’s used frequently,” said Kim, who is the treasurer of the club. “But every signature helps.”

The organization is partnering with Phi Chi Theta for the Inspiration Walk, an annual fundraiser for this county’s Special Olympics chapter that raises money for athlete uniforms and events. The walk will be April 8.