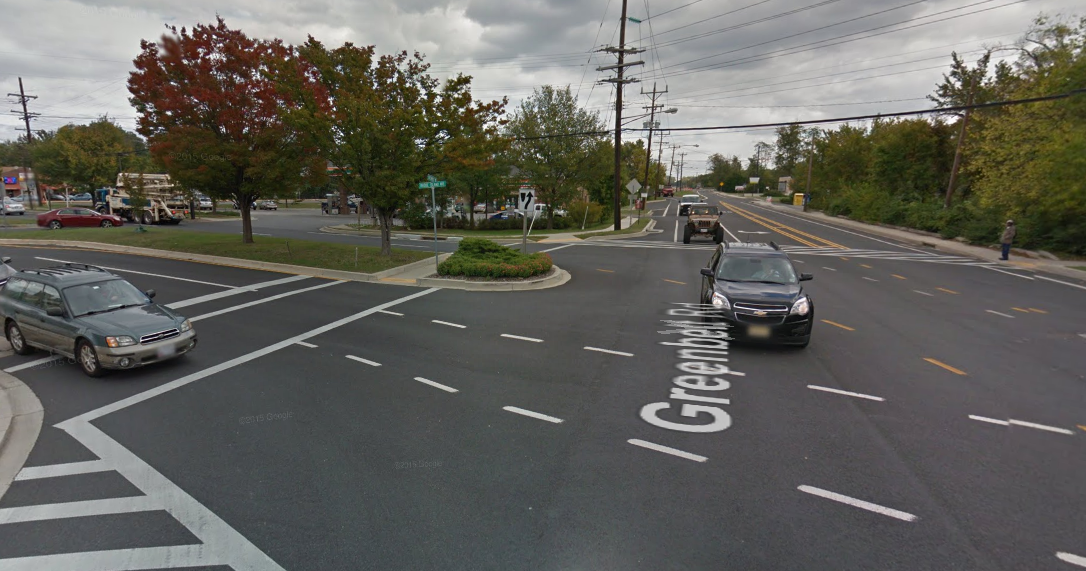 The city of College Park and SHA officials are working together to restructure and redesign the Greenbelt Road and Rhode Island Avenue intersection to address traffic and safety concerns.

The redesign will include implementing shortened concrete medians between opposite traffic lanes, as well as creating perpendicular crosswalks, District 2 Councilman P.J. Brennan said. These medians will also narrow the road, which will, in turn, decrease traffic speeds, he added.

This design plan proposal is close to being finalized, Brennan said, and during the City Council’s Feb. 21 work session, the SHA said they would be able to make these changes by this summer if the plan is approved. Brennan noted he’s not too concerned about the construction’s impact on Greenbelt Road, adding that he thinks the crews will get it done fairly quickly.

[READ MORE: The College Park City Council isn’t on board with some government-proposed road changes]

The new design will create a haven for pedestrians trying to cross the intersection, said Laurie Lemieux, who owns Proteus Bicycles located on Route 1.

“[The design] allows somebody who is not motorized, someone who is walking or biking, to get halfway across the intersection and have a safe place to wait until the traffic on the other side or when the traffic stops like it’s supposed to,” Lemieux said.

In addition to this redesign, the city and State Highway Administration also blocked access to Rhode Island Avenue for drivers traveling westbound toward Route 1 on Greenbelt Road a month ago, Brennan said. The move was meant to improve safety for bicyclists, pedestrians and automobile traffic.

“You can no longer take a left at that intersection where Rhode Island and Greenbelt meet,” Brennan said. “By closing Rhode Island Avenue, you’re eliminating one of those major conflicts that are happening at this intersection that we’re trying to manage a lot better.”

Greenbelt Road has a lot of moving parts, he said, and this intersection has been discussed with the community since the SHA first approached the city in fall 2015 about re-striping Greenbelt Road.

Drivers often speed on that road, which has two lanes of opposing traffic and a speed limit of 30 mph, Brennan said. This speeding — paired with pedestrians and bicyclists trying to cross two lanes of traffic — is a scary combination, he added.

Lemieux, a Greenbelt resident, echoed the danger of this crossing.

“We were really surprised that we haven’t gotten a death at that crossing yet,” Lemieux said, although there have been crashes at the intersection. “It’s bound to happen if traffic doesn’t slow down. It’s so rare for anyone to stop there for a pedestrian or a cyclist.”

Marina Dullnig, another Greenbelt resident, said she is not in favor of the road closure, noting that this intersection has always been “faulty” and “deficient.”

Brennan agreed that this solution is not ideal.

“We reviewed this over and over again, and we came to the conclusion that there’s really no other solution to really solve this problem than to close the road,” Brennan said. “We don’t want to close connections in our community, but I think for the safety [of] all people involved … this is the better solution, at least for now.”

While the change could pose an inconvenience for those traveling in the area, Lemieux said she’s grateful for these safety implementations.

“Anything that slows traffic down is helpful,” she said.