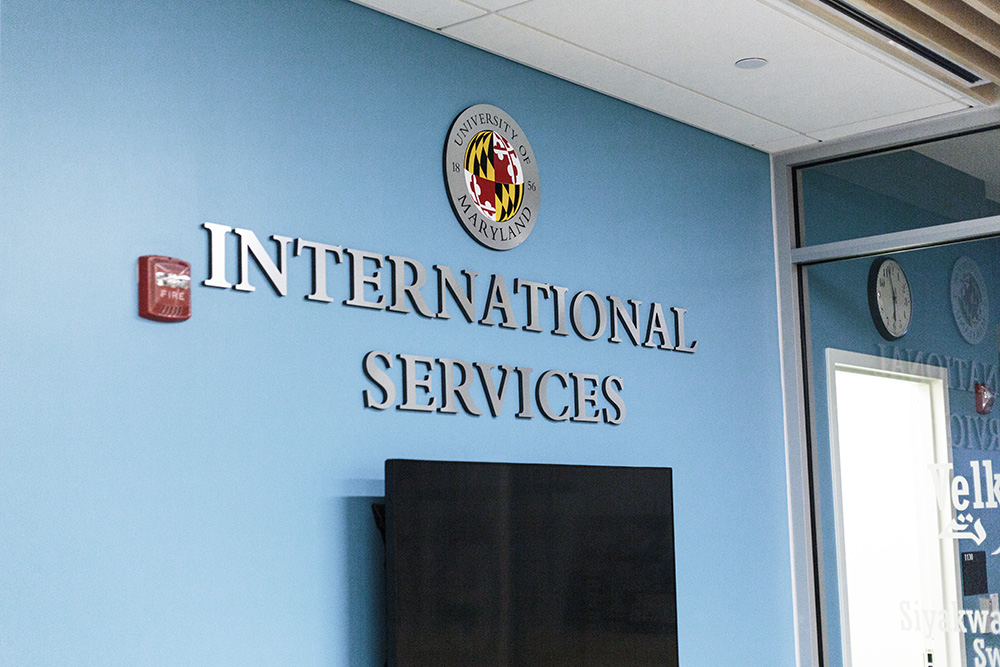 The University of Maryland is planning to implement a mandatory fee for all newly enrolled students who are not U.S. citizens or permanent residents by fall 2017 in an effort to aid the Office of International Affairs.

This university projected that the fee would generate $90,000 in revenue from undergraduate students and $393,687.50 from graduate and doctoral students, according to a document from the university’s provost office.

“This fee will not apply to existing or online students, and will be disclosed to new students prior to their acceptance of admission,” Cynthia Hale, associate vice president for finance and personnel in the provost’s office, wrote in an email.

Stephanie Cork, a kinesiology doctoral student from Canada and Graduate Student Government president, said university administration did not ask GSG or the graduate school for their input on the fee.

The fee is similar to what other Big Ten schools have in place; the University of Michigan, University of Iowa and Penn State all have fees for international students.

“If other Big Ten schools do this, we simply request that the fee goes through the same process as every other fee,” Cork said. “We haven’t been given a student voice.”

Mandatory fees and room and board have to go through a five-step approval process, including recommendations by the Committee for the Review of Student Fees, which consists of university officials and students who advise the president and the cabinet on mandatory and non-mandatory fee proposals. The committee has not been involved with the international student fee, Cork wrote in a message. She said almost no one knows that the fee will be effective fall 2017.

Roozbeh Bakhshi, a mechanical engineering doctoral student from Iran, said the fee “came out of no where.”

“There were no announcements. It just showed up on the website,” he said. “I really would like to know what the justification for the fee is.”

Growing costs for international students may restrict who can come to this university, Cork said. For example, international graduate students who do not hold a degree from an English-speaking country and fail the English language proficiency tests must attend mandatory English classes that require additional fees.

[READ MORE: A UMD student is scrambling to return to the U.S. amid Trump travel ban suspension]

“If these fees keep increasing I don’t know if I can stay at the University of Maryland,” she said. “It makes international students feel like they are not wanted at this school. This [university] administration makes me feel unwelcome.”

The fee also comes at a time where international students may be wary of coming to U.S. schools as a result of President Trump’s immigration policies, Cork said. Trump signed an executive order Jan. 27 barring citizens of seven predominantly Muslim countries from entering the United States for 90 days. The order also suspended the entry of all refugees into the country for 120 days, and suspended the entry of Syrian refugees indefinitely. The ban — which was later blocked by a federal judge — affected about 350 members of the university community, most of whom are graduate students, post-doctoral researchers and visiting scholars, university President Wallace Loh wrote in a message on Jan. 31.

A Sudanese doctoral student is still trying to return to the United States after he traveled home during winter break and was in the midst of renewing his visa when the ban was put in place.

Projections show that this university has considered implementing the fee since at least 2015.

Cork said Ross Lewin, associate vice president for International Affairs, and the provost’s office need to improve transparency with the fee and anything else that might impact international students.

At GSG’s February meeting, Cork told the GSG the fee was approved, and many students were not aware the fee was under consideration.

The international affairs office did not return repeated calls for comment. Assistants in the International Students and Scholars Services office and in the bursar’s office said they were not aware of the fee.