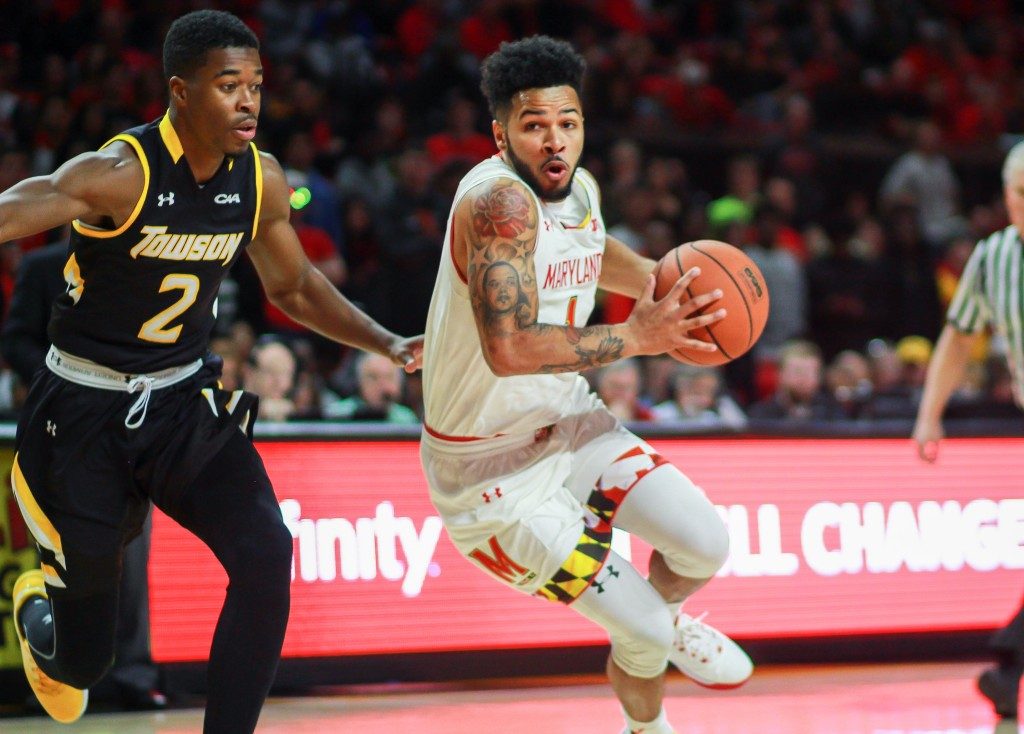 Jaylen Brantley walked slowly out of Maryland men’s basketball coach Mark Turgeon’s office Oct. 19, 2014, and to the middle of the Xfinity Center court for the final step of his official visit.

Brantley had attended “Midnight Madness” to start the weekend. He had also watched Maryland football’s homecoming win over Iowa.

But Sunday morning, Brantley was the focal point as Maryland’s staff, and his mom and uncle waited for an announcement.

Cornelio Cayode remembers his nephew declaring “I’ll be in College Park.” Angela Cayode remembers her son saying he wanted to be a part of the Maryland family. Assistant coach Dustin Clark remembers the tears, the smiles and the back slaps from his fellow coaches upon securing an important piece of the 2015 recruiting class.

They all remember the hugs.

Read the rest of the feature here: